4
Hot Picks: Survival Of The Species 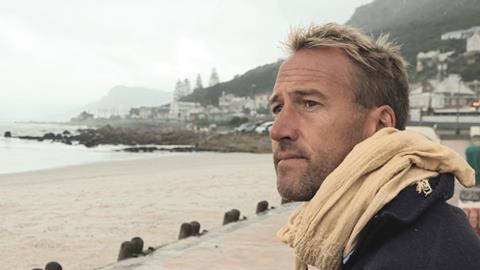 Hot Picks: Survival Of The Species

“I wanted to create a series that started a conversation, without having an opinion”

Amiable adventurer Ben Fogle provides a route in to the complex, and often distressing, subject of humanity’s impact on wildlife in this new documentary.

In Survival Of The Species, which went into production in August, Fogle and a team of wildlife experts travel across Africa learning about the continent’s wildlife, meeting with poachers, anti-poaching volunteers, hunters, conservationists and black-market agents.

Examining subjects such as rhino horn poaching, trophy hunting and deforestation, Fogle also looks at some of the controversial methods used to preserve species.

The series is produced by South Africa-based Oxyg3n Media.

Series creator and Oxyg3n cofounder Rebecca Fuller-Campbell, who moved from the UK to Africa, says: “Through my exposure to Africa, it really became clear to me that there are many dynamics to wildlife and conservation. The human impact is always frowned upon. I wanted to create a series that started a conversation, without having an opinion. Conservation is nothing without a conversation.”

It’s the first show that DCD Rights has invested in from Oxyg3n, through taking international rights. DCD factual acquisitions manager Philippa Chuter says: “The mix of an expert popular host in Ben Fogle, the stunning and exotic backdrop of Africa and the important environmental message hooked the team’s interest.”

Shot in 4K, the show makes the most of Africa’s wildlife and diverse locations. One of the big challenges of making it was time: given the huge size of the continent, it could often take three days for the production crew to reach a location, says Fuller-Campbell.

DCD head of sales Rick Barker says that what sets Survival Of The Species apart is its sheer scale in looking for solutions to the threats facing wildlife.

Fogle, he adds, is known globally for his adventurous exploits and has a strong identity with both male-and female-skewing channels. The key territories, he believes, will be the UK, US, Canada, Europe and Australasia. It will also appeal to 4K channels.

Barker says: “We see this as a natural cross-platform series that will sit on both traditional linear television, with PSBs being interested due to its blue-chip quality, and also appealing to SVoD platforms that look to showcase strong personalities such as Ben.”