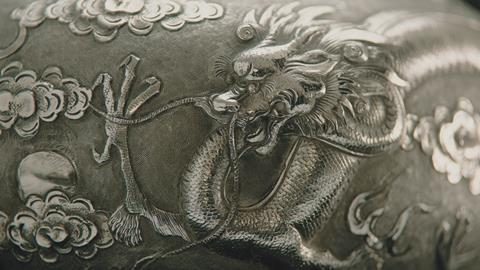 At first glance, Empires Of Silver looks to be a straightforward history of the precious metal, but it is much more than that.

Filmed in 4K, this is an impressive-looking Chinese-funded series made by Bafta and RTS-winning UK indie Matchlight that reveals how silver helped to shape the history of the world from the 16th century to the present day.

The series puts China, which has often been overlooked by Western historians, at the heart of the story, uncovering connections between the Chinese, Spanish and British empires, as well as the US, through silver.

For example, the documentary shows that the wealth that enabled the Spanish to launch the Armada of 1588 actually came from sales to China of raw silver, mined in Spain’s new South American colonies.

Without Chinese demand for vast quantities of silver, the vast Spanish Armada might never have sailed.

It also profiles one of the richest men in the world, a Chinese merchant called Howqua, noting how the deals he struck – for silver, tea and opium – helped build America, shaping the fortunes of prominent families like the Roosevelts.

Today, China is once again the world’s largest importer of silver, fuelled by its solar panel and electronic manufacturing boom.

TVF International acquisitions manager Julian Chou-Lambert says Empires Of Silver reconnects China to its central role in the world’s economic history and shows how China’s need for silver has driven the rise and fall of fortunes and empires across the planet.

“The sheer amount of new discoveries and insights that counter traditionally held Western views of history is very exciting,” he adds.

Empires Of Silver is co-developed and co-produced by Matchlight and China-based arts and media business Ei-China/Ei Asia.

Paul Dong, chief executive and founder of Ei-China, had first approached Matchlight in 2017 with the idea of developing and co-producing documentary series about China, its culture and history, for the international market, using a mix of UK and Chinese production talent.

Empires Of Silver was shot all over the world, with locations and experts from Asia, the US, Russia, South America, the UK and Europe.

The production team filmed at altitude in working Bolivian silver mines, in the Tsar’s palace in St Petersburg and across China, from the Forbidden City to the solar-cell factories in China’s industrial heartland.

Key challenges during production included the reconstruction of costumes and sets that would stand up to the gaze of 4K cameras, as well as working across a large span of international locations.

Chou-Lambert says the series draws on the expertise of academics in universities across North and South America, China and Europe.

Matchlight and Ei China/Ei Asia approached TVF early on. The distributor has experience of developing and distributing Asian and Chinese-produced factual internationally and helped to ensure that the series would have strong appeal around the world.

TVF was also involved in shaping the project, with Chou-Lambert acting as a script editor on the series.

“Working closely with the producers, we have been able to present an essentially Chinese perspective of world history combined with the strongest Western editorial values and independence,” he says.

TVF represents the series for worldwide rights and has secured pre-sales with Foxtel in Australia and BBC Arabic in the Middle East and North Africa (MENA).

Chou-Lambert says TVF also has offers on the table from channels and platforms in the Americas, as well as interest across Europe and Asia.

“Given the scale and scope of this programme, and its universal appeal, we expect the series to sit on major VoD platforms as well as linear – pay and free – in many individual territories across the globe,” says Chou-Lambert.