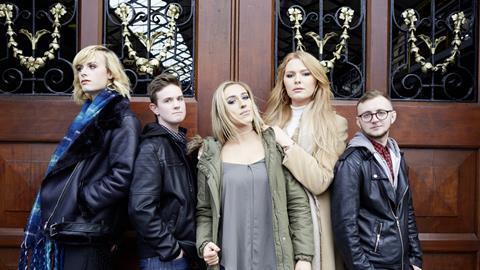 “We’ll be targeting all audiences. There is no specific place I think it won’t work”

There has been a huge rise in awareness of transgender issues in recent years, fuelled by media interest.

Documentaries such as ITV’s Transformation Street and BBC2’s Transgender Kids: Who Knows Best? , and the casting of the first transgender role on soap Emmerdale, have further put a spotlight on the subject.

My Trans Life is a notable addition to the genre. Filmed over two years in Ireland, this access doc from producers Zucca Films and That’s A Wrap TV offers an intimate portrait of the lives of five young transgender people.

It’s a pertinent story for Ireland: in July 2015, Irish citizens were given the right to change their legal gender based on self-identification alone, without medical or state intervention, making Ireland one of just five countries in the world with such legislation.

RTÉ head of programme sales Edel Edwards says that by focusing on the journeys of young people to transition, the doc sheds a huge light on the subject.

We meet, for example, Dubliner Nicky Manning, who was gendered female at birth and has recently undergone a hysterectomy and a double mastectomy.

There’s also a trans couple – Jamie O’Herlihy from Cork and Harry Matthews from Northern Ireland – who live together in north Dublin and would like to start a family.

The doc’s origins go back to a project about youth employment that the producers were making.

During production, one of the participants came out as transgender, and it quickly became clear how difficult a decision it was – and how little knowledge many people had about the reality of life for transgender people.

The idea was pitched to public broadcaster RTÉ, which commissioned an hour-long programme in 2016 – rising to two hours during the two-year production period. “It’s been a massive commitment for the producers to see this through,” says Edwards.

My Trans Life has since been submitted to the Mipcom Diversity Awards and has been nominated in the doc category for the Prix Europa.

Edwards says RTÉ would like to take the programme much further afield than English-language territories, particularly to Asia and countries like Germany and Scandinavia.

In terms of audience, she says My Trans Life may be about young people, but it will be of interest to anyone who wants to know more about the subject. “We’ll be targeting all audiences,” says Edwards. “There is no specific place I think it won’t work.”