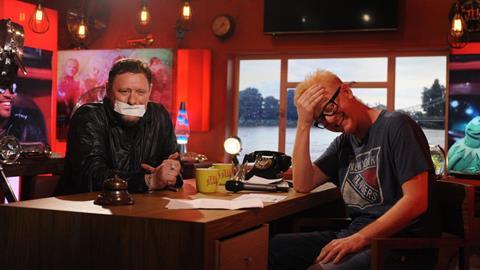 Year 8. Lynx Africa. Bowl Cuts as far as the eye can see. A regrettable leather jacket my mum really should have stopped me ordering from the catalogue. First kiss. (Actually, that was not until year 10, but word by the school benches was that I had, so who was I to correct them?)

Filling up empty Panda bottles with urine at the end of school on a Friday and putting them under the back tyres of the Arriva 101 Bus before standing back and admiring the explosive results. Oh those hormone-filled wonder years. Everyone did that, right?

But that wasn’t the highlight of my Friday night, not even close. 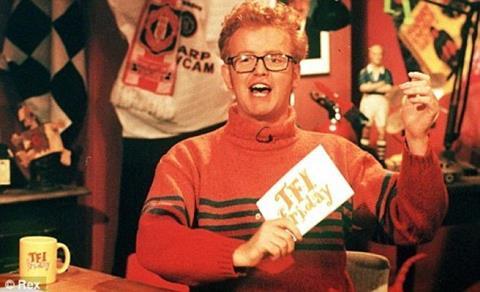 My mate Darren’s older brother in Year 11 had made it compulsory to watch this new show called TFI Friday. I’d obviously not been cool enough to watch episode one and catch-up was a thing of our dream filled futures, but from episode two onwards I wasn’t just hooked, I was changed.

Before long, tall tales of my TFI viewership were giving me kudos at my loser-filled all-boys grammar school, where other people’s parents had stopped them from watching (fucking) Shaun Ryder swear before teatime. Losers.

Thankfully my Mum didn’t care enough to come home from the pub on a Friday afternoon and so there I was, on a Monday, retelling the things I’d seen to disbelieving ears. The girl who cried milk, fat lookalikes and the greatest music I had ever heard.

“It was YouTube before YouTube. All of a sudden, nothing seemed off limits to me or my friends. It was intoxicating, mind-altering and utterly thrilling.”

This was a show that casually connected my generation to the genius of Britpop at the height of its powers, before we were even old enough to go to a real gig or buy a drink. So there I was, front row for Manic Street Preachers, Ocean Colour Scene, Skunk Anansie, Albarn, Gallagher and Cocker. I thought to myself, yes, I should grow my hair longer and there were haircuts beyond the bowl variety.

And then there was the ugly bloke strand. An ugly guy, he came out, said a few things, everyone celebrated his ugliness, everyone laughed and it was ok. Can you imagine being able to do such a thing now? 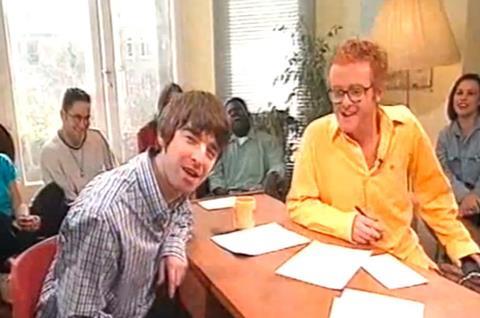 And yet it was feelgood, warm and funny. Turns out, TV was mainly about pratting around and having a laugh and we were all a part of it at home.

It was a land where you could hang out with Michael Caine in black-and-white and ask him stupid questions whilst impersonating him, throw some stuff out of a window and watch some kids stare each other out for money.

It was exciting, feral and wild. It was YouTube before YouTube. All of a sudden, nothing seemed off limits to me or my friends. It was intoxicating, mind-altering and utterly thrilling. Do try this at home.

Before long, our lunchtime games in the playground were getting more extreme. Thanks to TFI Friday, I was in detention ever more regularly, forever on report.

Eventually, I received my all-time favourite award: a report card from my least favourite teacher that said fittingly: ‘If Ross thinks sitting at the back of class making up stupid games with his friends will ever get him anywhere in life, then he is sorely mistaken.’

Thanks TFI Friday. I owe you my career.

And fuck you, Mr Thomas – not only did I still get an A in your boring Chemistry class but I now have the greatest job in the world. And it’s ok to swear, because that’s what Shaun Ryder did. 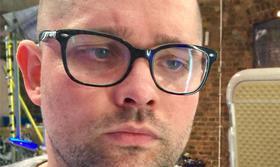