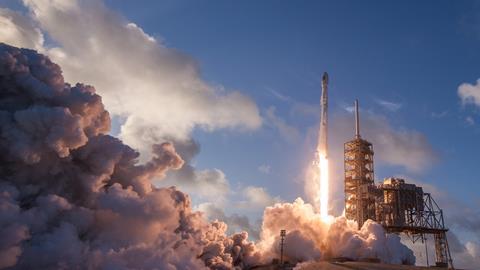 ‘There is a massively increasing middle class in Asia and many more people with access to content and a willingness to pay for it. We’re tapping into that’

Indian Space Dreams hits Mipcom as demand booms for stories about the Asian super-state, which is set to overtake China as the world’s most populous country, according to UN projections. India is emerging as a global economic force and with that has come its entry into the space race.

The documentary, which is part science story and part cultural and social observation, follows a team of scientists in Mumbai as they prepare to launch the country’s first astronomical satellite. Their mission began in 2001, and the doc follows them over the final six years of the project up to launch.

TVF International (TVFI) head of acquisitions Will Stapley says it is the first time a film crew has gained access to an Indian space mission – a key selling point for buyers to consider.

He adds: “There are lots of meaningful series coming out of Asia right now. There is a massively increasing middle class there and many more people with access to content and a willingness to pay for it. We’re tapping into that.”

Stapley says Indian Space Dreams is not purely a look into the science and technology fuelling the effort but is also “a window into modern India – it looks at the successes of the programme but also at the people working on the mission”.

The doc, which Stapley calls “an inspiring story”, points out how scientific achievement can act as a catalyst to help people fight their way out of poverty, while also looking at the societal pressures on the scientists – noting one story in which a female staff member is under pressure from her family to leave her work and marry.

TVFI came on board after Spring Films pitched the idea, providing a distribution advance to enable the UK indie and co-producer Sequoia Films to create a market-friendly international version ideal for a commercial hour.

Stapley points to the production credentials behind the doc – Spring is an Oscar-nominated UK indie that last year produced Channel 4’s much-acclaimed doc series Prison, while London-based Sequoia is the production outfit of doc-maker Sue Sudbury, who has created singles such as C4’s The Liquidators and Gay Farmers.

“It is great to have reputable producers behind the doc,” he says.

The film will play at festivals and theatres around the world, which TVFI hopes will increase the chances of getting it in front of SVoD buyers eager to stock up on science docs. It has a unique score created by composers Dru Masters and Samuel Sim, which adds to the epic nature of the central narrative.

TVFI already offers plenty of blue-chip space content from territories such as the UK, US and Germany, and will be talking to public service broadcasters and commercial pay-TV services about Indian Space Dreams deals in Cannes, with two agreements understood to have already been struck.

Stapley notes that not having a commissioning broadcaster gave the film-makers extra flexibility to experiment.

“The fact a broadcaster didn’t come on board and dictate the structure makes this a unique documentary,” he says. “India’s space programme has been in the headlines a lot recently for its launches. This story will have massive appeal now that India is in the space race.”