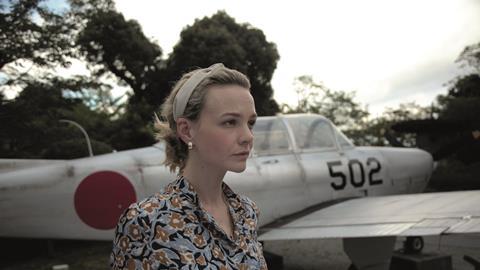 ‘Every country in the world played some part in the war. We’re really excited about that potential’

Helena Bonham Carter, Carey Mulligan, Kristin Scott Thomas and Mark Rylance all have grandparents who served during World War II. In My Grandparents’ War, the actors find out exactly what their relatives did during the six years of global conflict.

The Wild Pictures-produced programme will coincide with the 80th anniversary of the start of WWII in 1939.

“Many of our grandparents served in the war, and the vast majority of them didn’t feel as though they could talk about it when they returned home,” says Wild Pictures executive producer Tom Anstiss. “These actors had intimate and loving relationships with their grandparents but have a host of unanswered questions.”

Anstiss’s own grandfather was a veteran and the exec found that his colleagues were equally in the dark about what their grandparents went through, spurring him on to develop the concept for the show.

While each episode is authored by a celebrity, they are not purely about their own grandparents’ experiences. Instead, they shed light on a specific chapter of the war. “We really want this to be inclusive and about all of our shared histories,” says Anstiss.

The all-encompassing nature of WWII bodes well for the accessibility of the programme for international audiences. It follows the stars all over world, with Rylance visiting Hong Kong and Mulligan taking a trip to Japan.

“When My Grandparents’ War was pitched to us, it was a slam dunk for international distribution,” says DRG executive vice-president of sales Elin Thomas. “Almost every country in the world played some part in the war. We’re really excited about that potential.”

Thomas points to the format’s versatility. Not only can the show explore the history of those who served in WWII, but it could be applicable to any war, in any country.

Naturally, DRG is eyeing buyers in key territories in western Europe, but the star power of the likes of Bonham Carter means the US and further afield are also viable options.

Anstiss’s team has already started researching the families of some of America’s biggest stars.

“Our research has shown that there are major American stars that have incredibly powerful stories,” he says. “Structurally and with the stories we’re telling, it feels very original.”