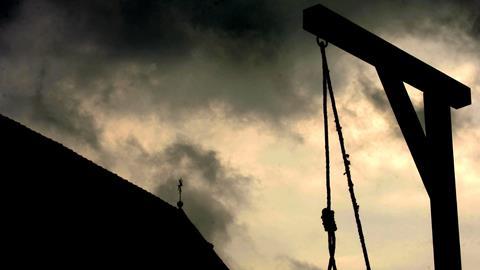 ’While the trials are historically specific and the story is very local, we feel that right now it’s quite universally applicable’

During the 220-day-long witch trials in the village of Salem, Massachusetts, in the 17th century, 200 women and girls were accused of witchcraft and 20 were executed.

“While the trials are historically specific and the story is very local, we feel that right now it’s quite universally applicable,” says Blue Ant Media international co-production vice-president Julie Chang. “It taps into a cultural zeitgeist by exploring the mass hysteria and its impact on those most marginalised.”

The doc series comes from Toronto-based producer Saloon Media in collaboration with Talos Films, and was commissioned by Travel Channel in the US and Canada’s T+E.

Blue Ant International’s parent Blue Ant Media acquired the six-year-old Saloon a year ago, with a view to bolstering the company’s North American production business through series such as Witches Of Salem.

The programme will tell the story of the trials through re-enactments and expert evidence, using court transcripts and historical documents to draw parallels to the modern day.

The idea was initially presented to Blue Ant by Talos Film co-founders Julian Hobbs and Elli Hakami at Realscreen, and from there they began to develop a four-part series with British-born creative exec Stephen Kemp, who is based in Toronto.

The show has an experienced creative engine behind it: executive producers Hobbs and Hakami were execs at History and MTV respectively, where they worked on projects including the Emmy award-winning Gettysburg, plus Vikings, Storage Wars and Catfish. Blue Ant International has exclusive rights to the series outside of North America.

Chang says that Witches Of Salem represents the type of premium factual content “the market is demanding”.

“This is an international story that a lot of people around the world can relate to right now,” says Chang, whose company will likely become more active in factual co-production discussions in Cannes after hiring former Off the Fence sales chief Ludo Dufour earlier this year.