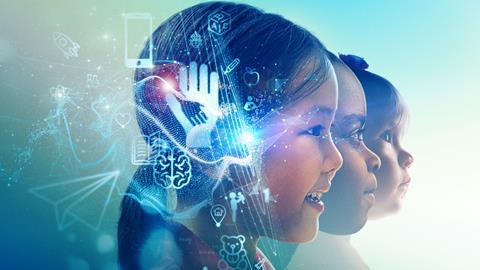 “It looks at childhood with a global lens, before drilling down into the upbringing of UK children”

Following on from blue-chip natural history series Magical Land Of Oz, the distributor is stepping into the social-experiment genre with Planet Child.

Similar to ITV’s long-running Up series, Planet Child looks at child development on a global scale. Produced by ITV Studios-owned factual specialist The Garden Productions, the series features hundreds of children from across Britain and around the world. It explores how where we live and the way we are raised make us the people we become.

“In this landmark new series, we learn how different cultures raise their children,” says ITVS GE senior vice-president of non-scripted global content Cecilie Olsen. “And through cleverly conducted social experiments, we learn more about the learned behaviour we are passing on to our children.”

The series is presented by TV doctors and twin brothers Chris and Xand van Tulleken, who investigate how humans learn right from wrong and the role gender plays by looking at children growing up in a range of environments, from cities to deserts.

Olsen says the show’s universality sets it apart from previous explorations into child development. “It looks at childhood through a global lens, before drilling down into the upbringing of UK children,” she says. “The experiments the producers do with the children are original and ground-breaking.”

Given the question of how we bring up our children is a “global one”, ITVS GE will not be focusing on buyers from one particular territory, Olsen says, and the form it takes is fluid.

Alongside finished tape sales, a hybrid format could work, where broadcasters use some of the pre-recorded international footage while conducting the experiments in their own country, she adds.

“This would make this show a very cost-effective format to truly explore all the questions outlined above in another territory,” says Olsen. “We all know that broadcasters love to create local programming, and this show and format can give them a global perspective in a localised show at a reduced production cost overall.”