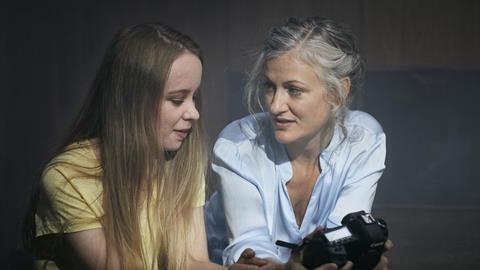 This punchily titled single doc draws its inspiration from the work of British artist and photographer Laura Dodsworth, whose previous work on breasts (Bare Reality: 100 Women, Their Breasts, Their Stories) and penises (Manhood: The Bare Reality) have garnered acclaim and notoriety alike.

The project was “well under way” with Channel 4 when factual specialist distributor TVF International came on board, according to head of acquisitions Will Stapley, but the team “loved the concept as soon as we saw it”. 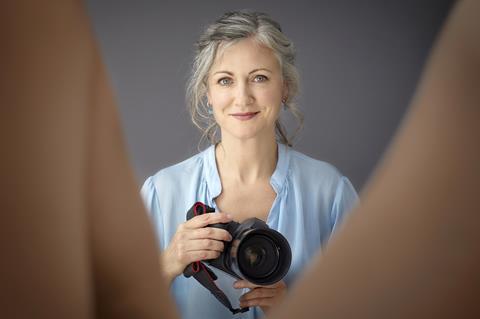 “We felt it resonated with the debate around gender equality and the honesty of the #MeToo movement,” adds Stapley. “It’s also diverse, dealing with women of different sexualities, body shapes and ethnicities – as well as having a broad age range.”

“100 Vaginas is an incredibly stylish film – at the same time as providing really moving insights into womanhood,” says Stapley.

“It uses music, archive, interview, exquisite camera work and beautiful artistic imagery to create a radical, experimental and universally relevant experience. Some of the interviews are humorous, others are great myth-busters and those related to rape and FGM, for example, are harrowing.”

Besides its weighty subject matter, 100 Vaginas was an empowering project for women behind the camera. It was ordered by C4 commissioning editor for arts, topical and history Shaminder Nahal and used an entirely female crew led by Susanne Curran, which may explain why the end product is so frank and authentic.

Dodsworth has said that 100 Vaginas should be compulsory viewing in schools, but this does not mean it can be narrowly defined as an arts, education or social commentary documentary, Stapley says. He is keen not to pigeon-hole the film in terms of where it might play in a buyer’s schedule.

Upbeat tone “Our strategy has been to avoid giving 100 Vaginas a label, because it is such a positive, upbeat, emotional, accessible film that it could fit into several parts of the schedule or work for different platforms,” he says.

“The buzz around the film, and the enquiries and offers we have already received, suggest it will be a real success.”

In a recent interview with UK newspaper The Independent, Dodsworth said she was using physical taboos to “open up social and emotional taboos”.

With strong language, images of women giving birth as well as an exploration of transgenderism, there will be parts of the world that find the content inappropriate.

“It’s never gratuitous, but it does address subject matter that might be uncomfortable for certain broadcasters,” says Stapley.

“We think, for example, it is probably the first time that anyone has removed their menstrual cap [covered in blood] on UK TV. That said, the growth of SVoD around the world may open up some markets that previously wouldn’t have been available to us.”

For any distributor, the commercial potential of a title in their catalogue is central, but Stapley stresses TVF is “always interested in representing films that take people out of their comfort zone and break down prejudices, that spark debate and offer new perspectives on the world”.