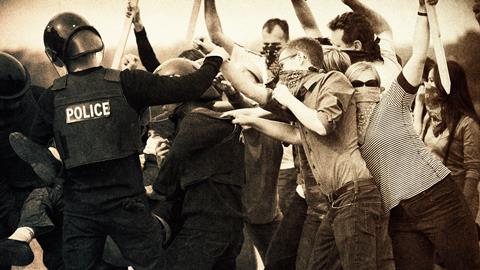 Hot Picks: Why We Hate

“When it comes to storytelling, Spielberg and Gibney certainly know how to hook in an audience”

In this six-part docu-series, film-makers Steven Spielberg and Alex Gibney combined forces to dive headfirst into the science of why we hate.

The big-budget series draws on groundbreaking research in psychology, neuroscience, sociology and history to investigate humankind’s enduring capacity for hatred. Why We Hate travels the globe to explore historical and modern-day stories of hate.

Rather than driving the narrative, historical events are used to back up scientific theories put forward by experts in the field. The question the series poses is: if we can figure out why we hate, can we find a way to prevent it?

“Every sales person likes to be involved with a blockbuster that has big names attached,” he adds. “When it comes to storytelling, Spielberg and Gibney certainly know how to hook in an audience.”

Wagner says Why We Hate is unique because no other series has taken such a cerebral yet entertaining approach to this subject.

“The topic has such universal appeal,” he adds. “There is no country you can go to that doesn’t have divisions internally, and no nation that wouldn’t understand the us-versus-them mentality.”

While the series features leading experts dissecting the planet’s long history of hate, Wagner says there is a hopeful message of “looking at where we can go from here”.

Why We Hate falls in line with the philosophy of Nancy Daniels, chief brand officer of Discovery, to create science, nature and survival docs that “give people hope about the world”.

Wagner believes the project perfectly aligns with Discovery’s DNA and the aims of its channel: aspirational, curious and unique.