8
Hot Picks: Save This Rhino 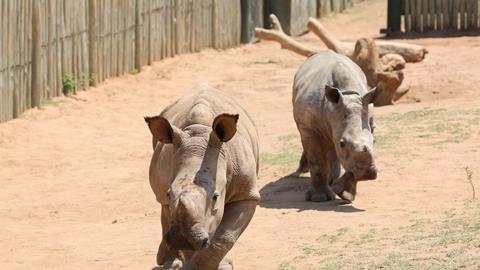 Hot Picks: Save This Rhino

“At the heart is a message of hope. That is the key to making a conservation programme watchable”

With six years left before rhinos could become extinct, National Geographic has put England cricketer-turned-conservationist Kevin Pietersen on the case.

In a two-part series airing in the run-up to the Cricket World Cup, South African-born anti-poaching campaigner Pietersen visits his home country to explore the effects of poaching and the solutions being developed to counteract it.

Kicking off with a visit to orphaned rhinos Summer and Arthur, who lost their mother to poachers last year, the trio meet those at the forefront of efforts to save the endangered species, including the people leading Cisco Systems and Dimension Data’s Connected Conservation project, which uses a network of sensors to intercept poachers before they reach their target.

The second half explores solutions to save the rhino, differentiating it from similar shows, according to Nha-Uyen Chau, founder of international rights holder Looking Glass International.

“At the heart of this is a message of hope,” she says. “That is the key to making a conservation programme watchable. I like to call it ‘hiding the broccoli’.” 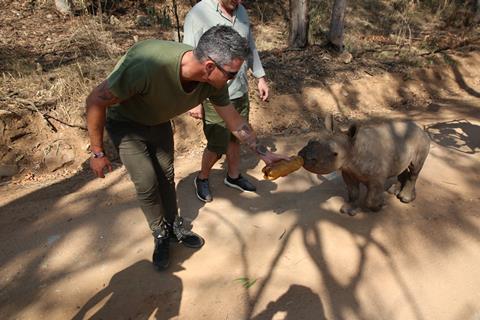 “Kevin Pietersen is quite polarising but here you will see an open and honest side to him,” Lawrence says. “Everything we have made has been tough and we try to make you feel.”

The ambition is to build Save This into a returning franchise covering endangered species. The producers have secured interest from Wright and Smith for a follow-up film in India, while world surfing champion Mick Fanning has signed up to explore the plight of the great white shark.

Looking Glass is eyeing a broad spectrum of free-to-air, pay-TV and SVoD platforms for finished tape sales, besides targeting National Geographic regions that have not yet acquired the programme.

It will be targeted at younger-skewing channels like Channel 4 in the UK and Australia’s Channel Nine for second windows. Chau also expects interest from Netflix in the light of 2016 conservation doc The Ivory Game.