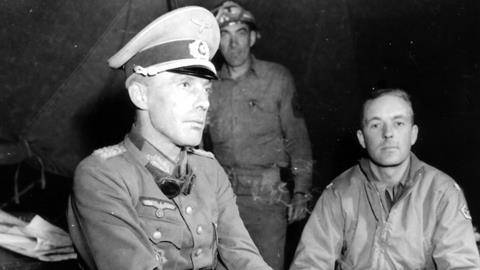 “This was footage I had never seen before. I knew it would give the audience a rare perspective on events”

BATTLE OF NORMANDY – 85 DAYS IN HELL

Commissioned to commemorate the 75th anniversary of D-Day, this doc charts how, on 6 June 1944, the biggest military landings in history took place.

This was also the first time in history that an army had trained a special unit to film during combat, and this footage forms the basis for French factual producer T2MP’s 1 x 60-minute special.

“War filming had never been done before at this scale,” says co-writer and T2MP founder Thibaut Martin.

The cameramen – led by director George Stevens, who went on to win Oscars for James Dean Western Giant and 1951 film A Place In The Sun – were trained at a special camp in the US and went on board the boats with the soldiers, filmed the landings and followed the weeks of battle in northern France.

Co-writer and archivist Dominique Forget had worked in the US National Archives in Washington, DC, for 20 years. When Forget showed Martin some sample footage, he immediately realised the value of what they had.

“I’ve seen a lot of archive films about Normandy and the story of D-Day has been told countless times, but this was footage I had never seen before,” says Martin. “I knew it would give the audience a truly rare perspective on events.”

Much of the 16mm archive had to be digitised into HD, including the only colour film from the Allied European front. Painstaking work was undertaken by Forget to identify where each film was shot and set it alongside the timeline of the battle.

“We found other films taken by a soldier who, it seems, had managed to get a camera onto the front line,” says Martin. “Using that source, we were able to compile a whole segment to explain the conditions soldiers were living in.”

The doc, directed by Guilain Depardieu, will air in France on RMC Découverte, with Beyond Distribution handling overseas sales.