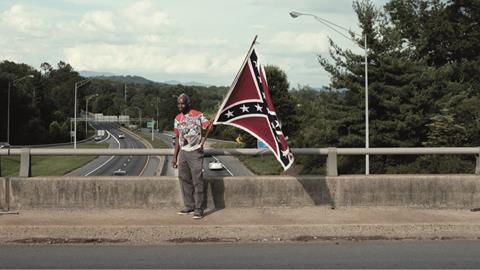 “It’s a great current affairs piece. I’ve seen quite a few films about this issue, but this is a very different way in”

Monumental Crossroads: Fighting For Southern Heritage is a doc about the American South, which has been made by a Dutch director/ producer and is being sold by a British distributor.

It sounds an odd mix, and in many ways it is, but that’s precisely why this balanced, intelligently made and beautifully shot film stands out.

A 6,000-mile road trip through the former Confederacy, the doc has its roots in the 2017 decision by the mayor of New Orleans to remove the city’s largest confederate monuments.

Following in the wake of the murder of nine black church members in Charleston, South Carolina, by a white supremacist, the decision provoked protests about ‘white cultural genocide’ and questions about how society should tackle uncomfortable historical legacies.

Scorpion TV managing director David Cornwall describes the film as a “great current affairs piece” that is even-handed, shocking and startling. “I’ve seen quite a few films about this broad issue, but this is a very different way in.”

Van den Hoff says he mostly kept away from alt-right and fringe movements. “I chose to talk to more or less mainstream people on both sides of the argument, hoping to understand how the majority of Southerners view the issue of confederate monuments and symbols.”

As a Dutchman, Van den Hoff is an outsider who’s reporting without bias or an entrenched position, says Cornwall. He hopes this balanced take will appeal to US broadcasters in particular.

Acknowledging the market for current affairs docs is very competitive, he says: “Films have to be different and well made to stand a chance.”

Cornwall expects Monumental Crossroads will attract interest from public service broadcasters, citing those in France and Scandinavia as possible buyers.

He will also target global news and current affairs channels, with SVoD deals likely to come later down the line.