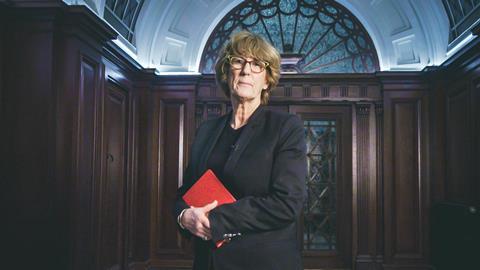 “Having someone with Jackie’s credentials makes the show stand out. Her connection with Prime Suspect will attract buyers”

With unprecedented access to the investigating teams that solved the cases, each episode features Malton taking viewers on a journey – from the discovery of the crime through to conviction.

Explaining the genesis of the production, Sam Rowden, exec producer and director of programming at CBS Channels/AMC Networks International, says: “CBS Reality has been doing true crime for about 10 years, but as part of our drive towards more origination, we wanted a series in which we learned about the crimes direct from the experts – people who could share their professional insights. And given that the genre is quite male, we were keen to have a female lead.”

The job of fulfilling that brief fell to Cardiff-based Monster Films, which has been working in the true-crime arena for the past three years. “We needed talent who could deliver the kind of authentic insights Sam was looking for.

Someone who understood the emotional and psychological impact that these crimes had on the people involved,” says series director David Howard.

“Fortunately, we had just worked with Jackie on a BBC4 film called Dark Son: The Hunt For A Serial Killer, and we knew she could do it. She’s an extraordinary woman with a passion and conviction for justice.”

According to Howard, securing buy-in from Malton was crucial: “She was insistent she would only get involved if we tackled the subject sensitively, focusing on excellent police work without sensationalism. But once she did come on board, it opened so many doors – and that led to exclusive access to case files and in-depth discussions.”

The series covers one case per episode, exploring incidents from the 1970s up until a couple of years ago. Although most are UK-based, some cases have a US dimension and distributor Orange Smarty, which signed up for similar reasons to Rowden, believes this will help with international sales.

“In a competitive genre, having someone with Jackie’s credentials makes this show stand out. Her connection with Prime Suspect will certainly attract buyers,” says chief executive Karen Young.

CBS Reality has the series for its feeds in the UK, Poland and Africa, while Orange Smarty controls the rest-of-the-world rights. In Young’s view, the show can work equally well for mainstream or thematic channels.

“The fact that it has a woman as the anchor of the series will really connect with the many female fans of true crime,” she says. “What’s really exciting about this project is that it has the potential to develop into a returning franchise – there are so many cases to be explored.”

Explaining why she got involved, Malton says: “I’ve been offered many TV series over the years and I say no because they are not authentic. This series will hear first-hand the stories from those involved and who lived through it.”

Her ambition is to reveal “exactly what it takes to solve a murder.”

“From the sleepless nights to the endless searching – all building up to the moment when you catch the killer and sit face-to-face with them,” she continues. “That feeling of looking into the eyes of someone who has caused so much harm, always remembering that the role of the detective is the search for truth and the delivery of justice.”