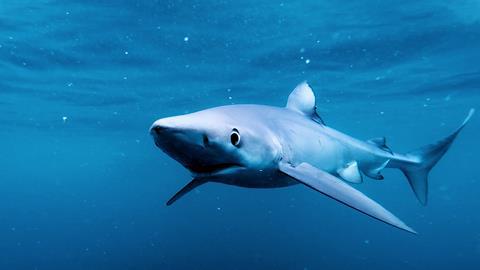 ‘It’s early stages, but we have a strategy in place: we’ll handle the SVoD, AVoD and Fast channels within that, but Mipcom is its moment to shine’

Factual specialist Orange Smarty has long been associated with thought-provoking social-impact docs including Bring Back The Bush: Where Did Our Pubic Hair Go?, true-crime series such as The Moment Of Proof and fact-ent returners like A Place In The Sun, but it also has a healthy collection of natural history series.

In Wonders Of The Celtic Deep, the distributor has picked up a landmark doc for both itself and commissioner BBC Cymru Wales. Described as the broadcaster’s “most ambitious natural history series to date”, the programme is the first in Wales to be shot in 4K.

The series dives into the natural wonders of the Welsh seas, exploring birds that can ‘fly’ underwater and some of the largest and smallest creatures of the ocean. As it unfolds, audiences will embark on an exciting journey of discovery from the shores and estuaries of Wales, into the bays and shallow waters of the wildlife ‘golden zone’ and finally into the marine superhighway of the sea.

One Tribe executive producer Dale Templar was part of the team behind the BBC’s Bafta- and Emmy-winning natural history series Human Planet.

Orange Smarty founder and chief executive Karen Young says the series resonated so much with her that the distributor fully deficit-financed the series. She says that the presence of

One Tribe, which has an existing relationship with the distributor, was also pivotal because natural history generally, and underwater natural history in particular, can be risky.

Young says there is a “market demand” for natural history, both for linear and VoD. SVoD and AVoD services are of specific interest because they are “not prescriptive in terms of genre” and want an “eclectic mix of content”.

“What’s also interesting about this project is that it’s a four-parter,” she adds. “The first three episodes explore the coastline and the sea, and the fourth is about sustainability.”

Orange Smarty has already fielded calls from buyers and Young expects broadcasters from France, Germany and the US to be interested. She adds that there is a bolt-on package for online platforms, which talks about the making of the film.

“It’s early stages, but we have a strategy in place: we’ll handle the SVoD, AVoD and Fast channels within that, but Mipcom is its moment to shine,” she concludes.