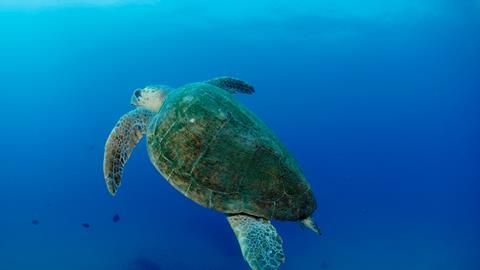 ‘We will be aiming to sell to all territories, but particularly to Europe, Africa and Asia, where marine issues are top of many governments’ environmental agendas’

Producer and distributor Earth Touch is looking to tap into intense demand for natural history and environmental programming with upcoming three-parter Epic Oceans.

Since launching in 2010, Earth Touch has created and distributed a raft of natural history content, including Oceanic Whitetip – The Shipwreck Shark, Migrating To Mexico and Dung Mafia. All have sold globally to broadcasters such as Japan’s NHK and Smithsonian Channel in the US.

Its latest project is Epic Oceans, a follow-up to Epic Earth. The three-part series goes beneath the waves, showcasing species in three different marine environments – shoreline, shallow reef and open ocean – as well as highlighting challenges they face from global warming and pollution.

Earth Touch has pre-sold Epic Oceans to German free-to-air channel NTV, and director of sales and programming Chris Fletcher says it is in the final stages of negotiations with a number of territories for additional pre-sales.

The series is being created from a mixture of archive and new footage. Fletcher says Earth Touch has built up an extensive archive of premium HD and 4K underwater footage over the past 10 years, having produced a number of marine films for international broadcasters.

He adds that the main aim of the series is to provide viewers with rarely seen underwater sequences, but also to touch on the threats facing the oceans, such as rising temperatures, over-fishing and coral bleaching.

Docs about the oceans have proved popular with viewers in recent years, in particular the BBC’s international hit Blue Planet II.

Fletcher says there is a growing awareness of marine issues, especially among children and young adults, into which a series like Epic Oceans can tap. But it’s also important for the series to take in the “enduring beauty of the oceans, the extraordinary species that inhabit it, and all the colour and drama of life on a coral reef”.

“We will be aiming to sell to all territories, but particularly to Europe, Africa and Asia, where marine issues are top of many governments’ environmental agendas,” Fletcher adds.