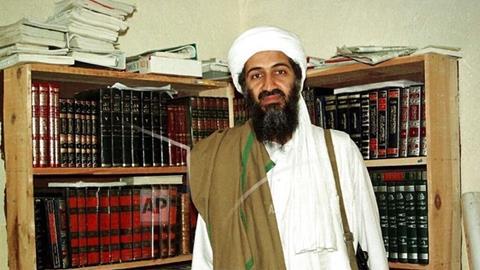 ‘What this series does is tell for the first time the whole story of who Bin Laden was, where he came from and how he was radicalised’

Originally commissioned to mark the 20th anniversary of 9/11, Voltage TV’s three-part Osama Bin Laden – The Inside Story is aiming for a life beyond the month of September, as it digs deep into the life of the founder of jihadist terror organisation Al-Qaeda.

“What this series does is tell for the first time the whole story of who Bin Laden was, where he came from and how he was radicalised,” says Ben Barrett, joint managing director of factual distributor Drive.

Partially shot in Afghanistan only months before the Taliban’s recent seizure of control of the country, the film paints a picture of a shy young boy from a wealthy family who lost his father relatively young and slowly became radicalised and entrenched in ideology.

The documentary’s contributors include childhood friend Khaled Batarfi, who recalls a young lad with a penchant for American TV changed irreversibly by war, and Mujahideen commander Sayed Rahman Wahidyar, who talks of an incompetent fighter whom he had to scold at times, but who slowly learned battlefield skills. These fighting skills culminated in the Battle of Jaji – which was the start of the myth of Bin Laden as a war hero.

The documentary also charts Bin Laden’s return to Saudi Arabia, where he becomes an embarrassing dissident during the Gulf War, as well as his journey to Sudan, where he opens up Al-Qaeda training camps while simultaneously running a sunflower business.

A Channel 4 and Arte co-pro, it was broadcast on the former in early September, although Arte, which ordered a two-part cut-down version of the film, isn’t planning on running it for a while yet, says Barrett. He adds that there is no definitive home for the doc and it could sit on broadcast as well as on-demand services.

The documentary has also pre-sold to SBS in Australia and Drive is currently having conversations with six US-based channels.