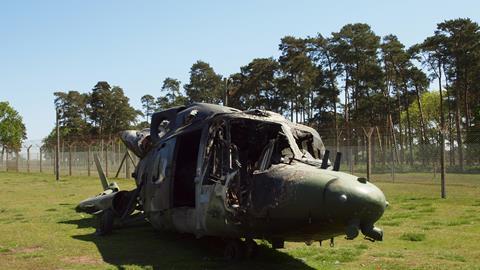 ‘The Bosnian episode is particularly harrowing, stark and brutal to watch at times’

While often regarded as a true-crime specialist, Woodcut Media has a thriving factual catalogue of military and weaponry titles including the hit ‘Combat’ franchise – Combat Ships, Combat Trains and Combat Machines – plus six-part war doc The Secret History of World War II.

Woodcut’s latest military offering is Forgotten War Stories, a series examining some of the conflicts Britain was involved in during the 60-odd years between the end of World War II and the Iraq War.

The wars covered in this Channel 4 series include the Bosnian War of the early 1990s, the Gulf War triggered by Iraq’s invasion of Kuwait (1990-1991), and four conflicts that raged through the 1950s: the Suez Crisis, the Korean War, the Malayan Emergency and the Mau Mau Uprising in Kenya.

Each episode is guided by historians, experts and eyewitnesses, contributing often harrowing accounts of how they were caught up in events.

Fledgling in-house distributor Woodcut International – which also co-financed the series – is bringing two versions to the market: the C4 series narrated by presenter Tony Robinson, and a narrator-less edition for the international markets.

SBS in Australia has taken a pre-sale of the original and further sales discussions for both options are currently under way.

Although all wars featured in the series have a British connection, Beal expects the wider appeal to be quite broad, given war’s often international impact and the fact that some of the episodes echo recent world events.

“The Bosnian episode is particularly harrowing, stark and brutal to watch at times, featuring refugees whose family members have been killed – it all resonates with what is currently happening in Afghanistan,” she says.

“When we first approached C4, the idea was to focus on the wars since WWII and show what happened afterwards. But then you realise why people don’t talk about them – they were sad, brutal and shameful. That doesn’t mean they should be forgotten or buried.”