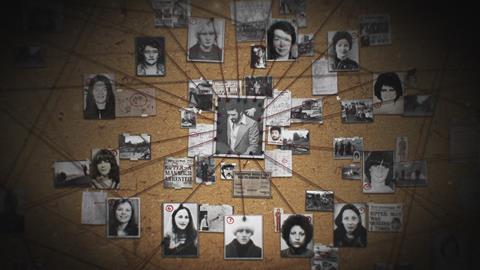 ‘There have been loads of Ripper documentaries, but they have never been in his own words’

Ever since his capture in 1981, Peter Sutcliffe – who killed 13 women between 1975 and 1980 during a reign of terror in northern England – has been a staple of the true-crime TV genre.

But The Ripper Speaks promises a whole new level of insight into Sutcliffe’s sadistic and violent crimes.

The 90-minute special for ViacomCBS-owned Channel 5 features exclusive, never-before-heard audio recordings of Sutcliffe. The 90-minute programme is based on conversations between the criminal and a female researcher, secretly recorded in prison in the years before he died, which provide new insights into his motivations.

Unaware he was being recorded, Sutcliffe talks openly about crimes he has never formally confessed to, how he evaded the police for so long, and the reasons behind his controversial not guilty plea – on the basis of a diagnosis of paranoid schizophrenia.

Armed with these tapes, investigative journalist and ex-detective Mark Williams-Thomas expands on the audio transcripts by talking to members of Sutcliffe’s family, ex-police officers, witnesses and doctors.

The film provides a view of Sutcliffe not as the mythical Ripper but as he really was – a lorry driver from West Yorkshire who was a lonely, isolated coward.

Williams-Thomas is best-known for exposing former BBC star Jimmy Savile as a paedophile in ITV’s 2012 Exposure doc The Other Side Of Jimmy Savile, and as the presenter of ITV’s The Investigator: A British Crime Story, which is now available internationally on Netflix.

Explaining the unique access the documentary had to Sutcliffe, Levi says: “She [the researcher] wrote to him in 2006 in Broadmoor, then followed up with years of letters. Then, finally, after four years, she made a visit and it went from there. It’s a 15-year project.”

The Ripper Speaks is the first project that distributor BossaNova took on when it was formed last year. The sales house signed a partnership deal with Content Kings in April and is also representing its ITV true-crime show Accused Of Murdering Our Son – The Steven Clark Story.

“There have been loads of Ripper documentaries, but they have never been in his own words,” says Paul Heaney, chief exec of distributor BossaNova.

While the doc is very UK-focused, Heaney thinks it is such a global story that many other territories will be interested. As a 90-minute film, the doc may suit international digital platforms better than linear channels. “But linear primetime often takes 90 minutes now,” he says.