3
Hot Picks: Making a Model With… 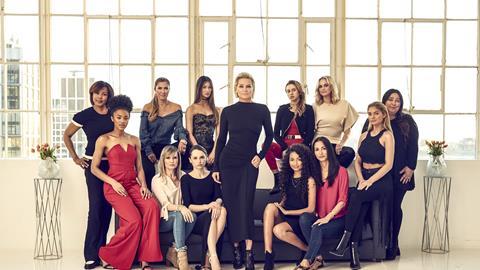 Hot Picks: Making a Model With…

“Following the success of Dance Moms and Rap Game, we were looking for another industry where ‘momagers’ were prevalent”

MAKING A MODEL WITH…

Making A Model With… is a competition-based format that aired on Lifetime in the US at the start of 2018 under the title Model Moms. The show focuses on a group of young teens hoping to break into the fashion business via an eight-week TV ‘boot camp’.

In the US version, the would-be models are guided through the process by former model and TV personality Yolanda Hadid, who, as the mother of and agent to Gigi, Bella and Anwar Hadid, knows what it takes to be a big name in the fashion world.

The young models are accompanied by their mums, also known as ‘momagers’ – a dynamic that was the start of the show’s development journey, says Mioshi Hill, vice-president of non-fiction programming at Lifetime Television.

“Following the success we had with Dance Moms and Rap Game, we were looking for another industry where ‘momagers’ were prevalent. We knew fashion had a history of discovering talent in the 14-16 age range, so we started exploring what agencies were doing to support teen models.”

The research threw up the idea of the ‘model house’, where young hopefuls, who are typically college age, often live as they set out on their careers.

From there, it was a short jump to the idea of an “intensive eight-week training programme, focused on the physical, mental and emotional wellness that it takes to succeed as a model”, says Hill.

The winner receives a contract with Hadid’s company and the chance to be represented by IMG Models in New York.

A+E Networks managing director of international content sales Richard Tulk-Hart says the aim is to sell the tape and format as widely as possible, creating a bespoke plan for each region or territory.

Tulk-Hart says the team will “first look to fashion capitals Italy, London and Paris, but also those territories with a reputation for launching global modelling talent, such as Brazil, Scandinavia, Eastern Europe and Africa.”