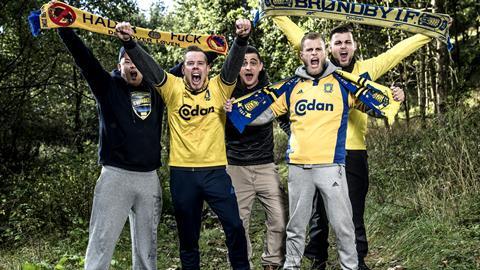 “By the end, competitors were hugging and admitted they should not have been so quick to judge people”

Danish producer Snowman Productions has a reputation for creating formats that generate plenty of column inches. Its heavy-hitting slate includes Married At First Sight, Kiss Bang Love and the upcoming Pregnant With A Stranger.

Its latest is State Of Hate, a hybrid format that is a cross between a social experiment and an adventure gameshow.

It taps into the current climate of division and hatred between certain groups in society, such as nationalists and immigrants or animal rights activists and hunters.

Despite its provocative name, the show is as much about reconciliation as it is about hatred. Red Arrow vice-president of non-scripted Harry Gamsu says that State Of Hate is actually a positive, thoughtful show that ultimately asks whether bitter rivals can be reconciled.

The format first pits two opposing groups against each other in a series of duels at a remote outdoor camp, with a cash prize up for grabs.

Throughout, the competitors are watched by psychologists, with plenty of security on hand to ensure their safety. This was vital for the Danish version of the show – the first two episodes of the series featured supporters of rival football teams, and right-wing extremists competing against first-generation immigrants.

The second phase of the show is arguably the most interesting. The groups are forced to work together on a joint challenge, giving them a chance to interact.

By the end, says Gamsu, the competitors were hugging each other and admitting that they should not have been so quick to judge people whom they previously loathed.

Gamsu says the format has generated “a ridiculous amount” of press since launching in Denmark and has played particularly strongly with the 15-34 age group. Red Arrow is launching the title at Mip TV.