9
Hot Picks: Sound of the Century 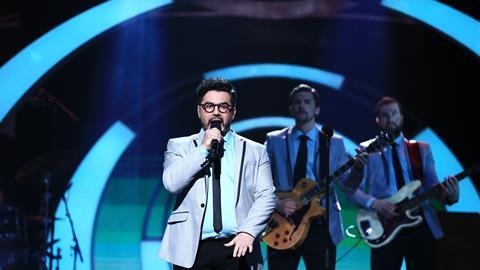 Hot Picks: Sound of the Century

SOUND OF THE CENTURY

At a time when singing formats are rife on television, Sound Of The Century stands out for its distinctive take on the genre.

Blending music and history, it is a live, primetime shiny-floor show that has just debuted strongly on Norway’s largest commercial channel TV2.

DRG executive vice-president of sales Elin Thomas says the first episode launched on 3 March with a 31% share of the audience, increasing to 35% during the show.

DRG is now looking to export the original format around the world, believing it is ripe to be remade as a live show on big linear channels in primetime.

The format features 10 well-known singers who compete over 10 episodes, with viewers voting on social media for who should leave the competition.

So far, so predictable. The twist is that the artists have to sing hit songs from the past 100 years, either in their original version or with a new interpretation. Each episode focuses on a specific decade. Live performances are given historical context with archive footage of the music and defining events of the era.

Perhaps wisely, the Norwegian series kicked off with a show featuring music from the 1960s instead of a decade from which the music is less well known. The episode was fleshed out with clips of Beatlemania, hippies and Rolling Stones concerts.

It would have appealed both to those who grew up in the 1960s and younger viewers who enjoy seeing famous songs performed by modern-day artists.

Thomas says Sound Of The Century has performed well because it “provides entertainment on lots of different levels”. She describes the format as “a broad entertainment show for all the family”, which draws people in by casting a mix of older and younger celebrity singers.

One of the other attraction for potential buyers is that producer Monster has done all the hard work of finding the archive footage.