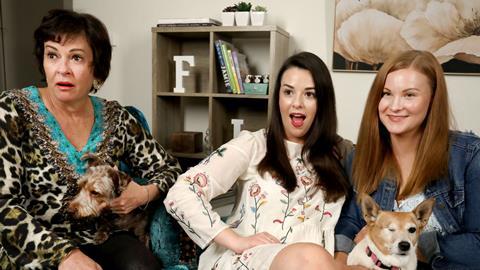 “Date Night takes a universal concept of love, dating and romance and makes it accessible”

Finding love at first swipe becomes a spectator sport in Screentime Australia’s innovative format Date Night, in which hopeful singles peruse a custom-built dating app with the help of their friends and family.

In what could be branded the ‘Gogglebox for dating’, the show shows groups sitting together and commenting on the pictures and profiles of fellow daters, selected by family and friends who have wrested control of the app from their loved one.

The ensuing date is shot in a documentary style and viewers watch the friends and family reacting to the meet-up. The bold ‘dating 360’ format was commissioned by Australian commercial channel Nine Network, home to another noisy reality show, Married At First Sight.

Date Night debuted on 13 February and Banijay Rights vice-president of formats Andrew Sime says it came about because of “technical innovation”. “Ten years ago, Date Night would not have been possible because it is based around interactive dating, which was non-existent,” he says.

The show is based on the “Tinder experience”, but it uses a generic app that is owned and controlled by Banijay-owned Screentime Australia, producer of Wolf Creek.

Sime says that the friends and family “often know the singles better than they know themselves, so that extra layer allows the participants to get around a potential blind spot”.

The exec says the format does not automatically exclude territories, though it may not be the best fit for “socially conservative” channels.

“However, most channels in major markets will be looking for something like this, because it takes a universal concept of love, dating and romance and makes it accessible and something that is suitable for family viewing,” he says.

The Wife Swap distributor expects to stoke interest in the format in Cannes, where it will officially launch as a format and finished tape. There have already been “early approaches” about the format in the UK.

Hosted by The Wonder Years actor Fred Savage, adult contestants in the studio are asked to answer 10 open-ended questions correctly in order to earn a top prize.

If their answer is correct, they move up the money ladder, but if they get the answer wrong, the contestant must be saved by the kids, who have been asked the same question by Gervais.

The show was commissioned by US broadcaster ABC, which launched the show in January and recently renewed the format for a second series. Banijay Rights is selling finished tapes of the show (6 x 60 minutes) as well as the format.

Other MipTV priorities include Nimble Dragon’s Channel 4 series Sun, Sea And Brides To Be (20 x 60 minutes), which follows British couples getting married in Cyprus; as well as series three of Canal+ top-seller Versailles (10 x 60 minutes), in which King Louis fights to regain control of his life after losing his grip on reality in series two.

The distributor will also launch 7Wonder’s Back To The Land, which follows entrepreneurs, farmers and manufacturers as they attempt to set up business in the rural economy. Banijay Group bought My Kitchen Rules producer 7Wonder in February.