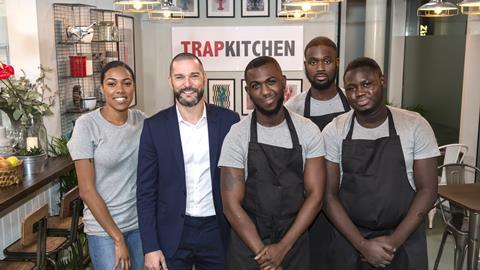 “What sets it apart is what is at stake, the level of investment and how real it is”

Million Pound Menu neatly mixes two non-scripted TV staples: food and business. A cross between Dragons’ Den and MasterChef, it gives aspiring restaurant owners the chance to pitch their food and business plans to some of the industry’s most influential investors.

In each episode, two different sets of restaurant hopefuls are given a trial in a pre-existing restaurant space to demonstrate their vision and business acumen, the quality of their food and their management skills – all in a bid to secure investment for their restaurant concept.

Meredith Chambers, joint managing director of producer Electric Ray, traces the genesis of the show to a cup of tea he had with the agent of a well-known chef.

“He mentioned that ‘investors’ were coming for dinner later and told me that it was common practice for chefs looking for money to start a restaurant to cook dinner to impress potential investors. I realised there and then it would make a brilliant format.”

Chambers stresses that the format is based on what is happening in the real world. He says the investors are deadly serious – they don’t put their money in because they’re on a TV show – and the investments are substantial.

“What sets it apart is what is at stake, the level of investment and how real it is. We’ve joined a business everyone knows and understands with some of the most credible investors and some of the brightest new cooking talent in the country.”

The chefs have three days to make their case. Paying customers come in and the potential backers can watch them try out the food.

“I don’t think we’ve seen a proper business format play out over that length of time before,” says Chambers. “This authenticity is what makes it so appealing to viewers. The jeopardy is real and life-changing.”

The format is pitched at a mainstream audience. Sony Pictures Entertainment creative director of global unscripted Sarah Edwards believes it has broad appeal.

“We are seeing record numbers of restaurants starting up all over the world and in each of those territories there are investors looking for the next big thing,” she says.