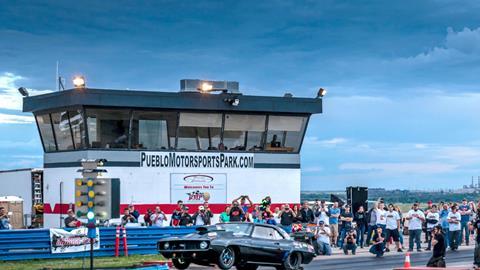 “Racing fans are one of the largest under-served audiences in the country. The show does well on TV and social media”

Beyond Distribution arrives in Cannes with Grudge Race, a US factual entertainment show in which street racers take to the track to settle long-standing grudges in front of a live audience.

Broadcast on NBC Sports Network in the US, the car-based show is available to buyers either as a format or a finished tape.

Stephen Pullin, executive producer at Pullin Media Group, says Grudge Race is based on a format produced for now-defunct US cable channel Speed between 2003 and 2011.

“We wanted to bring back the concept because the phenomenon of grassroots motor-racing has exploded since then,” he says.

“NBCSN greenlit an updated version of the show and it has proved very successful, with two 10-episode series already aired and a third now commissioned.”

“Grudge Race is the anchor of our Overdrive Thursday primetime block. It appeals to a range of race fans when programmed around our marquis properties on weekend afternoons,” he says.

According to Pullin, the basic idea is that two racers with a long-running feud battle it out in a best-of-three drag-race duel – effectively settling their differences on the track. The loser agrees to a forfeit, such as the side of his car being spray-painted with graffiti or a piece being removed as a trophy for the winner.

“The show works best with real grudges,” says Pullin. “So we are not just looking for a good-natured showdown between two friends. It’s about personal pride.”

Pullin says there is a large and passionate fanbase for the show in the US – and he expects that to be replicated in other markets.

“There are millions of people here doing up old cars at the weekend – and I believe the same subculture exists elsewhere,” he says.

“Racing fans are one of the largest under-served audiences in the country, which is why the show does well on TV and social media. Through platforms such as Facebook and Instagram, we have a social footprint of around 3 million.”

Some broadcasters will be drawn to the “Americana” appeal of the original show, says Pullin. But for those that decide to go down the format route, he emphasises the importance of having the right host in charge of proceedings.

“You need a host that is a real car person. In the US, our host is Willie B, who really knows what is involved in getting these vehicles going.”

From season three, the US version of the show has worked with the National Muscle Car Association, “which gives us various infrastructure advantages such as access to tracks and safety support, though that’s not a necessity for others”, says Pullin.

The introduction to Beyond was brokered by Benn Watson, president of Cactus Tree Entertainment, who set up his firm 18 months ago to help US producers find international representation.

Beyond Distribution senior vice-president of acquisitions for the UK, Europe and kids Sarah McCormack says her firm liked the show “because it has a kind of Top Gear quality about it”.

While the US version airs on a sports channel, McCormack says Grudge Race can also play in a general entertainment context.