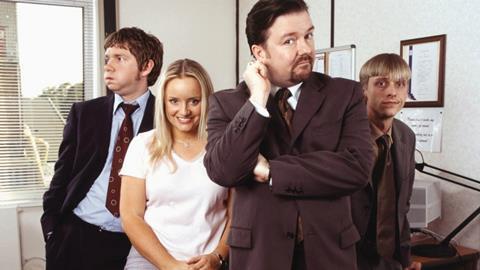 I was in my first term at university, almost certainly hungover on cheap rosé wine and Alize, when I was introduced to Mr David Brent.

My tutor had decided we would spend today’s session watching TV. Unlike some of my school teachers, who simply turned on the TV whenever class 3T proved to be relentlessly irritating, this guy insisted there was something here to be learnt. 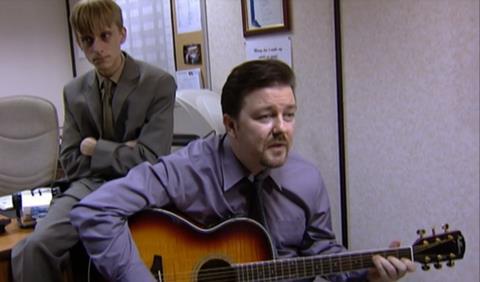 It was 2006, and I was too late to The Office party. I didn’t know what this ‘pivotal’ and ‘important’ show was that he was about to press play on.

But as Handbags and Gladrags died down and images of the Slough industrial estate faded away, here came Brent’s first words: ‘I don’t give shitty jobs’. And that was it. I’ve been a revelrous guest of The Office party ever since. Cheers to that lecturer for the invite.

I didn’t know I was to have a career in television, let alone producing and writing comedy. But The Office has, I’m sure, seeped its way into everything I’ve ever made, every gag I’ve written since.

It celebrated the wonder of ordinariness and showed you that you don’t always need to go mad lengths to get a laugh. People are enough.

There is something about the way I could both loathe and love the same character simultaneously, the un-PC-ness, and the glorious comedic potential of an office stapler that always stuck with me and shaped what I most find funny ever since. 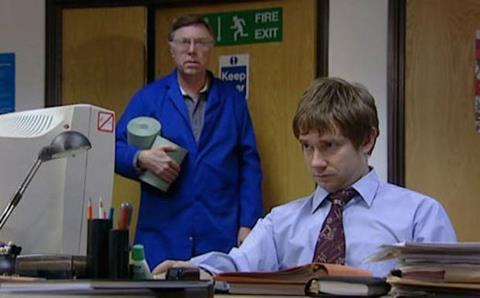 More than anything else I’d seen, it celebrated the wonder of ordinariness and showed you that you don’t always need to go mad lengths to get a laugh. People are enough. The weird things they say and the way they say them, their hobbies, how they eat a scotch egg. It’s all gold and there is comedy in almost everything.

It is funny to me, because I recognise it. At least one Wernham Hogg character had appeared in every job I had ever had up to that autumn term and, to be honest, in quite a few production offices since.

Gervais must have had a job in the electricity company call centre in Coventry where I spent my university summers (to fund all the Alize) because surely, a man like my boss - like David Brent - didn’t exist anywhere else? And that recognition, that reflection, is a wonderful thing. 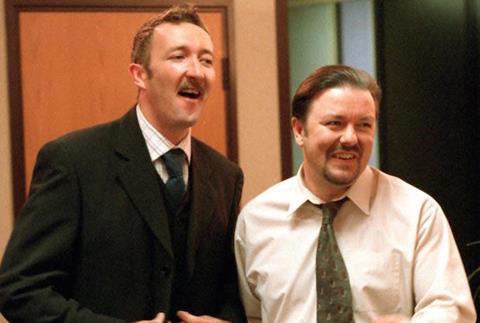 There was no snobbery in the writing. No character was all bad, none was all good. They were all remarkable in their unremarkableness. Swap paper for cheap night-time electricity tariffs and I was once Dawn Tinsley too.

A scripted comedy show set in a mundane place was nothing revolutionary. But, for me, The Office just did it better.

One day I hope to be able to write a scene where a man moving an empty mug along a computer monitor is enough. Or create a story arc where a biro drawing on a bit of scrap paper is the world’s most romantic declaration of love.

One day, I’d like to be up there with the greats. The geniuses…Milligan, Cleese, Everett, Sessions. Yeah?