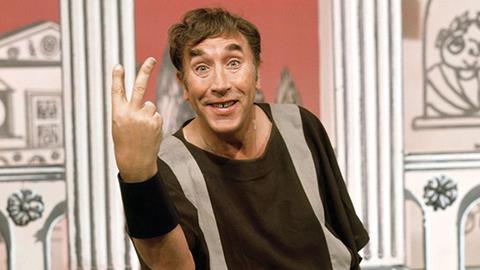 Frankie Howerd’s Roman sitcom was never cool, but the influence of its fourth-wall breaking and corpsing lives on, argues the Durrells writer

It’s not a great career move to admit, but a major influence on me was Up Pompeii!, a sexist piece of comedy fluff broadcast back at the dawn of TV. My wife remembers being revolted by the gender stereotyping and she was only 9 at the time.

I could have gone for M*A*S*H or Taxi, the cool 1970s sitcoms that have largely stood the test of time better. But Up Pompeii! never aspired to greatness - its roots were in British Carry On humour, its modest ambition to entertain whilst showing us with spooky accuracy what it was really like to be a Roman slave prior to the eruption of Vesuvius.

“It was innovative, breaking the fourth wall and seemingly encouraging corpsing. The likes of Fleabag - yes, I am comparing Fleabag to Up Pompeii! - owe it a debt.” 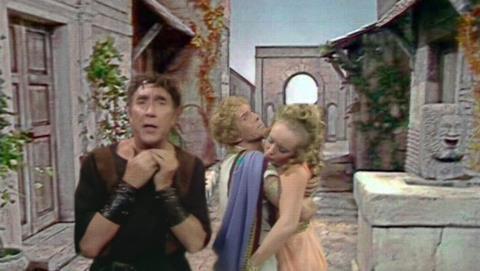 It was pantomime, or Restoration comedy, with nods to the sitcom-daddy-of-us-all Plautus, with its self-mockery, broad strokes and plot deconstructions. It borrowed heavily - stole, in fact - from the stage hit A Funny Thing Happened On The Way To The Forum.

But in TV terms, it was innovative, breaking the fourth wall and seemingly encouraging corpsing. The Garry Shandling Show surely learnt from it, and in its very different way, the likes of Fleabag - yes, I am comparing Fleabag to Up Pompeii! - owe it a debt.

I was 12 when it first aired and part of the appeal to me back then, bizarrely perhaps, was the design. I loved the set and on watching it again, the scenery is gratifyingly un-wobbly. According to Wikipedia, the designer “visited Pompeii with a sketch book and camera to ensure realism and authenticity” - artistic commitment, or just fancied a holiday? You be the judge.

Watching the first episode again (on YouTube - are we never going to plug these free TV gaps and get some royalties to the writers and performers?) I still loved Frankie Howerd’s commanding comedy performance. The farcical plot was efficient and the jokes, well, plentiful. 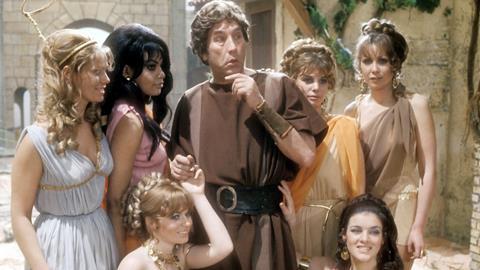 The uneasy-looking vestal virgins are now wince-inducing, but Equity Cards had to be earned somehow back then.

Mispronunciations are left in - so, just like real life. Incidentally, the first episode is 34 ½ minutes long - a laissez-faire approach to length worthy of today’s streamers.

Howerd was crucial to the show’s success, cannily drawing attention to the dodginess of the jokes before the audience did: “For years, he carried her bust on a pedestal” …“The critics always want pathos, well I think you’ll find this is very pathetic”… Or commenting winningly on his fellow-actors: “Alright don’t over-act, we got the message” … “Listen, no, don’t, she’s not been well…”

But by the end of the second and last full series, the show was already exhausted, writers Talbot Rothwell (best writer’s name ever, let’s agree) and Sid Colin stuck in a hamster wheel of sexual innuendo.

From Blackadder through to Plebs, Quacks and Upstart Crow, I have a weakness for sitcoms in historical settings, especially if they handle the history with the right amount of knowingness.

As with Blackadder Goes Forth, the immolation that awaits Up Pompeii!’s characters cast a tragic shadow hanging over the whole enterprise that reminded us all, even as we chuckled, we are all laughing in the dark. No, listen, don’t… 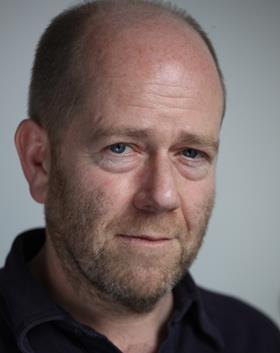