NENT doubles down on scripted for pipeline push 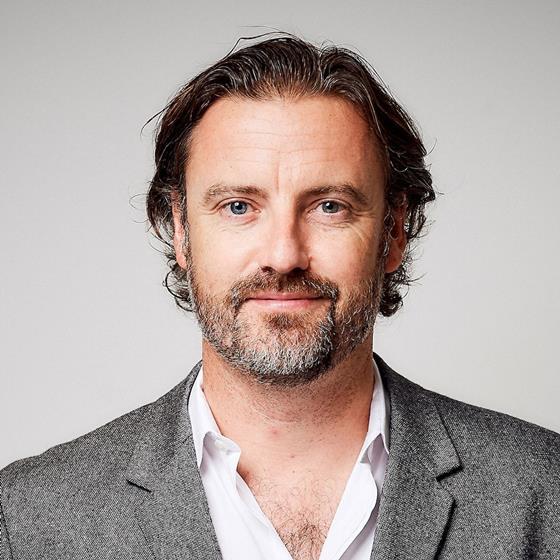 NENT Studios UK has had quite the year. 12 months ago, the UK content arm of Scandinavian media giant Nordic Entertainment Group (NENT Group) came into being with an important remit: to be, arguably, the most pivotal of the Swedish firm’s three global production pillars.

As part of this, Richard Halliwell, the chief executive of NENT Group’s UK-based distributor DRG was given an expanded role as managing director of NENT Studios UK. Halliwell, following the departure of inaugural chief executive Jakob Mejhelde Andersen, was subsequently upped to the top role in April, while DRG was incorporated into the NENT Studios UK brand to create a unified content outfit.

While the wheels had been set in motion a few years previously, all this happened against the backdrop of the global lockdown. Five months on from the restructure, Halliwell feels that the company has settled into its industry groove.

“We’ve now got closer integration for other parts of the group. We’re not a distribution business anymore, distribution is one of the things we do, very successfully and very proudly,” he says. “What we’ve done over the last few years is move the business away from the rental model to the ownership model, where the IP that we’re working with in any genre, we have a stake in.”

Halliwell says NENT UK’s involvement on project could range from financial stakes to securing book rights, or being the producer for original commissions from NENT Group VoD service Viaplay. The main point, he says, is that the producer-distributor aims to “own a bit of the back-end” moving forward.

The shift in strategy recognises, Halliwell says, the increasing difficulty and financial outlay neccessary to secure third-party content. And the focus has been on drama. NENT UK’s first scripted project for Viaplay – Connie Nielsen and Christopher Eccleston-starring Close to Me – was recently boarded by UK PSB Channel 4. Dopamine, the TV Azteca-owned indie, is co-producer on the project, the first of its exclusive strategy deal with NENT. NENT is also developing an adaptation of novel The Holiday with Trevor Eve’s Projector Pictures.

“The difference between some of the things we’ve done and our competitors have done is that we’ve doubled down in scripted,” he says. “While we’ve done our own commissions in the non-scripted space, the effort has been in building up a scripted portfolio.

“It’s a slower burn, financially more exposing and more nerve-wracking, but we’ve come through with our first commission and hopefully there's more to come.”

There is also space for “opportunistic” acquisitions, such as Kiwi futuristic fantasy series The Dead Lands, to add to the 13,500-hour and 150 format-strong catalogue NENT UK inherited from DRG.

Noting the disparate nature of the dramas, Halliwell says they represent a blueprint for how NENT Studios UK wants to pursue projects.

“In these uncertain times, there’s not necessarily a single universal question which will answer what style of content people want. From us, it’s everything from Dead Lands to Doc Martin. I don’t think necessarily buyers have a fully clear idea of what they want [at the moment]. I think we need to have a very broad church of product,” he says.

“Also, commercially, all of these projects are structured in such a way that they can be financed with a couple of partners and some tax credits. It’s easier, therefore to stand up [financially] in the first place and all the investing partners have a genuine opportunity to earn that back-end.”

NENT UK's reaction to the impact Covid-19 had on the distribution business was similarly measured, and did not usher in a “knee-jerk fire sale” of its content library.

“That’s not what our producer partners want us to do. Stack it high and sell it cheap is not an appropriate model,” he adds. “The team remained focused on the balance between selling product to the right buyer for the right price and the longer-term financing of the scripted shows.”

Worries about securing new programming for distribution have been allayed by deals such as the 40-hour unscripted content agreement with Crackit Productions, and Halliwell says there’s an ambition to increase the number of first-look development deals NENT has with both scripted and non-scripted producers, to around “15 to 17”.

“Buyers knew they wanted to make sure they retained the rights for stuff they previously bought, they weren’t necessarily sure about what new budgets they were going to get, as the ad-market suffered,” he says.

Despite NENT Studios UK’s emphasis on IP creation, the acquisition of The Dead Lands, the producer-distributor’s first following its restructure, was equally significant.

“It’s something we’ve never seen before and certainly didn’t have in our portfolio, something we felt could be very noisy and cut through. It’ different to anything on anyone else’s schedule,” Richard Halliwell, chief executive of NENT Studios UK, says.

Set in a mythical Aotearoa-New Zealand, the fantasy thriller tells the story of Waka Nuku Rau, a dishonoured warrior who dies, but whose ancestors in the afterlife send him back to the world to find redemption and honour. There he is aided by Mehe, a determined young woman, to rectify a world which has been disrupted by dark forces.

“While we believe that its fantasy quest storyline, unusual characters and New Zealand backdrops will have a broad appeal, this incredible series has been created with the young adult audience in mind,” adds Elin Thomas, executive vice-president of sales. “Broadcasters and streaming platforms are increasingly chasing this audience.”

Halliwell says the parallels to programmes such as Britannia and the “less fantastical elements” of Game of Thrones, gives a familiarity to The Dead Lands without detracting from its unique young adult bent and setting, which is “not necessarily portrayed on television” in European and North American markets.

Despite this, Halliwell echoes Thomas in how broad the interest from buyers is. “It’s pretty mainstream, perhaps surprisingly mainstream,” he notes. 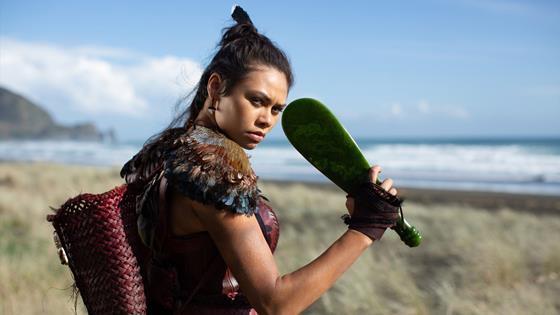 The episodic crime series focuses on Victoria Woll, a hardened investigator with a profound sense of justice, who has worked her way up the ranks. Charting her path across two different timelines: Woll’s present is to to solve cases and put criminals behind bars, and in the future, where she is locked up in prison.

A spin on Nordic Noir, Halliwell notes that he was more trepidatious of it being too much of a departure from the genre and therefore a risk for buyers, rather than them potentially passing on another series from the crowded genre. Its atypical blend of dark drama and comedy is its strength, however.

“If you spoke to the producers, it’s lighter in touches, comedic, and it’s procedural,” he says. “There are bits you won’t have seen in Nordic Noir. That made me a bit nervous, because that’s not what people necessarily expect. I was a little bit cautious about whether we are straying too far from where the audience wants us to be.”

Halliwell says the finished product resembles more of a series originating from the UK or the US; which is telling given For Life's writers were behind Netflix’s Norwegian mob comedy drama original Lillyhammer.

Its English-language market beats have driven strong interest for the format, he says, for which NENT had been fielding calls ahead of the finished tape. “It was really noisy, people are almost asking: what the hell were Norwegians doing making shows like that.”

The finished drama’s production credentials – Monster is a NENT Group company, of whom NENT UK has already widely sold their drama Nobel – is such that he expects buyers for the tape to be widespread in traditional Nordic Noir European territories. 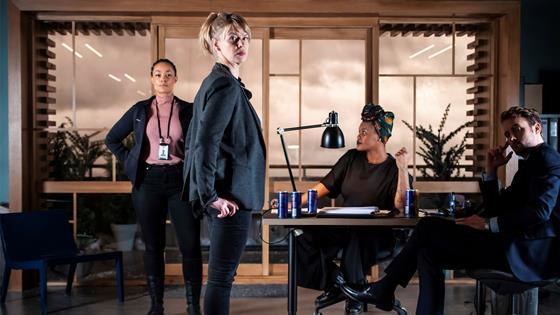