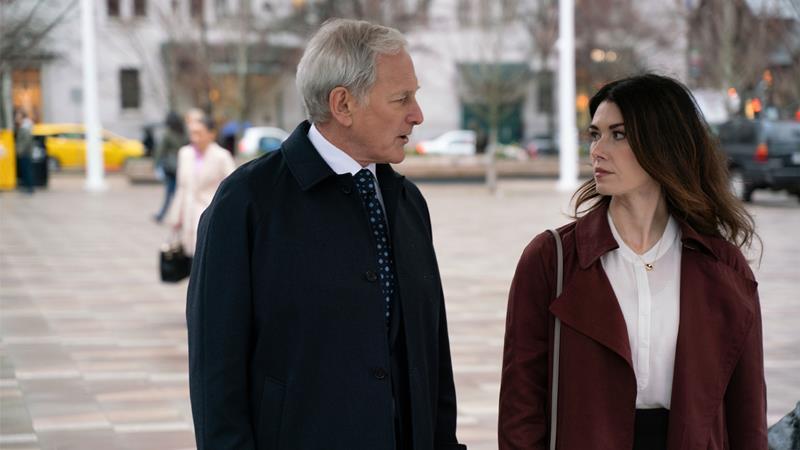 EOne got hold of this Canadian legal procedural thanks to a long-standing relationship with producer Seven24 Films. Discussions between the two parties began early in the show’s life, from the “development process, throughout the time it was commissioned by Corus”, according to Spyro Markesinis, executive vice-president of sales, EMEA and Asia at eOne.

The 10-part series, commissioned by Departure broadcaster Global, follows a group of flawed family members who reluctantly work together at their father’s law firm. It stars Jewel Staite (Firefly) as lawyer and recovering alcoholic Abigail who is attempting to piece her career and family back together. As part of her probation, she is made to work at her the law firm of her father, played by DC's Legends of Tomorrow Victor Garber.

Besides practising family law for the first time, Abigail must also forge new relationships with her half-brother and sister (The Expanse’s Zach Smadu and Genelle Williams), whom she's never met. The result is a dysfunctional family law firm operating to help other families with their own issues.

Markesinis says the addition of another procedural to eOne’s library reflects the intense demand from buyers for this type of scripted programming.

“We had an internal presentation looking at what’s working in the US at the moment and not only did all four major networks have procedurals near top of their roster, but each had at least one spin-off that’s performing almost as well, if not better than, the original,” he tells Broadcast. “And it’s not just the US. There’s still huge demand for well-made, marketable procedurals across our distribution footprint.”

In particular, he adds, SVoDs are increasingly looking to procedural programming as a foil to their serialised heartland to attract viewers, while the “fast-emerging AVoD market” is also emerging as a lucrative space for these dramas. As such, “lines are beginning to blur” as to which buyers eOne might target for the show. With worldwide rights, Markesinis says eOne will be looking widely at the international market.

The series has already been renewed by Global for a second 10-part series, and Markesinis thinks its distinct tone is helping it cut through.

“It’s the balance between the humour and drama. It’s not a court room drama each week like so many other legal shows, it’s less of a “whodunit” and more of how can wrongs be righted,” he says. “The legal cases are told through the prism of our likeable, quirky and strong but flawed female lead playing a human rights lawyer and that brings a unique warmth to show that many legal procedurals do not feature.

“I think after what we’ve all been through this past year or so that’s not a bad thing.”

In Moonshine (fka Feudal), eOne has hopes that it is has stumbled upon the natural successor to breakout Canadian commercial and critical hit Schitts’ Creek. Like its illustrious predecessor, Moonshine tells the story of a dysfunctional family of adult half-siblings battling for control of the family business, gone-to-seed summer resort The Moonshine. Set in the small-town area of South Shore, Nova Scotia, the comedy-drama explores lust, legacy, greed and family dynamics.

“It’s a drama, but it’s also a comedy, it’s got a crime element, but it’s not a procedural,” he says. “It’s almost because it isn’t your average show, that makes it stand out.”

The show comes from Sheri Elwood, who also created dark Canadian comedy Call Me Fitz for HBO Canada, and also served as a writer and exec producer on Netflix dramedy Lucifer.

Moonshine’s place on eOne’s slate is also emblematic of how important importance Canada is to in the company’s distribution arm but also as an “IP developer and producer”.

“The quality in Canada has gone up, validated by series that have been picked up by other territories. US networks are picking up Canada shows with regularity,” he says. “We have five Canadian dramas in production, Canada is an important strand of our content arm. We’re picking up shows that we think are quality and timely in terms of subject matter”. 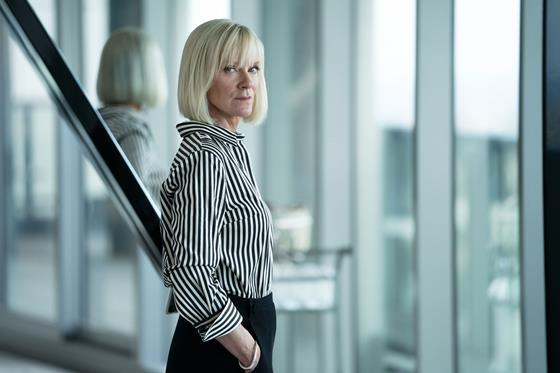 Australian audiences’ penchant for glossy US series often belies the dramas made in the country, but the “unapologetically glossy and commercial” Between Two Worlds changes the paradigm, according to Dan Gopal, executive vice-president of sales in EMEA for eOne.

Without compromising on narrative and characters, typical of the crime-themed drama often produced in Australia, the Seven Studios-produced series provides the “escapist, guilt-free” television – demand for which has skyrocketed under lockdown.

“We’ve had broad interest with buyers screening in most markets,” says Gopal, who sees the cast and plotline have opened the show up to wide interest. “In EMEA, we’re intent on selling pretty broad.”

Gopal says fervour has been particularly strong in western Europe, making countries such as the UK, France, Germany, Nordics, and Spain priorities. Given that the BBC and Channel 5 have both recently acquired Australian drama, Gopal feels a UK PSB home is possible, although in more conservative European countries, the focus would be commercial free-to-air.

With ten episodes ready to go, the order also feels manageable for audiences, who regularly get “fatigue” with some of the 20-plus episode US network shows, says Gopal.

“The advantage of having them in the can is that we can be fully flexible with our broadcasters,” he says. “Some will have gaps in the schedule and VoD services they need filling quickly, whereas others may want the more traditional weekly rollout.”

With creator Lee mulling over ideas for series two, Between Two Worlds’ returner potential is also piquing interest among buyers. 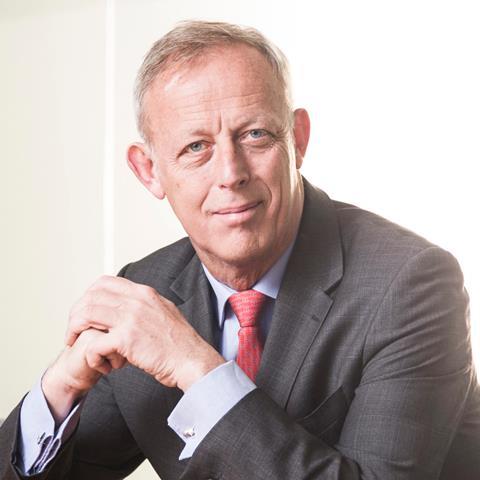 eOne had begun 2020 strongly, having cemented its position in the UK distribution landscape by posting £293.4m revenues in the 2019 Distributors Survey, a growth of 15.8% from last year and the second highest in the top 10 distributors.

Its status was further buoyed by the £2.9bn takeover by toy giant Hasbro in January, which added an IP library of some 1,500 brands to its more than 6,000-hour sales catalogue.

The deal was the pinnacle of a change in strategy in recent years, which has seen the producer-distributor looking to fuel its distribution arm with in-house productions to retain IP ownership and have greater exploitation leverage in the global market.

“Pure distribution entities depend on other people creating the shows, are less creatively involved and don’t fundamentally own the underlying IP,” says Stuart Baxter, eOne president of international distribution. “Five years ago, that was a big part of eOne’s business. It’s a much smaller part now and after the Hasbro acquisition, it’s going to become even smaller.”

As such, new president of global television Michael Lombardo is overseeing the development, creation, and ownership of programming, drilling down into the Hasbro library and tapping IP for projects.

Furthermore, Baxter says he now spends less than 25% of his time on pure distribution and more working with creatives on the international value of their shows.

One change he has identified during lockdown, however, is that the lack of new content has meant an “uptick in distribution”, with eOne seeing particular interest in library content that is “pertinent for the times”.

Another consequence of the coronavirus lockdown has seen the distributor become more forensic in its client engagement. Without the option of face-to-face meetings, Baxter says eOne has beefed up its online screening system.

This allows sales execs to see exactly what buyers have viewed, how much of a programme they’ve watched and if they went straight on to another episode. “We’re becoming, dare I say it, a little more data-centric, and we’re seeing lots of clients are fully engaged,” he says.

The system will have the added benefit of informing eOne’s development going forwards – though it does not ask clients to rate shows, as there were internal concerns this could be considered as a negotiation tactic.

“We were trying to understand the different motives for buyers – should we do a thumbs up, thumbs level, thumbs down system, or something more sophisticated? Ultimately, we haven’t asked them to rate shows and our thinking is the buyers prefer subtlety.”

However, in this extraordinary time, eOne is further tailoring its distribution to changing buyer behaviours. With more buyers able to watch shows at greater length, Baxter and his team are supplying more episodes, uploading more and offering programmes from older seasons.

While this results in more work for the team, the benefits are clear, says Baxter: “At home, buyers are less prone to pure sales fervour and more focused on their own evaluations. When we engage in discussion, what we’re seeing is they’ve watched more, they know the show better and they’ve done more research.”