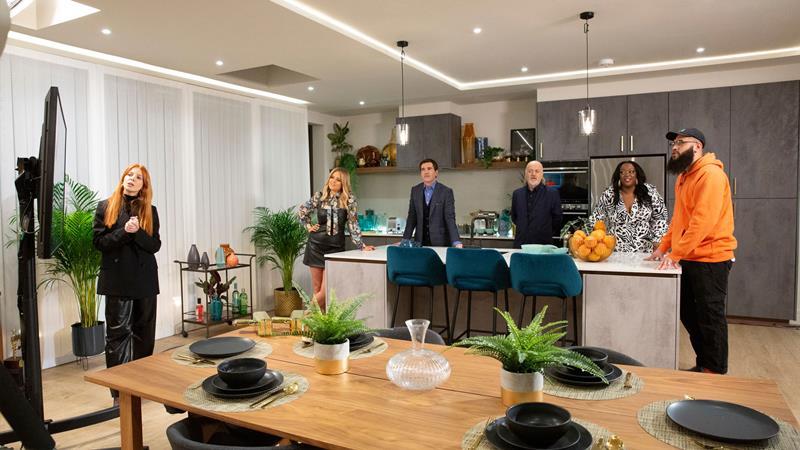 This is My House

Guessing game formats are all the rage and you’d be hard-pressed to find one as wacky and fun as This is My House.

Creators Richard Bacon and Nick Weidenfeld became obsessed with the idea of setting a gameshow inside someone’s house. BBCS-backed Expectation agreed and within 10 minutes of watching the proof of concept, BBC entertainment director Kate Phillips had commissioned a pilot.

Hosted by Stacey Dooley, the irreverent six-parter pits four people against each other to convince a group of celebrities that the house being exhibited is in fact theirs.

Three of them are lying and have to go through a series of challenges and walkabouts trying to prove that they are the real homeowner.

“Kids, adults and grandparents can sit and playalong and everyone has an equal chance of getting it right,” Connock tells Broadcast. “This really adds to that shared viewing experience.”

The celebrities gathering in a “sort of anti-studio” is also a good sell, she adds, making the show reminiscent of Celebrity Gogglebox as the quintet play sleuth for the hour.

Connock also hails Dooley’s contribution, adding: “She’s so brilliant at connecting with people and is a sharp cookie who asks good questions. At the same time, she is completely on board with the absurdity.”

The first four episodes have picked up an average overnight audience of 2m, rising to 2.5m after consolidation. While this is behind slot average, Connock points to the show’s success with younger and diverse audiences.

BBCS launched This is My House at its virtual Showcase event in February, where it picked up a “huge amount of interest”, according to Connock, who is now hopeful it will sell to networks in territories such as Western Europe, the Nordics, the Netherlands, France and Germany. Though finished tape is available, it is likely to sell more as format, noting its adaptability within a schedule. BBC1 opted for 9pm primetime.

“The beauty of the format is that its flexibility lends itself to different time slots and lengths; it could easily play for 30 minutes, for example” she adds. This flexibility may also be attractive to streamers, who could series stack a high volume of episodes to appeal to viewers’ desire for repeatable entertainment programming. 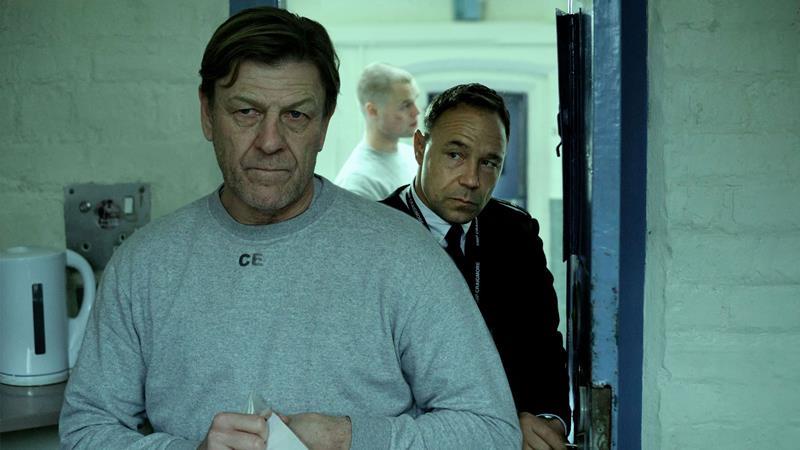 BBC1’s latest scripted offering is “not a prison drama as one would expect,” according to BBC Studios director of sales planning Katie Benbow.

BBCS is both producing and distributing the three-parter from Broken creator Jimmy McGovern, which stars Sean Bean as Mark Cobden, a former teacher responsible for the death of an innocent man, who welcomes his four-year prison sentence as penance. Virtues star Stephen Graham is Eric McNally, a dedicated prison officer doing his best to protect those in his charge but faced with an impossible choice.

The drama is described as a “raw study of punishment and penitence”, bringing together the work of two Bafta-nominated actors at the height of their powers along with a supporting cast that includes Siobhan Finneran (Netflix’s The Stranger) and Sue Johnston (The Royle Family). BBCS also teamed up with Des director Lewis Arnold, who is also behind James Graham’s forthcoming BBC series Sherwood.

“Most prison dramas take place in canteens and are full of fights and drama but, in reality, a prisoner’s time is spent his cell,” Benbow tells Broadcast. “Time is therefore set in a deliberately confined and closed space, which brings out the intimate performances of Stephen and Sean – both playing inherently good men.

“We get a bit nervous with prison dramas in the international market as they can be overly British and dwell on the justice system, but these characters are so relatable in such unfamiliar circumstances that the appeal is broadened.”

The Covid-19 pandemic struck prior to filming finishing and some of it had to be done following stringent protocols, which Benbow described as a logistical challenge, especially for the more intimate close-up scenes.

She rejects the notion that consumer demand for “escapist, blue sky content” will dampen international demand for a prison drama.

“Viewers may want the blue skies of Death in Paradise to escape to, but this has also been a really rich time of deep soul searching and that is a universal theme in Time.”

BBCS can also leverage Bean and Graham’s international popularity. Bean last worked with McGovern on Broken, for which he won a Bafta, and that drama sold well abroad.

BBCS is in “final stage talks” with North American networks over acquiring Time and Benbow is hoping to shop the drama in territories such as Australasia and western Europe. 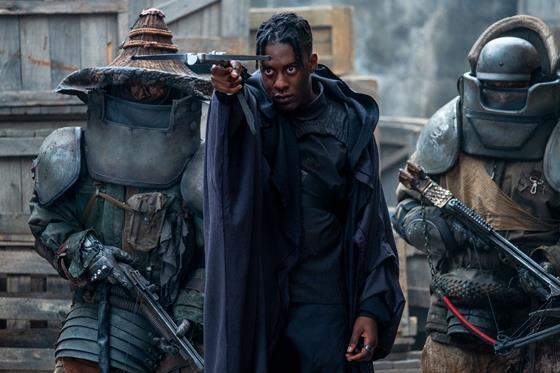 This is the latest series based on a world created by the late, renowned fantasy author Sir Terry Pratchett, following on from Good Omens. It is likely to satisfy global demand for escapist content.

Inspired by characters from Pratchett’s best-selling Discworld novels, the comedy-drama follows a group of misfit police officers in the fantastical world of Ankh-Morpork, a corrupt city where crime is legal. When an old nemesis resurfaces and threatens the city, a band of atypical heroes must save the day.

The eight-part series, which is the first drama to be produced by BBCS for a third-party broadcaster, is being courted across the world, according to Mukaddam, with major deals set to be announced soon.

While comparisons to Good Omens are easy to make, Mukaddam says The Watch is more accessible to people that are unfamiliar with Pratchett’s canon.

“At its heart, this is a procedural cop show, filled with humour, interesting storylines and a super-diverse cast,” he says. “This isn’t only being marketed to Pratchett fans – it’s going to be very mainstream.”

He thinks it will work well with Game of Thrones fans, already familiar with Dormer, but “at the same time you could happily whack this on a PSB and have a repeat audience coming to it each week in the schedules”.

The Pursuit of Love

Adapted from Nancy Mitford’s best-selling 1940s novel, BBCS is seeking to update this period drama to appeal to the Normal People generation.

It will be helped along by an A-list talent, led by Lily James and Dominic West, while Emily Mortimer is both writer and director.

The drama follows the Radlett family, focusing on wayward daughter Linda (James), who is consumed by a desire for love and marriage.

Her friendship with sister Fanny is put to the test as her heart leads her to wild and outrageous places, while pre-war political divisions are splitting the nation.

According to Mukaddam, Mortimer’s script, which has a “comic, modern edge”, will appeal to the coveted 16-34 audience, and buyers in this space are being targeted.

“Lily James will help with this,” adds Mukaddam. “You only need to look at a show like Sanditon, which was a period piece that appealed to a much younger-skewing audience.”

Mukaddam says there has been “lots of interest” globally, from key markets such as North America, Australia, and New Zealand, while the likes of HBO Europe is being targeted.

The three-parter could be stripped across a linear schedule or work as a box-set mini-series. 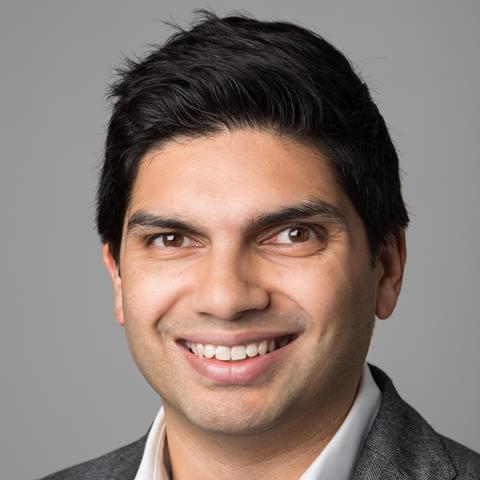 The highly lucrative commercial production-distribution arm of the BBC is soon to receive a shot in the arm when current chief executive Tim Davie, departs to become the 17th BBC director general.

The sales side of BBC Studios, which merged with the BBC’s production business in 2018, has benefited the decision to allow the latter to produce content for third party broadcasters for the first time.

The distribution division holds a catalogue of around 40,000 hours’ worth of content, spanning all the major genres, such as big-budget BBC2 and Amazon scripted co-pro Good Omens and BBC1 blue-chip natural history series Planet Earth.

With seven bases worldwide, partnerships in a multitude of countries and stakes in the likes of BritBox and BBC America, it is a global powerhouse, posting revenues of more than £400m in 2019 and owning a catalogue of well over 40,000 premium hours.

The distribution arm also has stakes in 15 indies – some with exclusive distribution tie-ups attached – with Steve Coogan’s Baby Cow Productions, Killing Eve producer Sid Gentle Films and The End of the F***ing World indie Clerkenwell Films among them.

A recent restructure saw president of global markets Paul Dempsey taking on a New York-based role overseeing all international sales and distribution, and all eyes will be on Davie’s replacement as chief executive when they are announced.

Last year, BBCS increased its returns to the BBC by more than 15% to £243m. In the past seven years, it has returned £1.5bn to the BBC purse.

Salim Mukaddam, who was recently promoted to become senior vice-president of co-production and content sales in EMEA, says the priority when Covid-19 broke out was to “be as good a partner as we can”.

BBCS reached out to buyers whose schedules were being decimated with an "emergency package" of programming that contained additional runs and made some new content available.

“We have strong, established relationships with partners and wanted to be fair and reasonable,” says Mukaddam. “Buyers want to know where good content is and want to make sure they have access to it, so we are busier than we would normally be at this point in time.”

Since lockdown, activity has been up around 10%, with content deals in China and Germany are on the horizon and another “huge output deal” in an unnamed territory is soon to be concluded.

Escapist, repeatable content – such as Clerkenwell Films and Cosmopolitan Pictures’ daytime drama The Mallorca Files – is in high demand from BBCS’s catalogue. This is preferably recently-produced programming, so that it still has an original feel to it.

“This is exactly what people want to watch right now – beautiful people in beautiful places,” says Mukkadam. “There is a huge demand for resonating content, the environment is increasingly competitive, and buyers are looking further into our back catalogue.”

Meanwhile, potentially Covid-proof formats such as Dancing with the Stars have picked up traction, with countries such as Germany and Russia continuing to produce the format under lockdown conditions.

Mukkadam says “great deals” have also been struck with buyers in territories like Spain and Australia, territories hard hit by the slowdown in US content production.

Mukaddam hopes buyers will turn more to acquisitions as time goes on.

“Some partners are budgeting and re-budgeting to see where they are before they approach the market; they are seeing what happens to the ad market first,” he says.