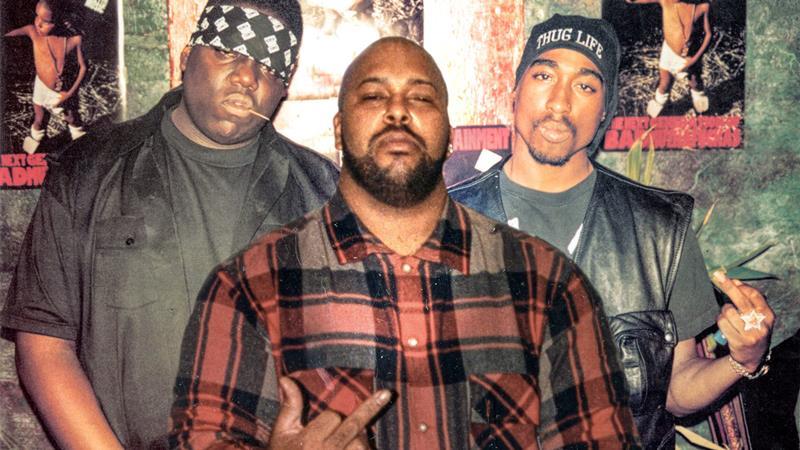 Directed and produced by Whitney: Can I Be Me filmmaker Nick Broomfield, Last Man Standing details the story of Suge Knight, former chief exec of music label Death Row Records, and his involvement in the murders of rap stars Christopher Wallace (aka Notorious B.I.G and Biggie Smalls) and Tupac Shakur (2Pac).

Uncovering new information about the events that led to the death of two of the biggest global artists, the film gives untapped access to the world of LA street gang culture which came to dominate Death Row Records’ business dealings.

Abacus Media Rights (AMR) became involved with the project through managing director Jonathan Ford’s existing relationships with both Broomfield and music content commissioners at the BBC.

According to Ford, the jump in interest for premium docs across platforms added to AMR’s attention to the project. “There’s certainly been an increase in demand for these stories; stories with named characters people know about, stories with that crime basis to them,” he explains.

Broomfield’s “auteur” status as a British documentary maker was another big pull, alongside his “track record for making well-known, impactful films around well-known characters”.

Last Man Standing’s focus on the story of Suge Knight, who was recently sentenced to 28 years imprisonment for manslaughter and a series of other violent crimes, gives a fresh and contemporaneous angle on an iconic historical incident.

“Looking at that from a new perspective with new information and new access that’s never been revealed before, it’s the type of thing that we can see the market being interested in,” Ford notes.

Despite the reduction in the theatrical market brought about by the pandemic, AMR is aiming to sell theatrical rights to buyers in territories around the world, as well as direct to television and streamers.

The UK theatrical release is being handled by documentary films producer-distributor Dogwoof, and Ford says AMR are seeing similar deal in key territories.

With a number of sales made already, including in the US, Canada and various European territories, Ford has set his sights high.

“Suge Knight and Biggie and Tupac are worldwide names, so we’re looking to sell the world on this,” he says. 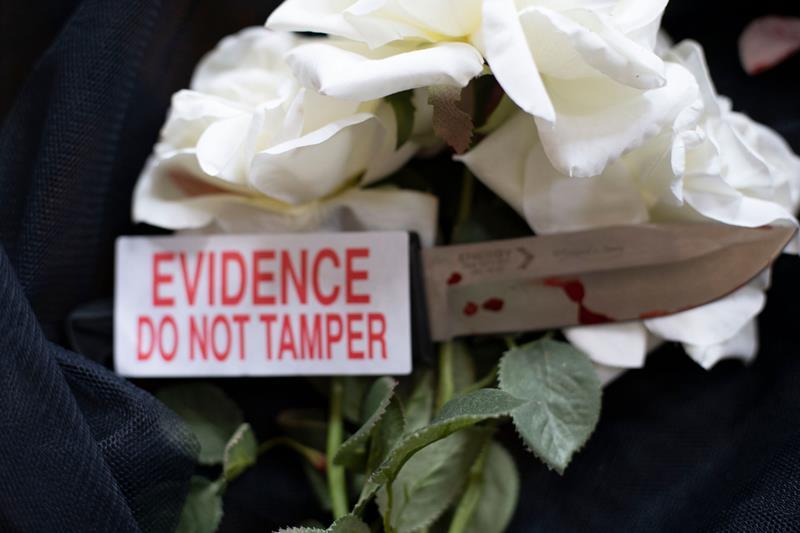 Abacus Media Rights’ (AMR) involvement with this true-crime series was never in doubt, according to managing director Jonathan Ford.

The series, from factual specialist FirstLook TV, investigates cases of the most common form of murder – when a married person kills a partner. Women who are murdered are more likely to have been killed by their husbands than anyone else. As for men, whilst it is more likely their assassin will be a friend or acquaintance, the second most dangerous person they face is their wife.

In cases split between the UK and the US, Meet, Marry, Murder explores the lives of ordinary people and unearths the strange reasons why one spouse begins to hate the other.

The show had already secured a broadcast partner in the US, with True Crime Network (formerly Justice Network), signing up for the 52-episode series. With additional US rights and international rights available for AMR, the decision was a “no-brainer”.

“It’s a good volume series and with the cases split, it has transatlantic appeal,” Ford says. “What’s important is to find a storyline that can sell internationally. What [FirstLook chief] Will Hanrahan has done is made a show with US, UK stories. It’s relevant to the commissioning territory but will sell around the world.

“Channels that focus on true crime, certainly continue to get ratings. From our experience of what we’ve been selling, we know that there are channels looking for this kind of lean-back show, where people want to just be entertained.”

Ford adds that the volume allows a broadcaster to schedule it in many ways, both in linear and on digital platforms.

“They can schedule across a day, with back-to-back episodes if they want, but they will also buy for their own catch-up services,” he says. “It lends itself to binge-viewing too.”

AMR has already secured second window linear, and an OTT buyer in the US, and a UK broadcaster has also bought the show, but giving AMR encouragement it can sell the show even wider. 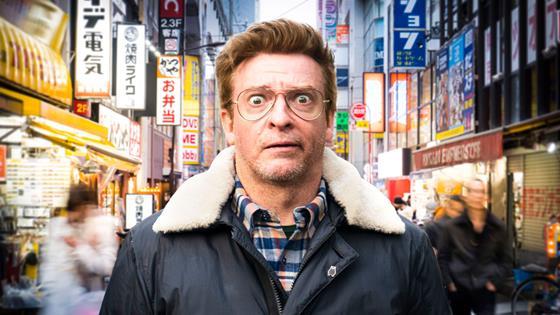 This travelogue, fronted by Jumanji and Flight of the Conchords star Rhys Darby, had originally been created in advance of the 2020 Tokyo Olympics. While Abacus managing director Jonathan Ford, drily points out it is “still in advance of the Olympics – just a little bit more than planned”, the four-part series now has the added dimension as a general interest documentary.

“When we took it on, we still thought Olympics may happen,” he adds. “We took one reference to Olympics out so it could run this year, but a lot of channels are looking at a licence for the first half of 2021.”

The series sees Darby explore Japan for the first time. The comedian and actor’s purpose is to discover how the country, as one of the most technologically advanced societies in the world has remained culturally strong and distinctive, as the rest of the world becomes increasingly homogenised.

“There have been a few explorations of Japan, particularly from the UK, but this is Rhys’ unique way and is very international,” says Ford. “He’s not a ‘super-celeb’, but is a widely recognised character who brings people in.

Ford identifies a “broader age group” consuming travelogues than in the past – comparing the older-skewing audiences of Michael Portillo’s Great Railway Journey docs for the BBC with the wider demographic that helped Michael Palin in North Korea deliver Channel 5 top ratings in 2018.

With a deal in the US “looking very positive”, Abacus is anticipating further interest from basic cable linear channels and free-to-air networks in the build-up to the rescheduled Olympics. However, the show’s “timelessness certainly works for the streamers”, notes Ford. 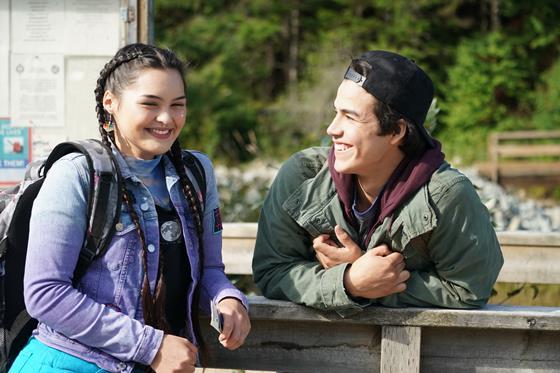 With a greenlight and script development for a second series already underway, Ford is confident about the appetite for Trickster, a six-part supernatural drama based on the bestselling trilogy of books by Eden Robinson.

However, Jared has also inherited magical abilities from his mother and estranged father Wade, known as Trickster. When Wade suddenly reappears to determine whether Jared has powers and must be killed accordingly, the teen is forced to navigate a deadly situation while trying to control his own life.

Ford says Sienna’s production credits on the likes of Cardinal, which is currently in its third series on BBC2 and CBS’s Ransom, act as a badge of quality for the younger-skewing mystery.

“This is a supernatural mystery which delves into an indigenous gothic mythology rarely, if ever, seen before on television. We have a wide range of buyers across multiple platforms and territories who have been eager to receive episodes from series one for some time,” Ford says.

“These are now being delivered and the reaction is very positive. And of course, it’s great that series two has already been greenlit by CBC ahead of its premiere in September this year.”

Abacus aims to make it count 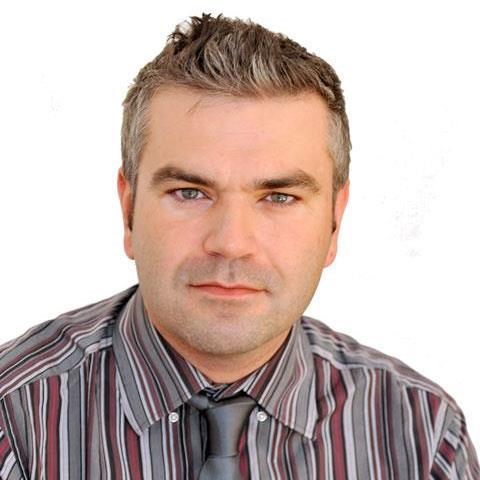 Launching a business in the middle of a pandemic could faze some but Jonathan Ford, the vastly experienced and unflappable founder of Abacus Media Rights, has taken events in his stride.

Having finalised a business plan and secured investment from Amcomri Media Group, following his departure from now-defunct Kew Media Group at the start of the year, Ford and his senior team managed a solitary meeting before lockdown sent them to all parts of the capital.

Ford counts himself lucky he was yet to sign a lease on office space and avoid a significant cost, while his launch slate was not derailed by lockdown, with Abacus having signed up the rights to a number of projects which had either been completed or were in post-production.

He is champing at the bit to get back on the road and meet buyers to work out how best to meet their needs.

“I'm keen to get back out there into the market as soon as possible. I believe in the value of face-to-face meetings with buyers in their territory,” he says. “Zoom calls are all very well but its only by being in a comfortable environment with someone that you get understand their view of the market and what they need to help tailor what you offer them.”

Ford’s ambition is to represent around 15 focus titles at Mipcom in October, while a partnership deal with US documentaries distributor Gravitas Ventures for Abacus to represent its titles supplements its own catalogue. Abacus currently has more titles in the unscripted space, although Ford says the scripted slate is of equal importance.

He says the boutique nature of the business is a real positive and will allow his teams to help rightsholders realise the best returns.

“If you can give titles specific love and focus there are better rewards,” he says. “To go the large-scale route, you have to spend big and then the risk is that some titles get lost.”

Another area of focus for Abacus is to help producers line up additional financing for projects which do not yet have a broadcaster attached or require further investment. Ford says Abacus has already enabled four shows to enter production after securing pre-sales deals and predicts such work will account for a “good percentage” of the business.

“We’re operating in a world where everybody is going to be more careful about spend, so there is a real opportunity to help pull those [budgets] together.”

Ford is cautious about overstating the size of the opportunity which has emerged for distributors to sell finished tape to broadcasters struggling to plug holes in their schedule bought about by the coronavirus-enforced production hiatus.

“There is demand for titles, but at the same time the broadcasters are suffering from reduced budgets. Advertising is beginning to pick up a little, but they have all lost a huge amount of money and are still trying to work out what their financial situation is,” he says. “If they are acquiring programming then they are being very selective and careful so it’s vital to make sure you have titles that fit naturally.”

He adds that many broadcasters have sewn up their 2020 acquisition plans pre-pandemic, with some considering whether they need to be as active next year as delayed originations feed back into the schedule.