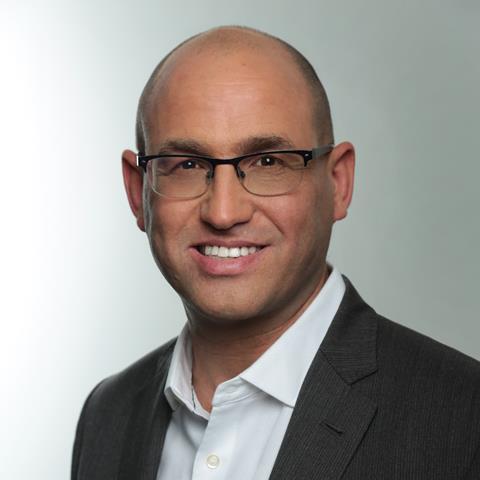 Keshet International (KI)’s progression in the global market has been prolific if unobtrusive, with the Israeli company building its presence in the US, Germany, and Asia steadily since its establishment in 2012.

The global producer-distributor has built up substantial presence in the UK, where its indie Keshet Productions has been joined by Jamie Munro and Stuart Mullin’s indie incubator Greenbird Media, which backs labels such as Rumpus Media, Tuesday’s Child and Flicker Productions.

At the beginning of this year, Munro and Mullin assumed command of Keshet Productions, in place of the departing Sammy Nourmand. The UK production pipeline is viewed as KI chief executive Alon Shtruzman as an integral part to the continued growth of the company, which marries production and format creation for a curated, boutique catalogue.

While the pandemic has meant that production on over 100 hours of programming was postponed across the group, there was an uptick in the volume of business secured by its sales arm, as broadcasters rushed to plug the gaps in their schedule – a mixed blessing, according to Shtruzman.

Speaking from his base in Los Angeles, Shtruzman estimates that sales were up by around 50% over the period.

“It is tough to talk about positives when you are in the middle of such a terrible situation but it is fair to say that there has been increased demand for finished tape and obviously we did everything we could to meet this,” he says.

He cites ‘feel-good’ programming as the most sought-after, as “hard-hitting documentaries or depressing stories aren’t what people want to watch in the current situation”.

Initially ensuring the safety and well-being of staff (located in LA, London, and Tel Aviv), Keshet next turned its attention to providing them with the technical requirements such as Zoom meetings.

“The pandemic has been a gamechanger – before it was a struggle to schedule a Zoom meeting but in future we will be able to travel less because everyone is much more comfortable conducting video meetings,” says Shtruzman.

The exec says he is happy with the scale and scope of KI’s cross-genre catalogue of which the bulk (circa-80%) is generated from within the Keshet Group or from producers the company part-owns.

Meanwhile, the wave of SVoD services means demand “has never been so big”, exacerbated by the emerging trend of studios’ retaining rights to the shows they control for their own services.

“The verticalisation of the groups also means they are producing a lot of shows for their SVoDs in-house, but the need for third-party content remains strong," says Shtruzman.

One opportunity that has been affected is the opportunity for KI to deficit fund projects in return for the sales rights.

The business launched a £44m fund in 2018 that has pre-invested in scripted projects including Ecosse Films’ BBC political thriller The Trial of Christine Keeler, Total Control, Secret Bridesmaids’ Business and Norwegian-German co-production Furia but Shtruzman considers the shift from services offering programming globally to have limited its potential.

“The streamers have concentrated the market so nowadays you typically do one or two deals and that’s it,” he says. “The buyer takes all the rights so there is very little to monetise and the ability to sell in different regions is reduced.”

Keshet’s ownership of the largest channel in Israel and UK-based Keshet Productions, responsible for shows including The A Word, gives it a valuable outlet for its IP but Shtruzman considers it to be a “completely global” company.

“The network gives us access to Israeli IP and creators, but we are very diversified and develop shows in many different places.”

He adds that while not all broadcasters have launched global services, they are increasingly likely to take distribution rights to their shows in-house.

This makes the guaranteed pipeline of shows – including those developed by Greenbird Media’s network of British indies responsible for the likes of Trucking Hell, Killer Camp, The Hit List and Around the World By Train – even more valuable. 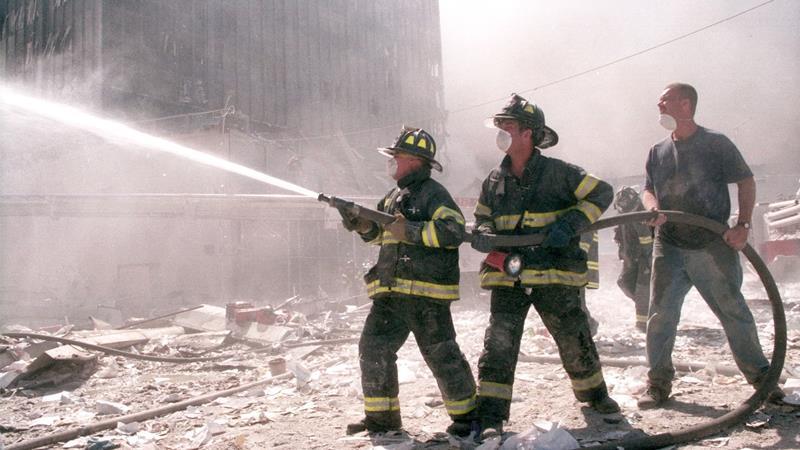 The BBC commissioned this landmark documentary to much fanfare a couple of days before the 19th anniversary of the 9/11 terrorist attacks.

Arthur Cary, director of multi-award-winning BBC2 Holocaust film The Last Survivors, is helming the Top Hat Productions’ special, which aims to respect and remember the events of 9/11 by using newly available archival materials as well as intimate interview to provide a thorough reflection and re-examination of the events that changed the course of human history.

Kelly Wright, senior vice-president of distribution and new business at Keshet International, says Cary’s credentials and the BBC’s financial backing are strong reasons for why this feature-length doc will stand out in what is shaping up to be a crowded market for high-profile films on the topic.

“It’s a BBC1 commission with a very high budget, which is going to be reflected on screen,” she says. “Arthur Cary speaks for himself, he’s a fantastic storyteller – his speciality is survivor stories and surviving the suffering of very traumatic events. When you have the narrative and vision of Arthur Cary and backing and financing of the BBC, it’s a pretty powerful combination.”

More significantly for Wright, KI’s doc has “unique access”. The film, which focuses on the stories of survivors of the attacks on the World Trade Centre and the Pentagon, includes interviews with people who were Manhattan school-children at the time and who now have “serious advanced fatal diseases” as a result of being exposed to the noxious materials during the events. The documentary also follows the families of victims who have travelled to Guantanamo to testify in cases of the perpetrators.

“We’ve got a lot of access that other documentaries don’t,” she says. “For example, the wife of the pilot of Flight 93 is going to be part of our doc and she’s never appeared in an interview before.

“It’s a one-off because we wanted to tell this concisely and powerfully. We didn’t drag it out over 6-8 episodes and try and make a series out of it. We want to have that impact, high-quality premium feel.”

KI, which owns Top Hat backer Greenbird Media, had already pre-sold the doc to a host of broadcasters including Discovery, Canal+, Denmark’s TV2, RTL in The Netherlands and TV4 in Sweden, and Wright says potential homes range “from premium pay to PSB”.

“Some of our buyers are thinking about doing local pieces about the events, but they’re still looking for that flagship piece to complement, ours gives the bigger picture, the global impact,” she adds. 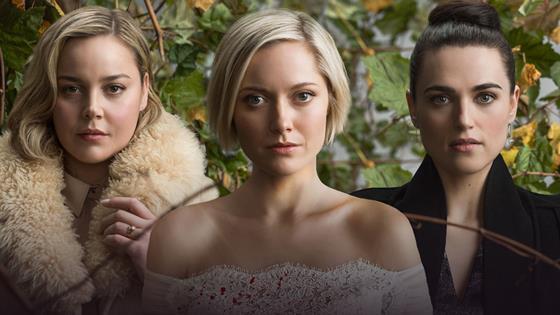 Keshet International (KI)’s track record in male-skewing political and espionage dramas is well-known, and while recent series such as The Trial of Christine Keeler fall into the political bracket, their female-led casts and creative teams have contributed to a new thread of scripted for the Israeli distributor.

Australian thriller Secret Bridesmaids’ Business provides this third prong of focus, according to Kelly Wright, KI’s senior vice-president of distribution and new business, who says this is “on-trend for the market”.

“The world has been looking for more female-skewing content,” she adds. “Whether it’s because of #MeToo or other movements, buyers have told us that, so if you want to access their slots you need to have something that fits. For example, we’ve been hearing from VoD platforms that they want female-skewing with romantic elements – be they light or darker.”

The taut thriller is centred around a man’s proposal to his partner and the chain of events and feelings that are triggered as a result. With two bridesmaids hiding life-changing secrets and the engagement throwing one’s affair into sharp relief, obsession and malevolence infect the friendship group.

Wright likens the drama to Big Little Lies, adding that its cast of Abbie Cornish (Three Billboards Outside Ebbing Missouri), Katie McGrath (Supergirl) and Georgina Haig (Once Upon a Time) adds A-list gloss to premium drama.

“The genre’s unique – a sexy thriller based on female friendships,” says Wright, adding that HBO series Big Little Lies was a success not only due to its top-level acting talent but also its storytelling.

“It’s a story about domestic abuse and a lot of TV producers would be afraid to touch that, but the producers here don’t just touch it, they rip the lid right off and dive in. It’s undeniable content.”

As the series is produced for commercial channel Seven, it has “broad network drama” strength, according to Wright, and should tempt “niche channels that are female-skewing across Europe”.

Wright notes that Seven’s decision to strip the series means it is proven to work as a binge-watch on SVoD services too. “Seven saw an opportunity to experiment here to compete with bingeworthy shows on other platforms, and in doing so got a buzz out of it and made it an event.”

With Indian and Latin American versions in discussion, Wright sees a 360-shelf-life for the title, with finished tape and format adaptations co-existing. 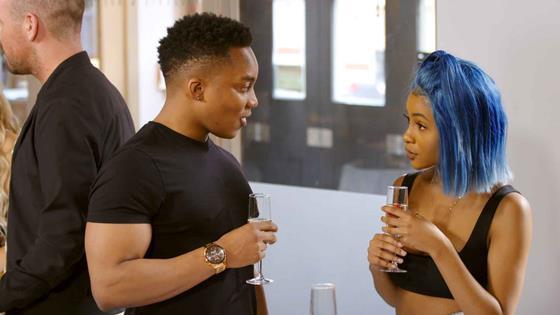 Keshet Productions’ dating format, originally produced for ITV2, was commissioned earlier this month by Discovery – with Banijay Group-owned Nordisk Film TV Norway attached to produce – for its regional VoD service Dplay, proving that the series is a fit for traditional and streaming buyers.

While the UK series was 15 episodes, Dplay’s order is for an 18-episode series, pointing to the increasing demand for high-volume unscripted programming that can sit on VoD platforms for bingeing.

The event format is built around five couples who press pause on their long-term relationships to move into two luxury flats with their newly single friends. At the end of each week they must decide whether to reunite with their partner or remain on in the show on their own.

Shtruzman lauds the show as straightforward and cost-effective to make amid the current production restrictions. “It is very well-contained and therefore very manageable,” he says. “There is no need to fly to remote islands and the fast-turnaround time makes it easier to provide its younger target audience with plenty of content.”

Importantly, the series has been proven to engage the desired 16-34 demographic and drive viewing to linear broadcasters, while proving a sweet spot for younger-skewing audiences on VoD.

KI is understood to have completed a deal for the finished tape of the British version in the US, with a couple of European reversion on the cards, while ITV2 is understood to be considering a recommission for a second UK series.