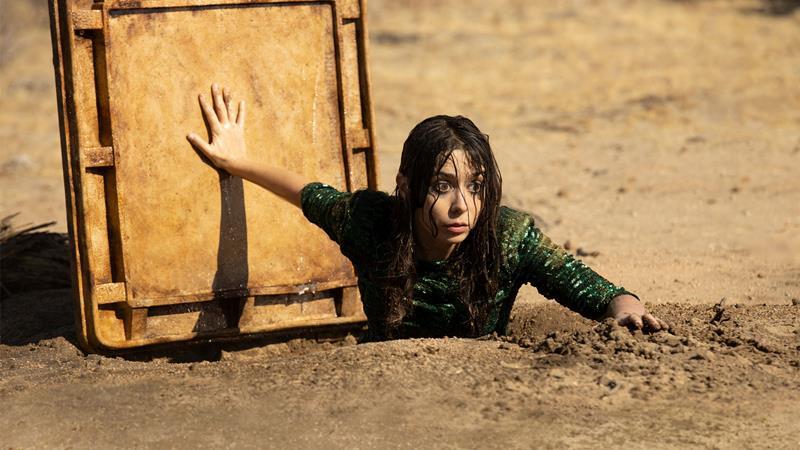 Much of this HBO Max comedy-drama's strength is derived from the fact it is a product of Paramount Television, according to Lisa Kramer, president of international TV licensing at ViacomCBS Global Distribution Group.

Under the leadership of Nicole Clemens, who is mooted as the next scripted originals chief of Paramount+, the studio has a “track record of creating these absolute ground-breaking dramas and finding IP that is different”, Kramer says.

Based on the novel of the same name, Made For Love boasts an all-star cast including Cristin Milioti (How I Met Your Mother, Fargo), Billy Magnussen (Get Shorty) Noma Dumezweni (The Undoing) and Ray Romano (Get Shorty). The series is an darkly comic, cynical and poignant story of love and divorce set in a high-tech world.

30-something Hazel Green (Milioti) is on the run after 10 years in a suffocating marriage to controlling tech billionaire Byron Gogol (Magnussen). She quickly discovers her husband has implanted a monitoring device – the Made for Love chip – in her brain, allowing him to track her, watch her, and access her ‘emotional data’ as she tries to regain her independence. Through the chip, Byron's able to watch Hazel's every move as she flees to her desert hometown to take refuge with her ageing widower father Herbert (Romano).

Besides the comedic element, Kramer says the concept has enough believability to pose interesting questions over science, control, and relationships.

“The idea is super-timely and I love the execution,” she says. “Cristin is so funny and some of the moments are so hilarious, but underlying it is this really deeply disturbing premise.

“Even though it’s impossible, you occasionally think: is it? It's easy to wonder if there is a Byron Gogol out there trying to make that chip. It’s close enough to home to have resonance.”

As an SVoD commission, it is of “great interest to streamers” in the international market Kramer adds.

“We try not to bucket the content, but this has clearly got an edginess to it. It’s not necessarily for everybody, and we’re definitely leaning towards the streamers on this one. It just feels like it sits on those platforms.” 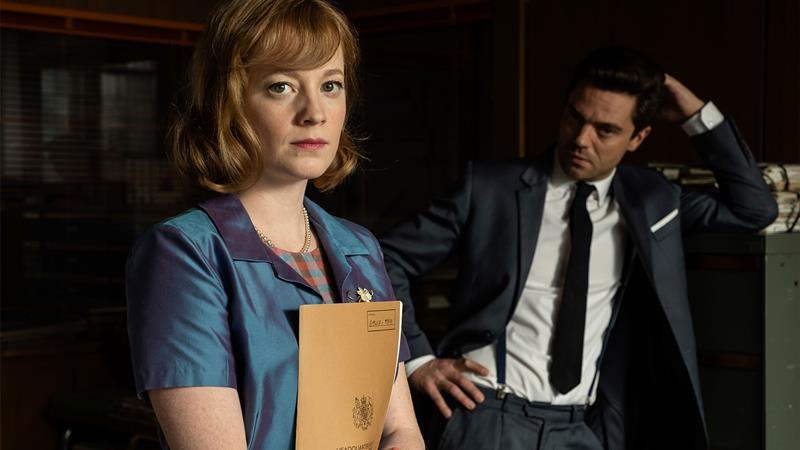 With a script by acclaimed novelist William Boyd, and Mamma Mia’s Dominic Cooper in the lead, there’s justifiable interest in this Berlin-set spy thriller about a young British agent operating at the height of the Cold War in 1961, just before the Berlin wall went up.

Cooper’s character, Fielding Scott, is sent to Berlin to organise the clandestine exfiltration of an East German scientist. Everything goes hideously wrong - and Scott has to set things right, with a brief to sift out a traitor in the UK Embassy or among the Allies.

Berlin at that time was described by Soviet leader Nikita Khrushchev as the “most dangerous place on earth”, with American, British and French troops separated from their Soviet and East German enemy by nothing but an imaginary line. Just like 1961, the cast of Spy City is as international as the citizens of Berlin. German-Portuguese filmmaker Miguel Alexandre directs, and Johanna Wokalek (Pope Joan, The Baader Meinhof Complex) and Leonie Benesch (The Crown, Babylon Berlin) also star.

The six-parter hails from Miramax, Germany’s H&V Entertainment, Odeon Fiction, Seven Stories and Wilma Film. It is the first series to come to ViacomCBS Global Distribution through its Miramax venture. 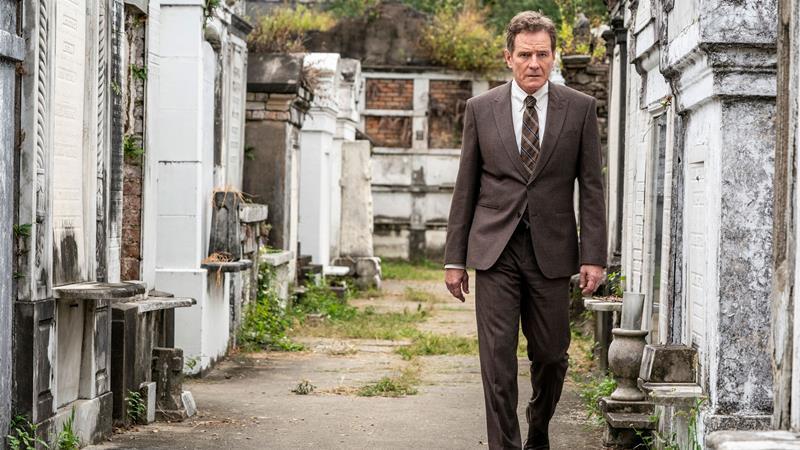 Cranston plays a respected New Orleans judge whose teenage son is involved in a hit-and-run. Forced to cover up the crime to protect his son, he finds himself facing impossible choices when it’s revealed the person his son killed is the son of a much-feared head of a crime family.

Bafta winner Peter Moffat (Criminal Justice) is showrunner of Your Honor and also wrote several of the 10 episodes. Joining Moffat as executive producers are The Good Wife duo Robert and Michelle King, Liz Glotzer, and director Edward Berger, who also directed the first three episodes of the series.

The series is set to air on Sky in the UK through the pay-TV broadcaster’s output deal with Showtime. Similar Showtime output deals also see Your Honor air on Stan in Australia and Crave in Canada. 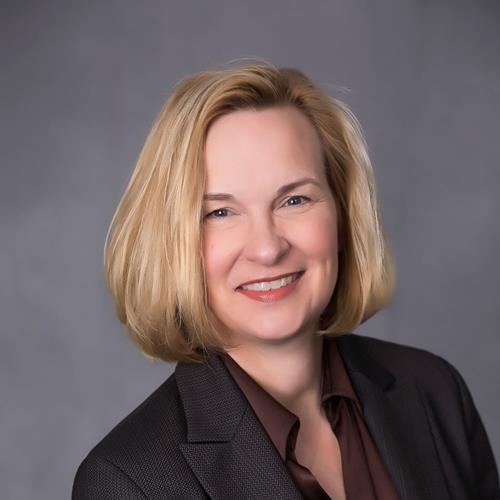 ViacomCBS rejigged its sales operation once again earlier this year, with Lisa Kramer relocating from London to LA to take over global licensing responsibilities for the Global Distribution Group, and Europe-based execs Matt Downer, Philippe Renouard and Bernie Schwab given expanded roles to cover EMEA between them.

Kramer returns to the US as ViacomCBS, like so many of its peers, continues to pursue a streaming-first strategy. Its other focuses are the global portfolio of linear networks and production studios. With flagship SVoD Paramount+ rolling out to Europe, Latin America and Australia this year, Kramer and her team are working hard to extract maximum value from content licensing.

She notes that the “international strategy is developing”, but as the “emissaries of the studio group first and foremost”, her team is working in lockstep with streaming colleagues so that Paramount+'s rollout is not stymied.

“The streaming strategy is at the forefront of our company, so we are being considered with our content windowing to preserve key franchises for our owned-and-operated platforms,” she tells Broadcast. “But we are also not ignoring the value that third-party licensing brings to us.”

While several forthcoming in-house series are being earmarked for Paramount+, as it incorporates content from its sibling D2C platforms and premium networks like CBS All Access, Showtime and Paramount TV, Kramer notes that the distribution group has 140,000 episodes of TV and 4,000 films at its disposal for licensing.

This includes scripted titles made for other streamers like HBO Max’s Made for Love, premium in-house network dramas such as Showtime’s Your Honor and American Rust, and forthcoming reboots and spin-offs of classic brands: CSI: Vegas, Dexter, and Star Trek: Strange New Worlds.

“We have a very robust, intercompany and third-party licensing strategy, and will continue to have relationships with broadcasters around first-run content,” she says. “Also, the life cycle of a television series or feature film has many windows now. Our intention is to support Paramount+ and ensure that they're as successful as they can be. But we also want to be effective with the distribution of programming outside the platform.”

Kramer and other ViacomCBS execs have long reiterated the company’s commitment to third-party licensing. Decisions by rival media companies to withhold content for their global streamers and to draw back licensing from other services are not likely to be replicated at ViacomCBS anytime soon.

In saying this, Kramer extols the value of ViacomCBS’ relationship with broadcasters such as Sky, with whom she says the US firm is “deeply intertwined”.

“We’re not Disney or WarnerMedia,” she said. “Our company views the value of third-party licensing strongly, not only in terms of revenue generation, but being able to reach additional audiences via additional platforms,” she says. “We have enough content and we're nimble enough to service Paramount+ and preserve those relationships.”