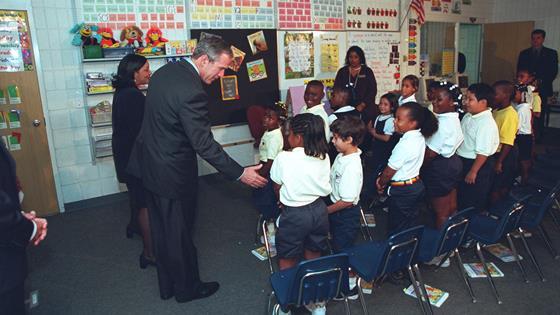 Ahead of the 20th year since the September 11th terrorist attacks, there is likely to be considerable numbers of anniversary documentaries in the international marketplace. But as Ludo Dufour, senior vice-president of international, co-productions and sales at Blue Ant international, is quick to point out, 9/11 Kids demonstrably doesn’t solely fit that category.

The feature-length film, produced by in-house firm Saloon Media, stems from one of the iconic photos from the disaster. During a press event in a second-grade classroom at Emma E. Booker Elementary School in Sarasota, Florida, White House Chief of Staff Andy Card whispers to President George W. Bush that a second plane has hit the second tower of the World Trade Centre in New York. The image of the president looking glassy-eyed and stony faced, in front of a classroom of six- and seven-year-olds, is surreal and widely recognised.

Rather than focusing on the stories of the authorities and those at the attack sites across the US, however, 9/11 Kids tracks down the schoolchildren from that classroom, now in their mid-20s, for an exploration of post-9/11 America through their lives.

Dufour says its historical timeliness and significance has been amplified by the Black Lives Matter movement and other social uprisings sparked by the murder of George Floyd.

Elsewhere it explores wealth disparity, racial prejudice and its impact on the criminal justice system, gun crime, the role of drugs and the importance of education.

“Looking at these 16 students with angelic faces, being able to see how much their lives have been moulded by this very day, to see how it impacted them, is a fascinating way to look at the country,” he says.

The forthcoming US election further dissociates the doc from an anniversary piece, Dufour notes, and global interest on the race, plus perennially important social themes are likely to entice international buyers.

“A feature documentary is potentially more likely to end up with a streamer, but we need to make sure we get the best deal for the film and make sure that most people can watch it,” he says of the sales strategy. “We’re open to any option, but a global approach from a streamer followed by specific windows in other territories would definitely be an attractive business model.” 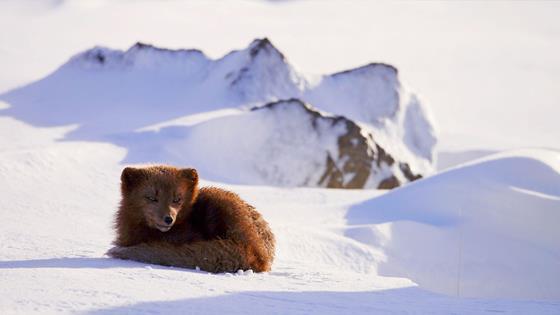 This series from Glasgow indie Maramedia fits comfortably in Blue Ant’s wheelhouse. The drama-tinged factual three-parter, showcases some of the world’s most hardy animal characters over one dramatic breeding year in Norway, Scotland and Iceland. Following arctic foxes, otters and reindeer and their survival in the remote northern edges of the Atlantic Ocean, audiences are given insight into animal behaviour that is new even to scientists, let alone TV screens.

“Maramedia is the big reason for why we embarked on this project,” Dufour says. “They have a unique storytelling sensibility and have really struck the right balance between natural history and drama.”

The myriad broadcast partners add “gravitas” to the series, and open up buyer possibilities while strengthening Blue Ant’s channel relationships.

“In distribution, when you pitch a finished series and explain the partners, clients’ eyes light up,” Dufour notes. “They know these broadcasters would not come on-board if the production quality wasn’t the best in the business.”

Scandinavia’s PSBs are among the initial targets, given their desire to have “a blue-chip natural history experience with factual takeaways for the audience”, Dufour explains. He is also anticipating interest from more general entertainment channels, driven by dramatic overtones and the presence of Hollywood star Ewan McGregor as narrator.

“People who aren’t natural history fans, might be drawn in by his dramatic storytelling style,” he adds. “Many episodes are mosaics of environments and ecosystems. It makes it more versatile to more education- and entertainment-led broadcasters.” 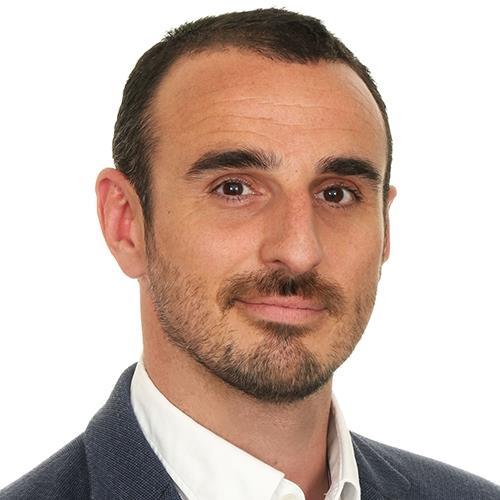 The global spread of Canada-headquartered Blue Ant International’s production and distribution interests is such that its 4,000-hour catalogue feels greater. The unscripted specialist sports the biggest collection of 4K natural history programming, and through its Love Nature linear and streaming platforms, reaching millions of viewers across 144 countries, is a leader in the blue-chip wildlife content space.

According to Ludo Dufour, senior vice-president of international, co-productions and sales, Blue Ant's breadth has helped the outfit to fulfil buyers' needs over the past six months, as holes in schedules started appearing.

Predictably, broadcaster acquisitions teams have been targeting feel-good programming and this has dealt a few surprises as to what catalogue content was selling, Dufour adds.

“The genre that has shifted the most in interest is travel. We didn’t have that many homes for travel shows over the last two to three years,” he says. “The comeback of that genre has been accelerated by the pandemic. Not so much in a demand for travelogues, but more multi-dimensional programming which mixes in culture and history with an authentic host. Those shows have been very successful.”

Elsewhere, DIY and home improvement programming along with cooking shows have been strong for Blue Ant, all complementing its flagship natural history content, which has been the big deliverer on the sales side. Being able to “travel” to the great plains of Africa or the Arctic” provided a “welcome, relaxing and escapist experience”, Dufour says.

Although Blue Ant’s interest in natural history is a significant part of production and distribution, the sales catalogue still has a “large majority” of third-party programming. Understanding the value of having premium programming, while acknowledging how expensive and precarious production can be, especially within blue-chip natural history, has given Dufour added perspective during the pandemic, with companies required to become even more forensic in their investments in content.

“Distributors have helped producers finance shows and shape them creatively over the last five years, and it’s something we do, but it [has become] more of a gamble [recently],” he says. “We’ve started working with producers at later stages in the production process to ensure those shows can be delivered.

“We’re being more cautious both in the types of project we select, considering some factual genres are more at risk than others, while keeping an eye on the rapidly shifting landscape.”

Consequently, Blue Ant’s ambitions in the scripted production space have been handled more gingerly and Dufour concedes: “whether those ambitions will be realised in the short- or medium-term, I don’t know. They require much bigger teams and, as a genre, it’s more affected than the factual world.”

As with unscripted programming, acquisitions will play a central part of the scripted strategy and despite the added competition drama brings on the open market, new entrants have helped.

“It makes us want to acquire more finished content. We’ve had some successes with short-form scripted and live-action series this year, which is an interesting way to get into this genre, it’s less costly and new opportunities are opening up, especially in the US,” he says.

The added financial pressures coronavirus has brought to the content market will see more co-productions and content partnerships being forged to bring in new programming. As a company with vast co-production experience from its natural history and international production endeavours, Dufour believes Blue Ant is in an advantageous position.

Love Nature’s content deal with UK channel Sky Nature, which sees the Blue Ant firm deliver 50-80 hours of exclusive original programming alongside hundreds of hours of library content person, is a case in point. Broadcast reported earlier this year that the companies were in discussions over seven-figure co-productions to supplement the existing partnership, and Dufour says the model is beneficial across the entire business.

“From a production and distribution background, I find myself in an environment where I have a talented team who are commissioning and who already find other production partners to finance those productions, mainly in Western Europe, and can then potentially expand that to the US, which is completely open, and also look for financing partners,” he says. “I then have a slate of more than a dozen projects I can offer to clients who are looking for this content at the moment.”