Despite 12 months of unprecedented disruption, factual producer and distributor Parade Media Group has achieved its best year to date, according to founder and former Endemol Shine executive Matthew Ashcroft.

The London-based firm, which launched in 2015, added £1m to its gross revenues and managed to get two series greenlit “because we were able to meet broadcaster’s demands to deliver a premium producer under Covid restrictions, in their specified timeframe,” says Ashcroft.

These included history series The Buildings That Fought Hitler, produced by Hello Mary for UKTV’s Yesterday and Australia’s SBS, and The Royals Revealed, made by Back2back Productions for Channel 5 and Australia’s Network 10. It continues an upward trajectory for Parade, which has grown its catalogue to more than 2,800 hours of programming and also has offices in Sydney, Singapore and Miami.

“I believe you can only truly scale up if you’ve got experts deep within the region,” says Australia-born Ashcroft. “We approach the business differently, blending local expects around the world with the expertise that has been built in the company.”

“Debbie is introducing us to all the players in the UK, where we have been making our biggest swings in the last 12 months,” Ashcroft adds, noting that around 85% of Parade’s content is sourced from Australia. An equity partnership deal in Asia forged with US lifestyle network Outdoor Channel in 2019 sees more than 200 hours of Parade content licensed every year, extending its international footprint.

“It gives us a direct-to-consumer broadcast outlet in Asia,” says Ashcroft. “We’ve essentially created an outlet to which our producers can sell their content, by effectively buying into a broadcaster. It means we now have broadcast expertise, to the extent that we’re launching FAST (free ad-supported TV) channels in Australia through 7plus and New Zealand via TVNZ On Demand.

“It all speaks to how we’re constantly looking at ways to create opportunities for our producers to monetise their content.”

Another key investment, spurred by the pandemic, has been in a virtual meeting platform that was initially developed for US studio Paramount.

“It’s as close as we can get to a real-life meeting and I can engage with buyers as if we’re sitting across from each other in Cannes,” Ashcroft says. “It has been essential when taking people though our catalogue and sharing clips with them.”

In terms of Ashcroft’s further ambitions for Parade going forward, he says the priorities are “investing in premium factual content while staying true to our lifestyle roots”, a genre where he Parade is able to “make a real difference to producers.”

“The last five years has seen us gain a reputation as a go-to company for lifestyle content because we have these dedicated distribution channels that a lot of other companies overlook,” he concludes. 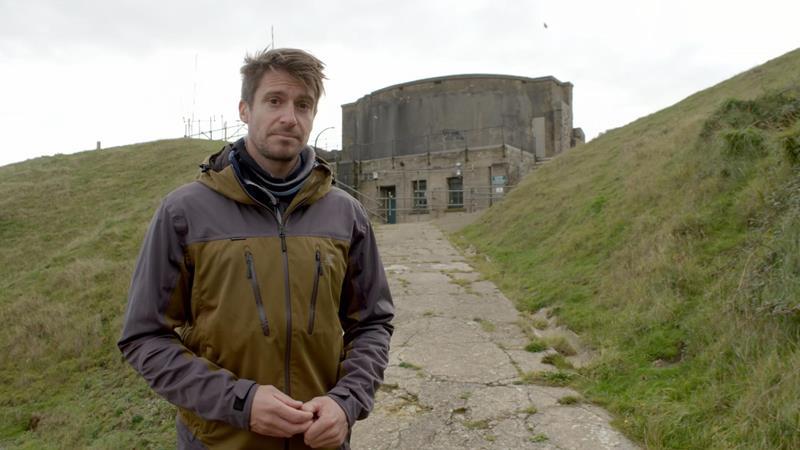 The Buildings That Fought Hitler

Parade Media believes international broadcasters are seeking new stories in history programming, which is exactly what this series delivers.

It reveals the previously untold legacy of the thousands of buildings in the UK that were constructed post-Dunkirk, when Britain thought a Nazi invasion was imminent. Fronted by presenter and engineer Rob Bell, it explores how the British planned to use them against the Nazis and investigates how many remain, shining a light on the unusual structures – some built purely to destroy, some to deceive the enemy. Experts will also provide perspectives on both sides of the war.

The eight-part series was pitched to UKTV by Parade on behalf of former Channel 5 commissioner Steve Regan’s Brighton-based indie Hello Mary. With the broadcaster interested, Parade then brought Australia’s SBS on board, pre-sold it to Poland’s BBC Brit, and deficit-financed the remainder.

Matthew Ashcroft, CEO at Parade Media, says: “First and foremost, we’ll be targeting English-speaking markets. But for the German market, we’re looking at localising, swapping out Rob for a domestic host.

“So, there is a German version in the works on top of the finished tape, for which we’ll be focused on public broadcasters and the buyers we know are hunting history content.” With more than 26,000 buildings built or re-enforced during the period – and an estimated 6,000 remaining – Ashcroft believes there is scope for the series to extend way beyond the initial run.

“We’ve got a great show here that I’m confident will sell globally,” he adds. “[Presenter] Rob Bell is a strong talent, with a presence across the likes of the BBC and Channel 4, and I believe this could be a long-running, returning series.”