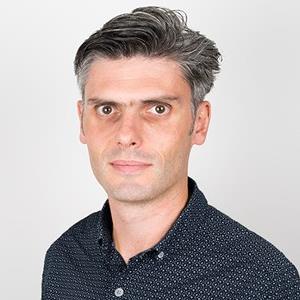 In 2012, Welsh-headquartered super-indie Tinopolis acquired Passion, at which point its catalogue grew vastly to include a roster of iconic unscripted brands.

Since then it has set about building a reputation as a globally trusted outfit, striking deals with a wealth of old and new players, and moving further into fully-funding commissions from its Tinopolis stablemates, which have ramped up of late.

The distributor’s catalogue now contains global legacy brands such as Robot Wars and An Idiot Abroad, along with a string of successful science and engineering documentaries and the ever-popular Drag Race, which has been catapulted recently into several new markets.

“Our strength is in the depth of our catalogue,” says director of sales and co-production Nick Tanner.

“We try to be distinctive and bold and offer ambitious programming that provides insight and is also a twist on the norm.”

According to Tanner, the recent coronavirus-induced lockdown has “strengthened our resolve to be different from the rest of the marketplace”, while Passion’s penchant for escapist content has served it well as broadcasters desperately look to fill their schedules with shows to take viewers’ minds off what’s happening outside.

“Not everything we have is geared around escapism, but we can certainly give a different perspective”, he adds. “This makes us a natural company to look to in the extraordinary times we are facing.”

The outfit’s longest-running and most-successful format is Fox reality series Paradise Hotel (Mentorn Media), which has continued to perform well under lockdown and recently had season premieres in Germany and Poland, proving “you can successfully launch a major franchise during difficult times,” according to Tanner.

Passion has spent much of its time recently reaffirming its focus on single docs and series about science, engineering, and architecture.

Others that have proved popular include Secrets of the Superfactories and Secret Wars Uncovered, from Pioneer Productions and CIC Media, respectively.

“There has been a requirement from pay-TV and terrestrial for quality science and engineering programming that works, and we’ve tried to respond to that, not just with male-skewing factual series,” adds Tanner.

Gameshows and quizzes are also shining for the distributor, precipitating Passion’s soon-to-launch slate of studio-based quiz-show formats, all of which are Covid-proof, high volume and can easily be made within social distancing guidelines. For example, Tinopolis label Firecracker developed a format called Quiz Box at the start of lockdown, which was shopped by Passion and picked up and commissioned by TRT Turkey.

For several years, Passion has been fully funding shows on a case-by-case basis, effectively acting as commissioner for its various Tinopolis stablemates, which includes Pioneer Productions, Question Time producer Mentorn and Firecracker.

The distributor takes a laser-like approach to commissioning, pooling resources from sales reps around the world to identify gaps or key anniversaries/events that may be attractive to global buyers.

Example include Pioneer’s one-off doc One Hour That Changed the World: The Moon Landing, while the forthcoming US election led to a fully-funded commission – #Trump: How Social Media Changed the Presidency.

The strategy is likely to become more useful to Passion as the months roll on, as broadcasters’ budgets are squeezed but appetite for this content grows.

“We are listening to the market all the time and are attuned to its needs,” explains Tanner. “You can then shape an idea into a brief and find the appropriate production partner within the Tinopolis group.

“We have upped the number of projects we’ve invested in recently so continue to be successful in finding stories where there is demand.”

Passion has seen a recent boom in US sales to the US and in the UK’s domestic second window, with Tanner noting burgeoning interest from the niche US SVoD players like Acorn TV and BritBox, both of which traditionally opted for drama and comedy but are branching into high-volume unscripted.

“There is a growing audience in the US that aren’t being served by the networks and cable so there are more routes to market for British content,” he adds.

Domestically, Tanner points to “renewed appetite” for second window content in the UK, partly in response to the Covid-19-induced shutdown, which has eaten away at the schedules.

Telling the 1000-year story of six of the Earth’s most intriguing nations is no mean feat and it took three producers to do it justice for Channel 5’s forthcoming tentpole.

In a rare move, the trio of the broadcaster’s – Lambent Productions, Raise the Roof Productions and Middlechild Productions – forged two episodes each for 1000 Years of History, an epic re-telling of an entire millennium as the ViacomCBS-owned channel pushes deeper into the history space.

Fare Dodgers producer Middlechild profiled Australia and the US, Secrets of the Royal Flight indie Lambent examined Russia and China, and Glasgow-based Raise the Roof took up the Scotland and Ireland mantle.

Each episode traces the history of its chosen nation via specific themes rather than necessarily taking viewers through a chronological re-telling.

The US instalment focuses on indigenous people, European settlers and the birth of democracy, while Australia will trace a nation home to the aboriginal people, moving through to the rapid expansion of today.

Meanwhile, the China and Russia offerings both reveal lesser known secrets about two of the globe’s oldest and richest nations.

Nick Tanner, who heads up sales and co-productions for the show’s distributor Passion Distribution, says the triple-indie structure demonstrates the “unique and ambitious nature” of the show, which he describes as an “epic tale”.

“Whether about furious conquest or the outsized contribution of a small group of Atlantic islands, each of these places has a cultural resonance that affects us all,” he says. “This is a perfect fit for Passion’s strategy to get behind differentiated, ambitious and also relatable content.”

Tanner also hails the level of craft exhibited by indies, who were able to provide more than a simple linear re-telling.

For example, the US episode uses the mid-Twentieth Century period to tell the story of civil rights more generally, which will then refer back to other historical eras such as the slave trade and an even earlier assessment of the Americas as a continent.

Sitting alongside other Passion history docs such as Nuremberg: Nazis on Trial, the series has just been taken to market.

Rather than one specific episode being shopped to a territory, Tanner stresses that it will be sold mainly as a package of six episodes, as the distributor targets the territories featured in the programme.

“It’s always interesting to receive an outsiders’ point of view about your own backyard,” he adds.

While Passion has seen an uptick of interest in historical programming since Covid-19 swept across the world, accelerating a trend that had already been in motion, Tanner also hails the new-found respect C5 has garnered internationally under programmes director Ben Frow.

“C5 has a fantastic vision and an amazing ability to reach British audiences that have perhaps been underserved in recent years,” he adds. 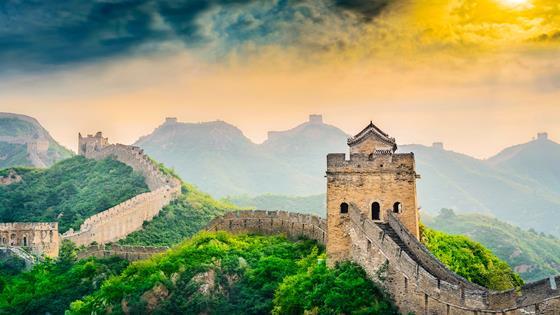 Drag Race is growing “hour by hour, let alone day by day,” according to Passion director of sales and co-production Nick Tanner.

The much-loved franchise, in which 10 drag queens compete in various elimination rounds overseen by the now world-famous RuPaul Charles, has most recently sold to Canada’s Bell Media for its streamer Crave and LGBTQ+ television network/streaming service OUTtv, and the Netherlands, while local deals are being struck with more and more regularity.

Canada’s Drag Race has already travelled to UK channel BBC3, for example, which is also the host broadcaster for the UK version.

Accounting for its immense sellability, Tanner describes World of Wonder’s format as “the most inclusive show on television”.

“It teaches people about respect, loving one another and that everybody is welcome,” he adds. “Mix in a healthy dose of competition and cattiness that never breaks into disrespect and you’ve got the perfect concoction; the perfect tonic for our times.”

Sales have risen sharply in 2020 and Tanner points to the growth in finished tape as the format is forged in more territories.

RTL’s recent greenlight of a Dutch version for its Videoland SVoD service should therefore have a ripple effect on sales throughout Europe.

“There is an established tradition of certain European countries without fail buying each other’s versions and I’m sure that will be the case as Drag Race continues to grow,” he says.

No two deals are the same where Drag Race is concerned, with some networks keen to fill their linear schedules while others look to box-set the show and serve it up as a bingeable offering by taking lengthy VoD windows. 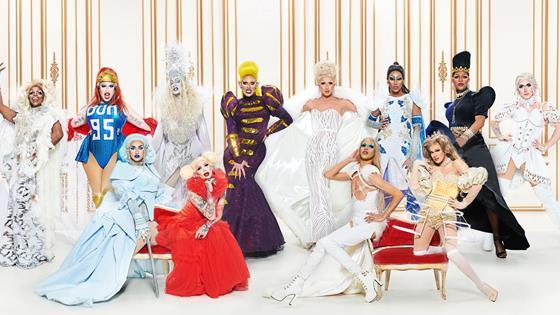 Secret Wars Uncovered is one of many history docs on Passion’s slate. The 10-part series from CIC Media digs deep into the archive to shine a spotlight on the shocking facts behind battles that have been hidden from the wider world.

Fought for dubious political intent or for outright illegal motives, these are the most controversial and covered-up conflicts fought by major powers since the end of World War Two.

The featured skirmishes, all of which have taken place in living memory, span the globe covering Crimea, Yemen, Somalia, Laos, and Central America.

With the extent of the war often remaining undocumented, Tanner likens the series to iconic predecessor Unreported World.

“This draws back the veil on major conflicts and looks at how politics has changed as result, lending a particular perspective to events that may not have been covered in the mainstream press to the extent they should have been,” he explains.

Having recently premiered on the nascent Sky History channel, Passion is targeting thematic history and current affairs networks and SVoDs around the world, with a focus on those featuring modern history series.

He said the distributor is targeting the countries featured in the show but “if the conflict is ongoing or there are strong reverberations then it may not be appropriate”.

“We take a considered and sensitive approach to how we position it in each territory,” adds Tanner. 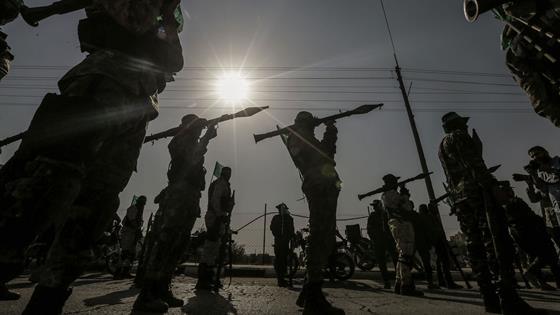