Rainmaker Content may be one of the youngest indie distributors in the market but its founders are among the most experienced in the industry.

Phillips, Rainmaker’s co-chief, who was president of KMD, says his new outfit has drawn from the defunct outfit: “What Kew did, until its sad demise, was to look after independent producers with great projects, get them out into the marketplace and help assemble the constituent parts of the financing.

“We felt there was room for a new company that could fulfil that mandate for independents who want to get their shows made and sold throughout the world.”

The fledgling firm has hit the ground running with around 300 hours of content, which includes the annual Emmy Awards (the rights to which were previously handled by KMD) and BBC comedy-drama series Staged, starring David Tennant and Michael Sheen.

“Having those two titles has been majorly important,” says Phillips. “Starting a company, if your first two projects are the annual Emmy Awards and a wildly successful drama series [Staged], that can only be a brilliant start. Our job is to make sure we continue at that level. That's the focus, that's the target.”

He says the company is now working to identify more “high-quality premium programming” to build its catalogue. “Our initial priorities have been to focus on commercially resonant drama projects,” he says. “Thereafter, the non-scripted part of our offering is something we want to do, based on fewer but high-profile projects – singles or series. For that, we will be looking to work with producers in the UK, US, Canada and Australia.”

Launching during lockdown has been beneficial to ramping up the sales house’s activity, according to Phillips. “A lot of activity has ground to a halt so there hasn't been the pressure to jump in feet first, we've been able to take the time to do things that are sensible,” he says.

“Despite the fact that I would have liked to be travelling more – going directly to the customers and markets – we’ve been able to grow our business within that context. We’ve had a slightly longer ramp up time but now want to get back to nearer the way things were, to be where the action is physically as much as possible.” 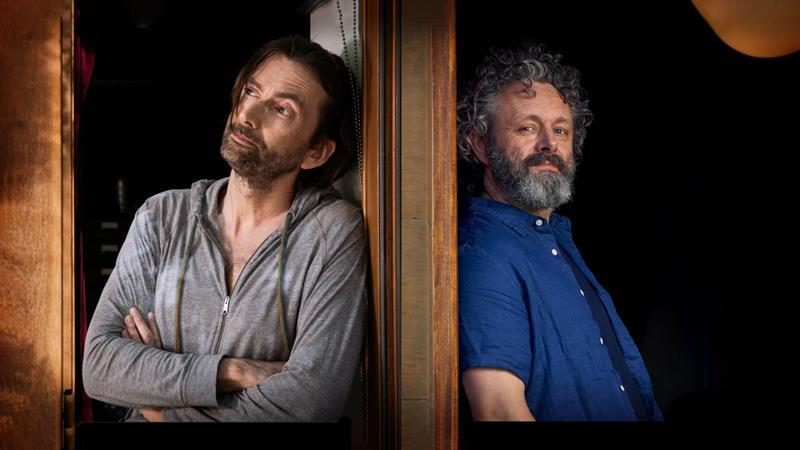 The first series featured the high-profile cast of a play who are furloughed when the upcoming production is suddenly brought to a halt by the pandemic. The series, written and directed by newcomer Simon Evans, followed the cast as they tried their best to keep the rehearsals on track during the first lockdown.

For new sales outfit Rainmaker Content, it provided an eye-catching title with which to launch. “Staged was a big calling card at launch for us and delivered something that you dream of in your first few months,” says Rainmaker co-chief executive and founder Greg Phillips.

“It’s a very clever series in that it makes you think you’re part of the conversation with them, going along on their journey. The whole interplay between the two of them, their partners and special guests is extraordinary.” The fast-turnaround of the series meant there was little time to mount a traditional marketing campaign and saw Rainmaker “promote it aggressively, with people we were telling about our new company”.

The result has been sales to North America and Latin America as well as France, China, Australia and New Zealand. Deals for several other territories are in the pipeline following the broadcast of the second season in January 2021. The latest episodes follow the pair as they attempt to navigate their ‘new normal’ at home with their increasingly exasperated families whilst simultaneously trying to tackle the world of ‘virtual Hollywood’ and their ever more fragile egos as the American production company try to re-cast them.

“You may think that something inspired by Covid events might impose a restriction on its appeal but it’s continuing to gather pace,” adds Phillips. “It’s become something of a phenomenon.

“They’re now looking at how it can be resonant beyond the current period and potentially be around for a while, which is how you look at series. We’re yet to see what develops there, which depends on several factors, but are very happy with seasons one and two.”