It is Banijay’s commitment to big brands from which Boyard Land sprung forth, as French outfit Adventure Line Productions (ALP) capitalised on the strength of its 30-year-old evergreen sibling Fort Boyard to reinvent the classic adventure game show.

The premise – based on the original format from Jacques Antoine, Jean-Pierre Mitrecey, and Pierre Launais – is straightforward, with two teams battling it out in tricky games for a cash prize, all in the setting of an abandoned fairground.

Tim Mutimer says the challenge with the original format is filming off an island near France, where temperamental weather can make for a relatively short shooting period and therefore limits the number that can be made each year.

Boyard Land’s location allows producers to film more episodes and make more versions, while maintaining the link to its iconic predecessor. “The idea was a new spin on a popular format, taking those brand values and creating something new,” says Mutimer.

“To be able to film it on land is incredible. ALP found a location just outside Paris, where filming takes place at night away from everything. It’s the perfect Covid-proof show, as it’s very easy to isolate people there and film it.”

While the derelict fairground is ideal for other productions to use once restrictions to international travel are relaxed, Mutimer says domestic locations – “a fairground or theme park when it’s not operating” – could be adapted, with a constructed set also an option.

The “high production value” nature of the show will probably see series of six episodes as the sweet spot.

Mutimer says the show will appeal to myriad territories and has already seen interest from countries that are starting to come out of lockdown such as France, Italy, and Spain.

“Everyone’s looking at their schedules and are thinking about what they can produce and when they can get into production,” he adds. 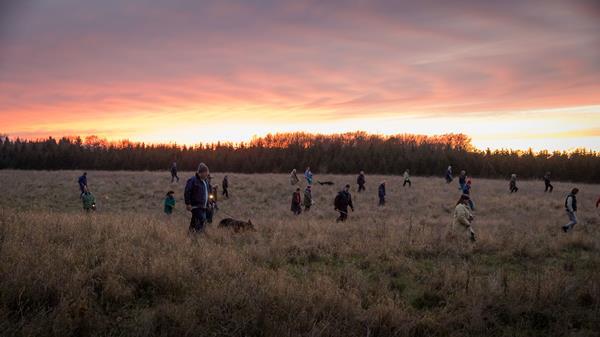 The Hunt for a Killer

The story revolves around the true case of the murder of 10-year-old Helen Nilsson in Hörby, southern Sweden, which traumatised the nation. On the night when the girl disappeared, around 20 suspected pedophiles were living in Hörby.

This is the prelude to the drama, which follows the unwavering journey of police officers Per-Åke Åkesson and Monica Olhed, who led an investigation team that solved numerous homicides and who would eventually, against all odds, find Nilsson’s killer.

While some commissioners are hunting feelgood dramas in the current climate, the unremittent demand for premium scripted – particularly in the crime genre – coupled with the stamp of quality brought by executive producers Marianne Gray (Headhunters, Occupied) and Stefan Baron (Midnight Sun), gives The Hunt for a Killer potential for cut-through.

“Anything that Yellow Bird is involved in automatically gets our attention,” says Mutimer. “There’s strong demand for serialised shows and most broadcasters don’t want 13-plus episode dramas that were popular because audiences get fatigue.”

Banijay Rights takes delivery of the series later in the summer and will be targeting a combination of streamers and more traditional buyers, which will be managing gaps in their own schedules caused by the production lockdown.

“Broadcasters are going to be looking for crime, as everyone has a crime slot in their schedules,” he says. “It’s a good time to be launching a show like this.” 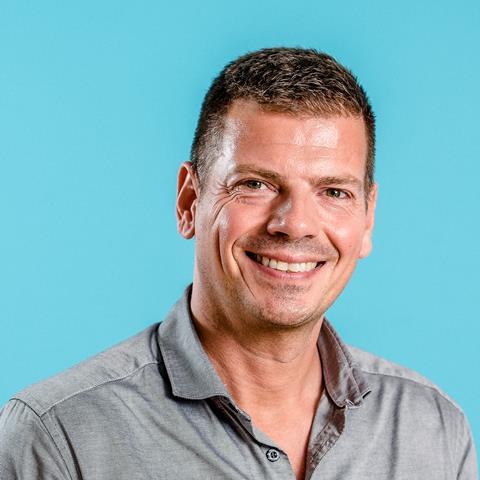 Since its emergence in 2017 following Banijay Group’s merger with Zodiak Media, Banijay Rights has established itself as one of global industry’s pre-eminent distributors. Its 20,000-hour catalogue is set to be bolstered three-fold following this summer’s expected takeover of Endemol Shine Group by its parent.

When that deal closes, Banijay Rights will boast a library of an estimated 85,000 hours, bringing together some of the world’s biggest titles, such as Survivor, Big Brother, MasterChef, and Temptation Island.

Cathy Payne, former chief executive of Endemol Shine International, has taken the same role at Banijay Rights, with her predecessor Tim Mutimer, segueing into the position of executive vice-president of sales and acquisitions for EMEA.

Mutimer, who is working closely with Payne as she acclimatises to the new company, says the takeover is “on-track to close in the summer”.

With large, existential changes afoot, the untimely arrival of a global production lockdown could have caused a few headaches for Banijay Rights, with projects halted in all the major territories in which the company has production interests.

However, the company was given a boost by the fact that several new dramas, due to deliver over the summer or which were in post-production, were added to the catalogue. “We’ve launched more scripted series than ever before since lockdown happened,” Mutimer says.

For the Banijay Rights team, the focus has been on facilitating the increasing demands of buyers shorn of their own original programming and looking for replacement acquisitions.

Mutimer acknowledges the benefit of having a “rich catalogue” of high-profile titles, including relationship format Temptation Island and adventure reality Survivor.

While Banijay has looked at adapting archive content for new shows during lockdown, Mutimer is wary of maintaining quality. “People don’t want to compromise,” he adds. “We’ve got to think about the quality post-Covid.”

As such, Mutimer and his colleagues are working closely with Banijay’s production companies and formats licensees as production lockdown restrictions ease around the world. For a show like Don’t Forget The Lyrics, which airs in France as N’oubliez pas les Paroles!, an ever-present live band has been placed on a mezzanine, while live audiences socially distance with the addition of mannequins and balloon people.

“Sharing that information with licensees is something that works well,” says Mutimer.

On fears of another unforeseen event affecting the willingness of distributors to invest in future projects with deficit financing, Mutimer is bullish, saying Banijay Rights is taking a “long-term view”.

“We’re a very well-funded group,” he says. “We’ve got lots of big production companies working with major broadcasters around the world. When we see an opportunity, we will want to continue to back it. We foresee strong demand in the future.”