Vice Media Group (VMG) has always had a hand in the distribution landscape, sales chief Bea Hegedus is quick to point out.

The outfit's newly minted sales unit’s purpose is to introduce “organised rather than [the] opportunistic distribution”, of days gone past.

Hegedus, who joined Vice from ITV Studios last year as senior vice-president and global head of distribution, detailed the strategy as expanding and upscaling partner arrangements to “focus on distribution outside of the Vice ecosystem”.

“We’re distributing content to our own or partner channels, but the division will allow us to supercharge external distribution activity. Most of our content had been massively under-monetised,” she tells Broadcast. “I have 1,200 hours that I can sell basically everywhere.”

This library is forever swelling, she adds, fed by VMG’s production subsidiaries, including flagship outfit Vice Studios. Collaborations with partner broadcasters and platforms such as Greece’s Antenna Group add around 200 hours of “premium investigative content and foreign and current affairs docs” to the catalogue - a Vice hallmark of giving audiences “access to stories other people don’t tell”.

With a mixture of premium investigative documentaries, crime documentary series, current affairs, pop culture and entertainment and food titles, Hegedus is happy with her “fairly balanced” collection. But there is room for expansion.

“Crime works for everybody, so Vice TV keeps commissioning it. It works well on the channel and sells extremely well around the world,” she says. “We’re going to bring in more pop culture and entertainment titles. We have several on our digital platforms which I’m trying to uplift and leverage for the TV space.”

Hegedus also has designs for VMG-owned UK multi-genre label Pulse Films – producer of Sky smash hit drama Gangs of London and Netflix’s The Disappearance of Madeleine McCann. Vice distribution will distribute some of its new titles and although Pulse has relationships with other outfits, Hegedus is keen to sell more of its shows. “I have to have that discussion with them,” she jokes, “but I’ve already got a few of [their programmes].”

With its principal aim to grow the distribution of content from “our internal production businesses”, programming for which Vice controls the rights, third-party acquisition conversations are some way off.

“I want to co-fund titles in the future for Vice Studios to produce more and more,” she says. “And within that, I want to work with Vice TV so they can commission more original titles.”

A good indicateor of this strategy is the franchise building, behind the likes of tentpole brand Dark Side of… .

Wrestling documentary Dark Side of the Ring is in its third series and has spun out talk show Dark Side of the Ring: Confidential. Hegedus says it is a “package-leading title” in the catalogue, and she is keen to expand on its success and “commission shows in this vein”. Its sport and entertainment siblings are the first offshoots, and Hegedus is feeding similar ideas back to producers.

She is also keen to spin TV content out of digital title The Story of, which has already spawned three docs including The Story of “Thong Song”, the iconic 90s R&B track by US artist Sisqó. Formats are also on the agenda, with a dating show and a title in the LGBTQI+ space in the works.

Vice’s decision to shutter its UK channel Vice TV after the conclusion of its carriage deal with Sky in April 2021 has not diminished its plans to work with linear broadcasters, though Hegedus has pointed to the potential of distribution to AVoD and SVoD platforms for its programming in the future.

“My aim is for Vice content to be seen in an as many places as possible. I’m targeting buyers who would benefit from the youth audiences that we bring – that could be linear channels,” she explains. “Each market has its own perks, each channel has its own goals. I’m trying to find the right fit for Vice in each market.” 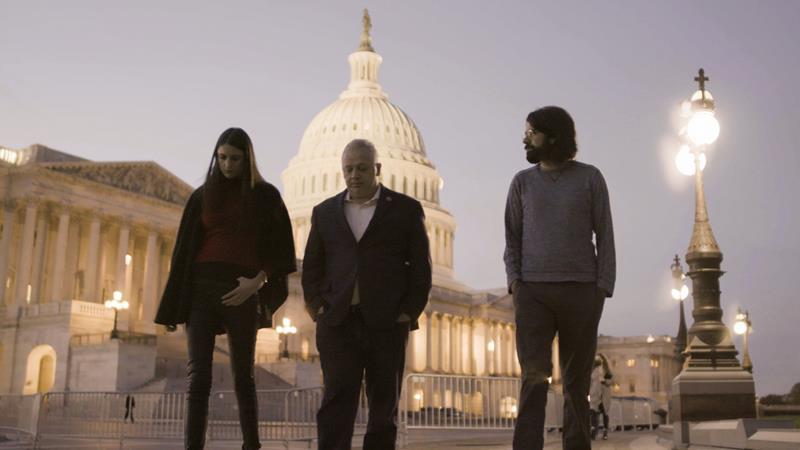 QAnon: The Search for Q

This series lays out what’s next for the QAnon conspiracy group, which was on many people’s consciousness but thrust more into the public spotlight this year, after the storming of the Capitol in Washington DC in January. The right-wing conspiracy group has been linked to the attack's organisation and QAnon has already been classified by the FBI as a potential domestic terror threat. The three-part Vice doc chases down the mysterious figure behind the movement known as ‘Q’.

The doc heads behind the scenes with the experts, insiders and QAnon faithful, as viewers follow the breadcrumbs to investigate Q’s identity, with contributors ranging from former CIA officer Robert David Steele, who is revered in the QAnon movement, to Fredrick Brennan, the creator of the website where Q’s posts first gained notoriety (8chan) who now seeks to expose Q as a fraud.

“It’s so on-brand for Vice,” says Bea Hegedus, senior vice-president and global head of distribution at Vice Media Group. “There has never been a documentary about QAnon, we’re the first, which is surprising because it’s been around as a movement for a long time.

“What Vice does best is [source] the people to contribute. The doc goes about investigating the phenomenon, the who, what and why, and attempting to unpack it.”

The current affairs-cum-true crime doc outperformed its slot on Vice TV, giving Hegedus “confidence that it could go on more mainstream platforms or channels”, than specific genre outlets.

There have already been conversations with premium outlets in Scandinavia and Spain, while SBS in Australia is automatically handed the show it as part of its continued partnership with Vice Media Group.

With traditional and VoD buyers interested in the UK and a “prominent buyer” lined up in the States, the doc is undoubtedly one of Vice’s tentpole titles on its debut distribution slate.