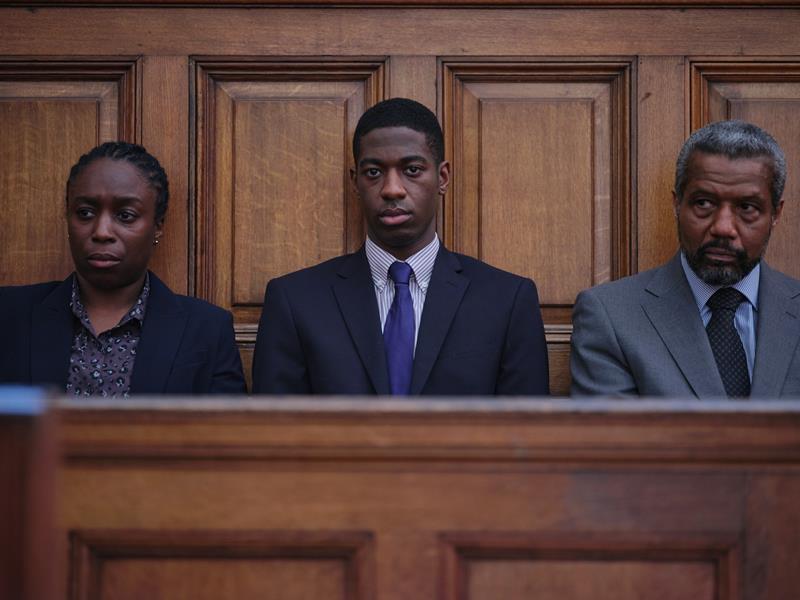 The Case of Stephen Lawrence

‘The drama will sell because it is a powerful story’

The racially motivated murder of Stephen Lawrence in 1993 had huge ramifications for British policing, helped changed societal attitudes towards racism, and continues to resonate almost three decades on. In Conviction: The Case Of Stephen Lawrence, producer Hat Trick Mercurio is aiming for a worldwide audience.

Co-written by Frank Cottrell-Boyce and his son Joe, the ITV-commissioned drama follows attempts to bring Stephen’s killers to justice. It picks up the story in 2006, when DCI Clive Driscoll, who is brought in to secure a last-ditch conviction, discovers vital case files in a police station that is about to be closed down.

Driscoll, played by Steve Coogan, forges a friendship with Stephen’s parents Doreen (Sharlene Whyte) and Neville (Hugh Quarshie) and puts together an investigation that led to the imprisonment of two of the original suspects in the case.

While the series is partly based on Driscoll’s 2015 memoir, In Pursuit Of The Truth, series producer Madonna Baptiste says the Cottrell-Boyces put in four years’ worth of research, based on interviews and court documents.

The level of access to the story’s real-life protagonists is in part thanks to executive producers Mark Redhead and Paul Greengrass – who made ITV’s The Murder Of Stephen Lawrence in 1999.

Greengrass kept in touch with the Lawrences, while Redhead attended the trials and met Driscoll. “That’s when Mark went to ITV and told them how he’d like to return to the story and tell the rest of it, because what follows is really important,” says Baptiste.

The series is directed by Bafta-winning director Alrick Riley (The Walking Dead, Bridgerton), and Hat Trick International head of sales Sarah Tong says the casting of Coogan will help with international sales, but ultimately the drama will sell because it is a powerful story.

Conviction has already been sold to Paramount+ in Australia and HTI is in discussions with US platforms, while sales to smaller territories include Poland (Canal+ Polska) Greece (Cosmote) and Ireland (RTÉ). 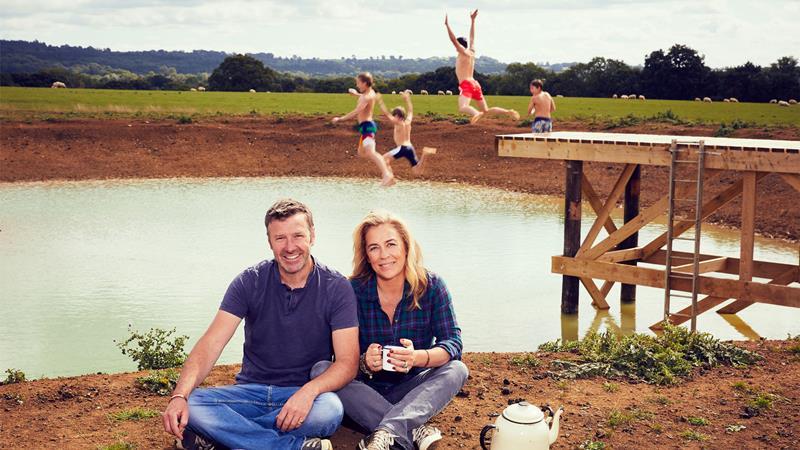 HTI’s headliner for Mipcom is Sarah Beeny’s New Life in the Country, an 8-part factual series from Outline Productions.

Starring home improvement expert Sarah Beeny, the show explores what happens when Beeny and her family buy a dilapidated house and 228 acres of farmland in the middle of the Somerset countryside.

“Shot over a year, the first series sees Sarah and her husband Graham tear down the house so they can build a new one on their estate,” says HTI head of sales, Sarah Tong. “At the same time, it focuses on the side projects they are hoping to get started in partnership with the local community.”

The first eight episodes are very much “warts and all”, says Tong. For example, “one of the first problems they run into is that they can’t get planning permission for the new house, so that holds up their dream”.

“Fortunately for the production crew, that news came through at about the same time as first Covid-19 lockdown. So, the time they had to wait to secure council approvals didn’t translate into lost shooting time,” Tong adds.

Because of the Covid-19 hiatus, the show is due for delivery in November, later than originally expected. Nevertheless, Tong is expecting it to generate wide appeal. “We’ve worked on a Sarah Beeny title before, so we know there is a strong base of buyers that will be interested. When you also take into account the feelgood factor of the show and C4’s stamp of approval, we’re confident about its potential.”

As for the prospect of future series, Tong is upbeat: “The hope is that the side enterprises will form the basis of future series – along with the interior decoration that Sarah is planning for the new house.” 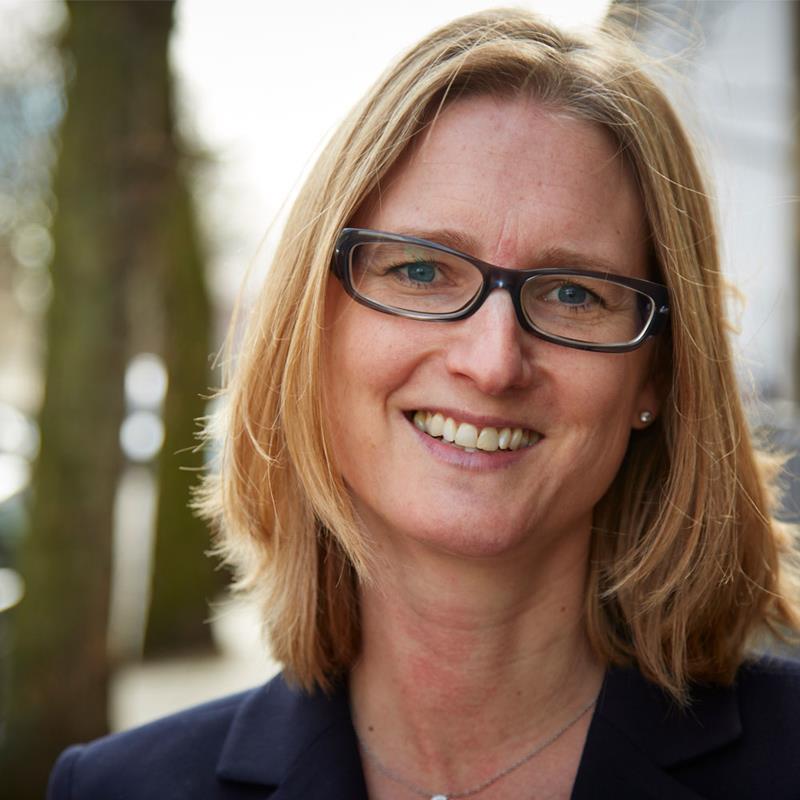 Hat Trick International is the distribution arm of indie producer Hat Trick. With a catalogue of around 2000 hours, it is active across factual, comedy and drama – both finished programmes and formats. Some of its best-selling franchises include Outnumbered, Episodes, George Clark’s Amazing Spaces and Whose Line Is It Anyway?, versions of which have featured on both ABC and The CW networks in the US.

HTI’s long-standing director of sales Sarah Tong says the 22-year-old firm is fiercely protective of its status as “a genuinely independent distributor that focuses on quality over quantity”.

“Being independent means we are very nimble and quick to make decisions,” she adds. “And by focusing on quality, rather than growing the catalogue for the sake of it, we are able to maximise the value of every show over the long term.

“We have established a really strong reputation for nurturing back catalogue titles like BBC1’s Worst Week Of My Life, which we continue to sell as format and tape show more than 16 years after it launched.”

Around half of the HTI catalogue comes from producers within the Hat Trick family, namely Hat Trick Productions, Emporium, Livewire and Plum Pictures. Among enduring formats to have come via this in-house pipeline is Dinner Date, which has been produced in the UK, Germany, Australia and South Africa. Concurrently, HTI has established strong relationships with around 20 third-party indies, says Tong.

“There is a first look deal with Keo Films, producers of the River Cottage franchise, as well as title by title deals with the likes of Pulse Films (Channel 4’s Inside Missguided) and Strawberry Blond TV (C4’s Great Big Dig).” She adds that HTI is “constantly on the lookout for indies that want the kind of bespoke, independent service that HTI offers”. That’s why in 2018, the firm brought in a dedicated exec, Hana Zidek, to run third-party acquisitions.

HTI has not gone down the route of calling itself a mini-commissioner, says Tong, but it does offer “advances, presales and coproduction frameworks where necessary. It’s an important part of our role to get involved in productions early on to provide market insights.”

Historically, HTI focused on non-scripted content, but the acquisition of period mini-series Doctor Thorne in 2015 signalled a shift into scripted content too. Subsequently, this strategy has seen HTI pick up NRK Norway’s Magnus and James Nesbitt thriller The Secret. Now, says Tong, HTI is working with Nesbitt again on Bloodlands, a forthcoming BBC1 drama that has been made by Hat Trick and Jed Mercurio’s JV HTM.

As for the impact of Covid-19, Tong says HTI is managing it the same way as most – adhering to health protocols and conducting the majority of its business via digital platforms like Zoom. In terms of trends, Tong has seen increased demand for “proven scripted series with a good volume of episodes”.

“That has benefited shows like Episodes and Outnumbered,” she says. “I also think there is a taste for the kind of light, uplifting shows we offer because of the current climate.”