Factual to the fore as ITVS fine-tunes development 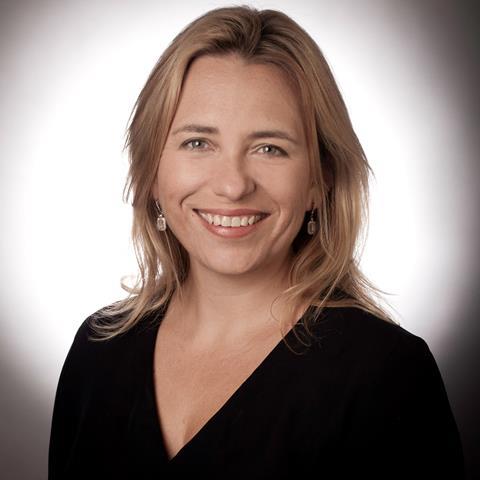 In October last year, ITV Studios (ITVS) took the bold decision to realign its various distribution operations, merging several businesses together. The move looks prescient following the tumultuous events of 2020 – allowing the company to provide clarity in a chaotic market.

With buyers searching for acquired content to plug gaps developing during lockdown, the spotlight has fallen on ITVSGD’s portion of a catalogue that now comprises 46,000 hours. The division recently secured sales rights to the upcoming series of BBC1 drama Line of Duty.

Elsewhere, ITVS has been forced to halt several of its own productions, and the ITVSCN and ITVSGE units have reacted by assessing the opportunity to adapt their existing IP and develop new formats for the new environment.

Julie Meldal-Johnsen, executive vice-president of global content at ITVS, says the mantra for the company’s international production companies is to focus on development. “This has been the absolute priority for ITVS across all the genres, so that when the gates open up for production, we’re ready to go.”

Several key dramas had mostly finished shooting and were in post-production, including Sky’s Little Birds, period pieces Romulus and The Singapore Grip, The Pembrokeshire Murders and series two of The Bay.

Meldal-Johnsen says this has manifested in more time spent on scientific research and general show prep, which will mean production can restart in earnest as soon as appropriate to do so.

“My priority is to keep content coming into the distribution pipeline,” she adds. “We’re particularly hungry right now for premium factual content.”

The lockdown could have scuppered the distribution of some of ITVS’s signature titles such as Coronation Street and The Graham Norton Show. However, some clever scheduling in the former and format adaptation of the latter, new episodes have come through.

Around the world, big formats such as The Voice have been adapted to stay on air, through shorter run times, smaller and closed sets and less pre-production.

“The key for us is being flexible and having a flexible sales strategy,” says Meldal-Johnsen. This means quickly communicating what content is forthcoming, what productions are affected by the coronavirus lockdown, and what formats would be adapted to be Covid-proof.

“Clients appreciated that and were happy with the results,” she adds. 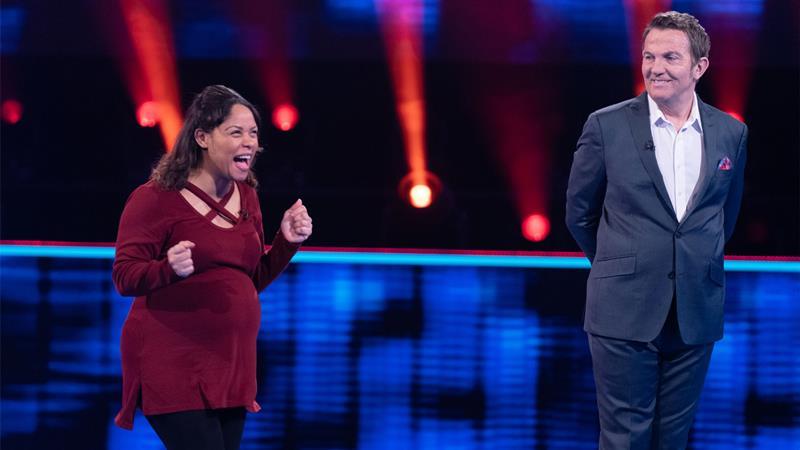 The spin-off to ITV Studios’ mega hit The Chase pitches eager quizzers up against the full brainpower of a team of Chasers.

In the first round of the primetime gameshow, contestants must answer five multiple choice questions to bank cash, before picking between two and five of the Chasers to battle against in round two.

The more Chasers they face the more cash they can win but the time advantage against them decreases.

“In the midst of the pandemic, the format has provided true escapist entertainment,” says Maarten Meijs, president of global entertainment ITV Studios.

“What people like about Beat the Chasers, is the fast-paced excitement, it’s fun and filled with banter and its not super high-brow.”

The series has sold to five regions where The Chase is already broadcast, and with the original format in 17 territories globally, “there is a lot of potential...to go in and sell the bigger primetime version” of the spin-off.

ITV Studios is selling the format in a “dual approach”. In the Netherlands, Meijs packaged The Chase and Beat the Chasers together, with both series launching in 2020. The two versions “make great companions” he says. “You can make a lot of episodes for relatively small budget which has been really attractive to broadcasters”.

The new format also lends itself to tight Covid-19 filming protocols with production bubbles, closed sets and cast separated by desks. Editions can also be made with contestants from a ‘family bubble’.

Beat the Chasers is picking up around 4.8m viewers and 28% share on ITV and is airing its first series on ABC in the US and had a successful launch in Spain.

The Chasers have become an “international family” and have begun crossing territories and appearing on other versions of the show.

“Beat the Chasers is relevant, in the zeitgeist, and ticks all the boxes,” Meijs adds. 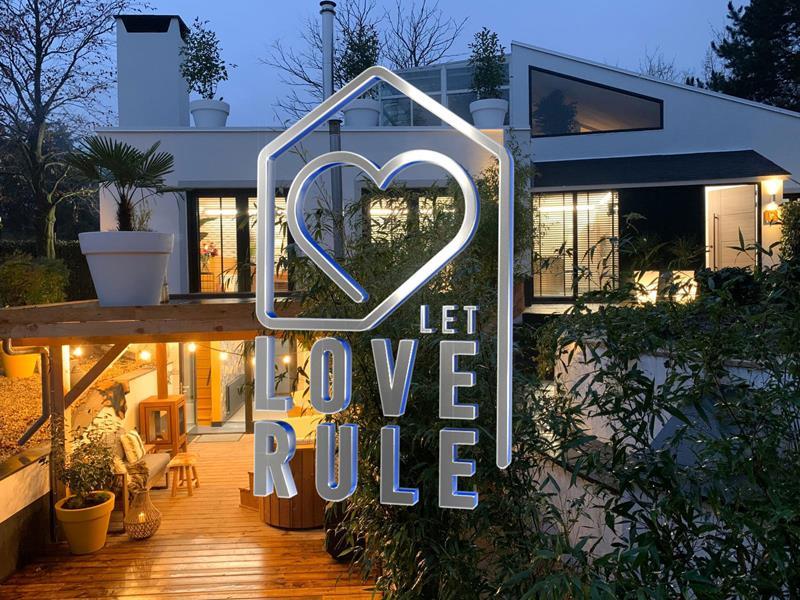 From the wheelhouse of formats mogul John de Mol, this series is less about the fast pace and games-infused dating fest of sibling show Love Island, and other shows on the market, Married at First Sight and First Dates.

In the show, singletons from 18 all the way up to octogenarians are given the opportunity to find love by immediately living together on their first date in a luxury apartment. The couples have 24 hours to get to know each other, and at the end of the day, each will have to decide if they would like to carry on the adventure or part ways. The unique dating concept allows for a date to last up to five days in the original format.

The series is already broadcasting its second 100-plus episode series on SBS6 in The Netherlands and has secured a commission in Sweden from TV4. Earlier this year, ITV2 ordered a UK version of the show called The Cabins.

Meijs says the commissions exemplify the breadth of interest this format could bring, with the Dutch version “more broadly skewed, aimed at family primetime” and TV4 and ITV2’s “going a bit younger”.

“It either lends itself for high-volume or more of an event approach where you strip it across a week,” he says. “You can blow it up into a bigger show.”

The local launch success has helped its early international roll-out, and although linear broadcasters have been primarily interested, Meijs says the “non-linear viewing has been strong” and can play on VoD services, as it does in the Netherlands.

“The two apartments we have in the original version, they’re not linear stories, you’re hooked continuously and you hop from one story to another,” he says. “So for creating viewer loyalty and recurring audiences, this show has potential.

“But within that there are smaller arcs in the storyline, so from that perspective it makes it interesting for non-linear and OTT services.” 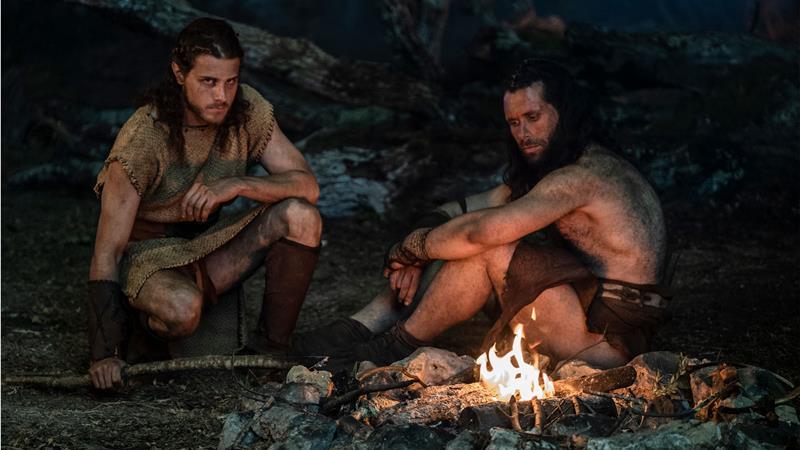 At a time when drama needs boldness to cut through, a Roman era-set series in archaic Latin is certainly brave.

Set in the eighth century BC, along the banks of the river Tiber in Italy, Romulus tells the story of the birth of Rome, as seen through the eyes of three people marked by death, loneliness and violence. As these men and women learn how to shape their own destinies instead of passively suffering the whims of fate, a ferocious and protective female figure leads the formation of a new society – laying the foundations for one of the greatest Empires ever.

Ruth Berry, managing director of global distribution at ITV Studios, said the unique language in which the drama unfolds. is one facet of the “meticulous” undertaking from ITVS-owned producer Cattleya (Gomorrah, Suburra: Blood On Rome).

“They’re amazing perfectionists. What they set out to achieve was complete authenticity,” she says. “The choice of language is the creative excellence. It’s how the creative vision was portrayed and how the original commission was sold in Italy.”

Berry acknowledges that the language afforded a moment of pause for ITVS, but the strength of the distributor’s catalogue was the “breadth and depth” of drama they have.

“There’s nothing else like that on our slate,” she adds. “We pride ourselves on having content for everyone: pay, free, streamers, the wide range of buyers and cultures around the world. Being for Sky, you’ve got that pay-TV edgier angle than a PSB show.”

With Cattleya, Sky and Matteo Rovere, making his debut as a director for television, attached, Berry says the production has the credentials to attract buyers outside of the glut that have already acquired the series, including HBO Europe.

It is because Vintage Voltage is different to the programming ITVS is often associated with that makes it a key title for the sales teams, according Julie Meldal-Johnsen.

The series, from the producer behind Discovery’s fellow hit car restoration show Wheeler Dealers, is an example of ITV’s strategy of “broadening, deepening and strengthening” its fact-ent slate, she adds.

The show sees a team of restorers turn classic cars into vehicles with electric engines.

For ITVS, Vintage Voltage was a no-brainer because it offers a variation on restoration formats, without compromising on the programme beats which have made the genre popular worldwide.

“It’s hard to find genuine new twists on classic genres,” says Meldal-Johnsen. “We loved the marrying of everything that’s great about a classic car show – the intricate mechanics, the beautiful cars – with electric engines and looking to the future.

“We thought it was a great way of incorporating an environmental message without preaching.”

“We launched the show in this interim period, which was always our plan,” she adds. “Clients have been intrigued and the show is receiving some ‘chat’, so hopefully we’ll have some sales to announce in the next quarter.”

To that end, ITVS is exploring “genuinely worldwide regions”, with EMEA, Latin America and Australasia on the distributor’s horizon. Myriad buyers will be targeted, spanning linear, pay-TV and VoD platforms.

Meldal-Johnsen expects the series to land on “traditional male-skewing networks” but says that there is “a co-viewing element to it” that could appeal to men and women, young and old. “There’s something about it that appeals to multiple generations.”

Given that buyers are signalling desire for more feel-good programming, Meldal-Johnsen acknowledges the benefit of having “quite a lot of lifestyle coming through” to the catalogue, including female-skewing programming that provides a foil to shows like Vintage Voltage.

With ITVS set to take subsume the catalogue of factual and fact-ent specialist distributor subsidiary Twofour Rights next month, the catalogue is set to be boosted further with premium library and fresh content.