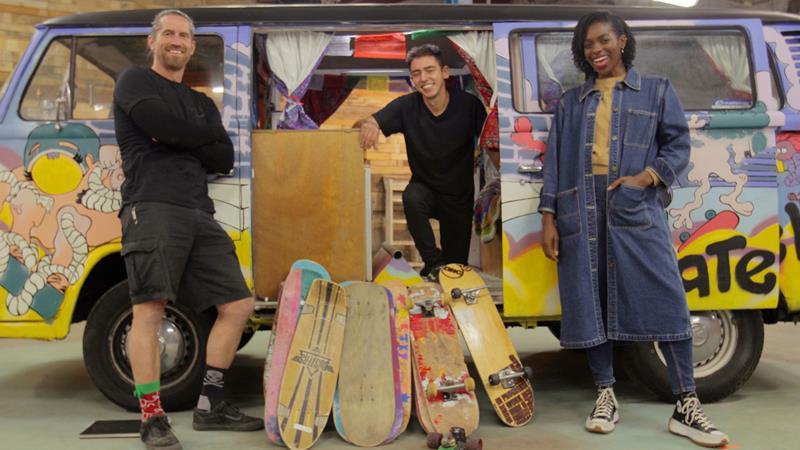 Playing on the immense interest in craft and recycling shows, Saved and Remade was commissioned by BBC2 to fill the gap left by trailblazing format The Repair Shop when it moved to BBC1 in April 2019.

In each episode, three contributors enter the Saved and Remade workshop and hand their treasured objects to a team of highly skilled craftspeople, who transform the neglected items into contemporary and functional pieces.

The makers use their expertise in carpentry, upholstery, metalwork, leather-making, jewellery, mechanics, textile design and sculpture to bring life back to forgotten objects.

Beyond Rights’ involvement in the show was a means of “nurturing the relationship” with producer Red Sky, says head of sales Simona Argenti.

Describing the show as “heartwarming and uplifting”, she adds that the format offers audiences a much-needed sense of escapism a year into the pandemic. “There are so many personable and personal stories everybody can relate to,” she says. “It goes back to the nostalgia of family, of the objects that everybody has got in their cupboards and in their attics.”

Beyond is dedicating its sales efforts to the distribution of both format and finished tape as part of the company’s new format drive following the success of BBC1 flagship entertainment competition series Pooch Perfect, which has secured orders in key territories the UK, US and Australia. The strategy signals a shift from Beyond’s portfolio of factual content.

“We do see that format is something that broadcasters and non-linear services are wanting to tap into,” Argenti adds.

In the case of Saved and Remade, the format lends itself to the international market due to the diversity of craftspeople in every country across the world.

“Everybody in Australia, in Italy, in Germany and in Asia will be able to make a version of this because there will be so many craftsmen in their countries, but also a lot of personable stories like these ones.

“Our strategy is to see what’s best for the show in each market and to make sure that we give our best service to the producer and to the show,” Argenti explains.

The series can easily be compared with The Repair Shop, which grew its reach exponentially during the pandemic and ushered in a flurry of craft/upcycling shows.

Argenti says Saved and Remade stands out from its rivals in part because of its celebration of diversity, something “everybody wants to see more of in today’s programming schedules”.

Beyond Rights is currently in discussions with format buyers in key territories and has received positive feedback from other markets interested in finished tape.

Public broadcasters are being targeted by the distributor, and Argenti considers the show to be “something that families would naturally sit down to dinner and watch in the access primetime”. Outside of this focus on “core viewing”, Beyond looks to target lifestyle channels and digital streaming services and hopes to come back for another series with the intention of making the show a long-running franchise.

“As usual we don’t have just one approach for any title,” Argenti says. “We just want to add value to what we do and have an ad hoc approach to every single region and market.” 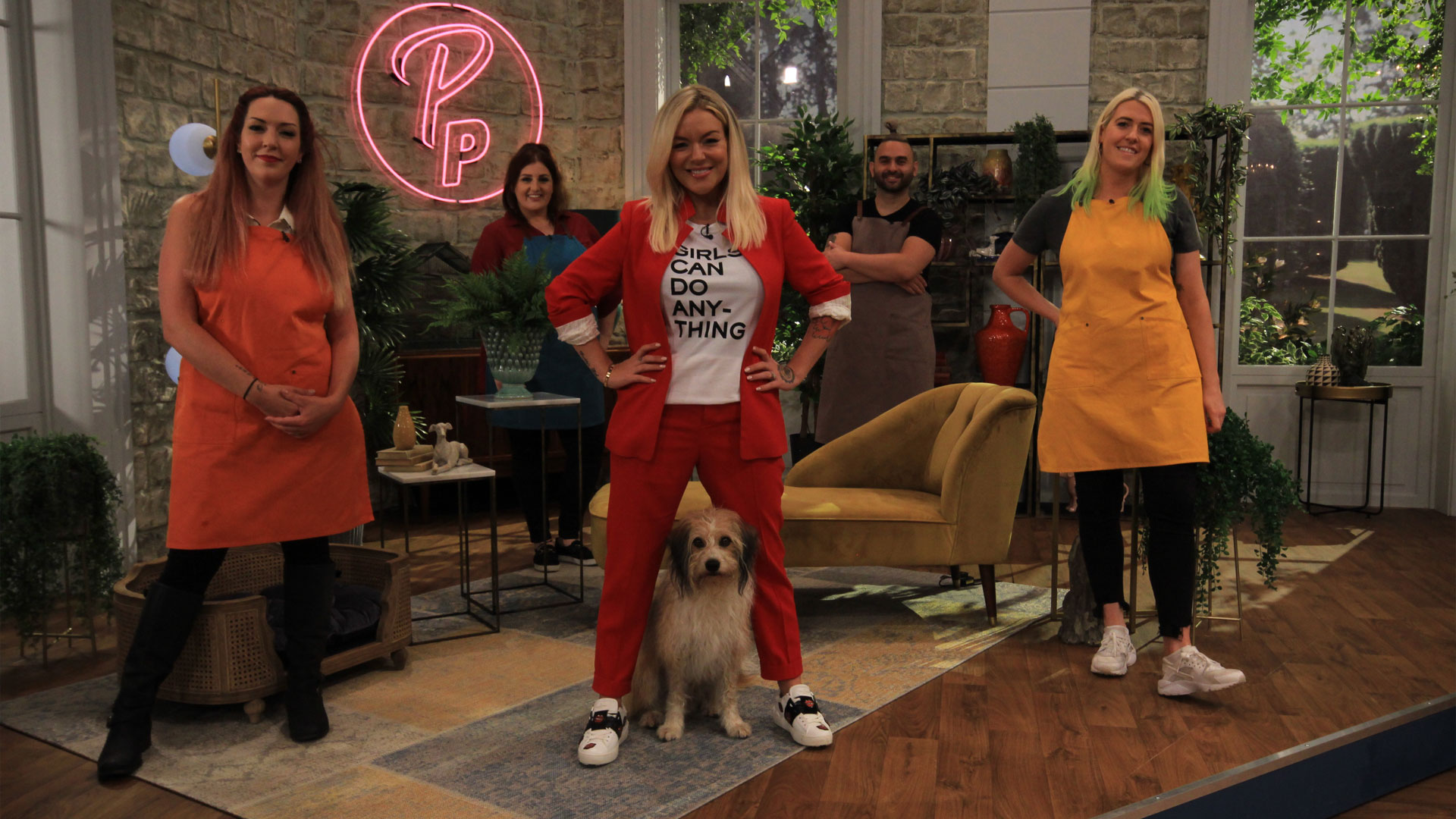 The UK-generated format is one of the first original shows to be developed out Beyond International’s (BYI) newly acquired UK production outfit Beyond Productions, which it purchased off Australia’s Seven West Media in July.

Pooch Perfect is a primetime entertainment format combining humans’ love of competitive reality shows and love of dogs. With dog ownership growing, the dog-grooming industry is also booming, and the show capitalises on this phenomenon. The format features sixteen professional dog groomers competing in a series of heats in some themed challenges to create epic transformations of adored family pets.

Each week, the groomers will reveal their creations on The Dogwalk, where the two expert judges will deliberate over the week’s canine contenders, and their owners are given the chance to see their newly transformed dogs for the first time. Over the course of the heats, quarter finals, semi-final and final, the stylists are gradually eliminated until one claims the title of the nation’s Top Dog Groomer.

An Australian version, presented by Hollywood actor Rebel Wilson was followed by a BBC1 commission in March, to be presented by Sheridan Smith early next year.

Kate Llewellyn-Jones, chief executive of Beyond Rights, says the series has been fortunate to coincide with an increase in people becoming dog owners over the pandemic, but that dog formats were perennially popular and not a “fad”.

“The response to it in the market has been extremely enthusiastic because it is a little bit zany and a point of difference to the catalogue”, she says. “It speaks to the audience and the broadcasters. It’s a format you understand straightaway, it’s very broad and easily formattable to different territories.”

The BBC commission has already attracted interest from European buyers who are interested in both the format and the readymade series, and both traditional platforms and regional and international SVoD services have registered their attention. Llewellyn-Jones expects strong interest from North American buyers too, following the TX of the UK version. 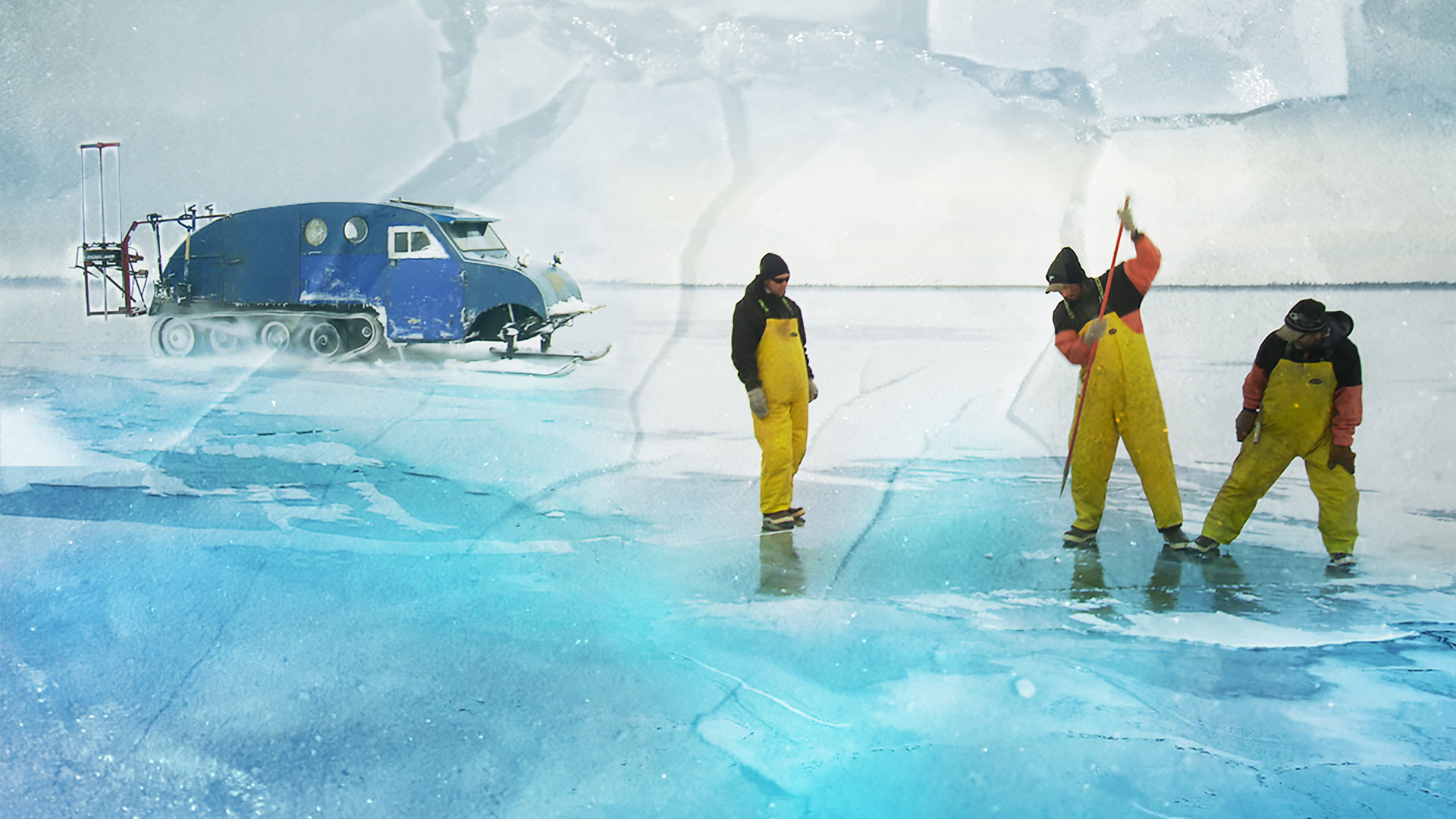 Ice fishing is one of the most dangerous professions in the world, and it takes place in an incredibly unpredictable work environment. With big money at stake, this docuseries follows the brave men and women, around 700 in total, who form part of Lake Winnipeg’s commercial ice fishing industry, worth around $25m a year. Facing blizzards, cracking ice and danger from every side, men and women use traditional ice fishing methods learned from their ancestors, the Icelandic Vikings, who settled near Lake Winnipeg more than 150 years ago.

The series is “Beyond heartland” according to Llewellyn-Jones sitting comfortably alongside big seller Highway Thru Hell. Though she says it skews male and fits the male-focused channels of which broadcasters like Discovery and A+E Networks have several, the jeopardy element of “will they, won’t they make their money” and the “broad range of characters” elevates it from that niche.

“It’s something we know how to place really well,” she says. “Also, it’s an exclusive access show – the first time these fishermen and women have been featured in a programme, so it adds an extra dimension to the sales market.”

The show has already been picked up by Choice TV in New Zealand and A+E and AMC Networks International Southern Europe-owned network The History Channel Iberia. 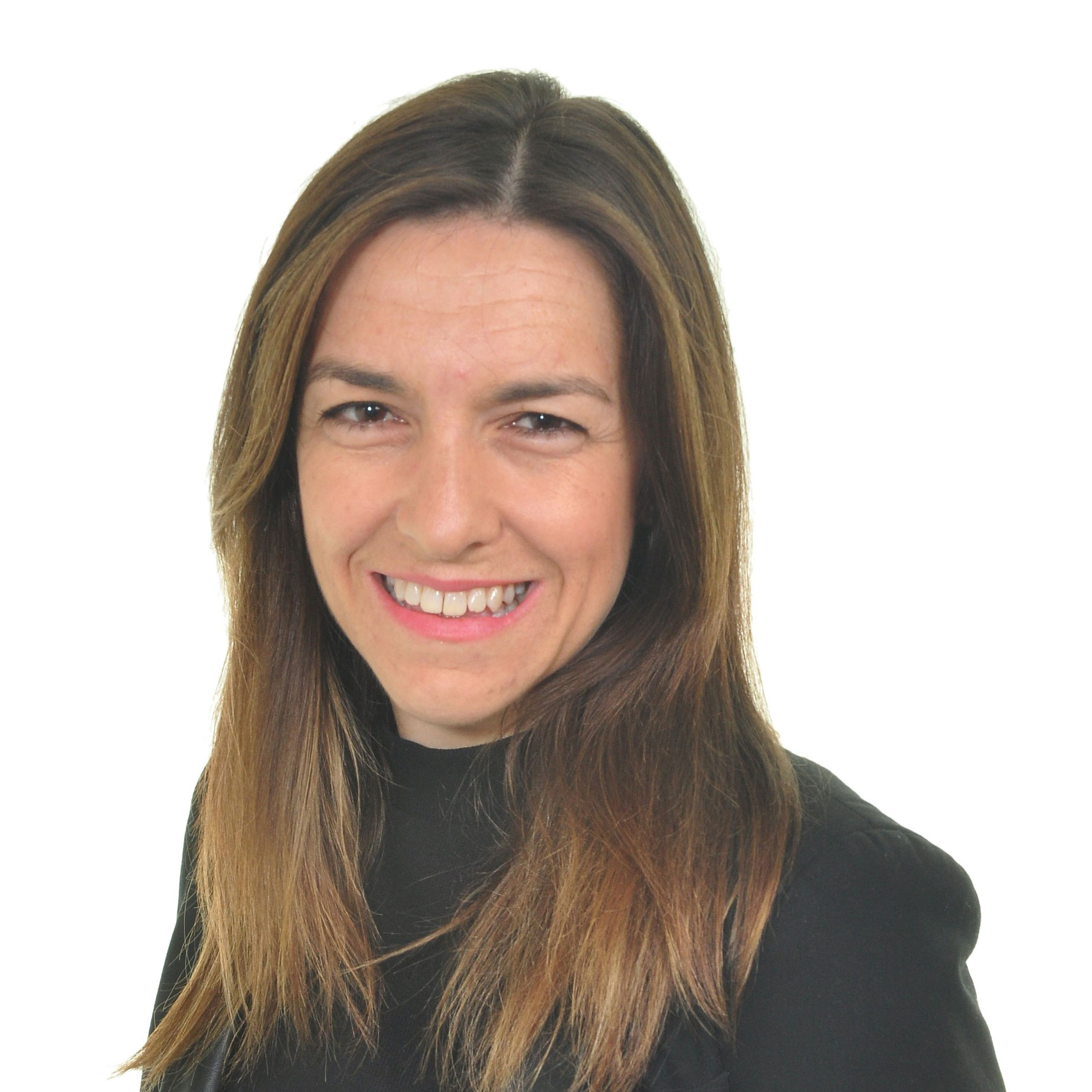 The history of Beyond Rights is short, since it launched only this year, but no less storied. The company is the product of an amalgamation of Australian firm Beyond International’s (BYI) two distribution operations – Beyond Distribution and TCB Media Rights.

BYI had only acquired TCB in April following the collapse of the factual sales house’s parent Kew Media at the beginning of the year. Beyond Rights itself is not quite six months old, and the fast-moving changes are not lost on inaugural chief executive Kate Llewellyn-Jones.

Llewellyn-Jones, herself a former TCB exec, had taken the reins of a company in the middle of the first national lockdown, and is still in the process of integrating the two businesses.

“It’s pretty unusual circumstances to start a job in lockdown and to merge a business in lockdown. In a pandemic I think you have to go in with an open mind. But I'm really pleased to say that actually it has gone very smoothly,” she says, “and we’ve been able to navigate that very well.”

She says the pandemic has provided a crucial moment of introspection, posing internal questions about the best way to create a sales house that will generate £22m-plus revenues in the 2020-21 financial year – which was the stipulated desire of BYI chief executive Mikael Borglund, when Broadcast revealed the merger of the companies.

The combined company has a catalogue of more than 7,500 hours and has integrated the two teams with “incredibly difficult” redundancies, according to Llewellyn-Jones. The rejig, which saw ex-TCB exec Simona Argenti made head of sales, resulted in the exit of Beyond Distribution’s head of sales Munia Kanna-Konsek; Marzenna Czubowicz, senior vice-president of sales for the UK and Ireland, French-speaking Europe, and Africa; and Anne-Marie Pardoe senior vice-president of sales for German-speaking Europe, Scandinavia, and Iberia. From TCB, Hannah Demidowicz, commissioning editor in charge of its original productions strategy, and senior sales manager Holly Newey also departed.

While TCB’s Jimmy Humphrey was given the role of head of acquisitions and co-productions, he has since stood down, with ex-Fox sales exec Connie Hodson joining as head of partnerships and business development.

“The decisions were driven very clearly by the market and the needs of the business, namely the strengths that both sides brought to the table,” says Llewellyn-Jones. “And what we’ve been able to do is to bolster the support elements and create whole new departments of support staff, which might normally take a long time to do.

“What we achieved with the merger is scale because we've got a larger catalogue. What we needed to ensure this remains an effective and slick machine is an incredibly efficient support background as well as sales and acquisitions. I would expect that we're in an incredibly strong position to meet those revenue targets.”

However, there is an intent to grow the scripted portfolio via BYI’s in-house production units, and existing series Halifax: Retribution is one such title gaining international traction, having recently sold to PBS’s Amazon Prime Video channel PBS Masterpiece.

“Halifax is gaining huge ratings in Australia and scripted is a key part of our offering. Internally, there is scripted business and clearly we want to work from them, but equally we’re very much interested in that from a third-party perspective as well,” she says.