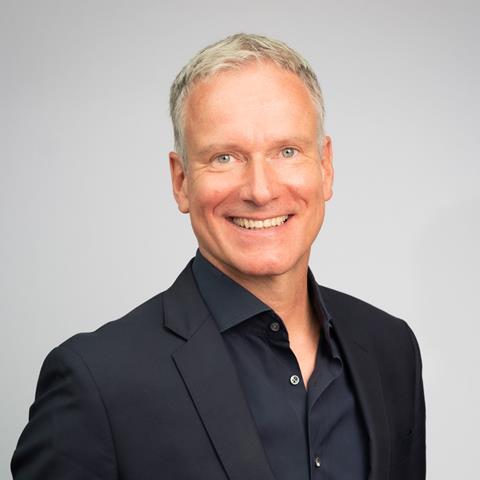 With entertainment format franchises such as X Factor and Got Talent and several high-end global dramas under its belt, Fremantle sells its 20,000-hour content catalogue from a position of strength in these testing times.

Fremantle’s international chief executive Jens Richter says that while the company’s distribution arm is sating some territories’ desire for “warm-hearted and nostalgic” content from its back catalogue (some dating as far back to the 1970s and 1980s), its focus is on new dramas, as local productions began to pause.

“Big dramas are getting a large portion of attention right now,” he says. “If there’s a show that hits a specific spot, you could be more successful now than you would have been two years ago.”

The potential drying of the distribution pipeline due to Covid-19 has been partly averted as much of the production on Fremantle’s bigger dramas had been completed by the beginning of the year and most had been presented at the London Screenings in February.

Richter says Fremantle’s sales strategy under lockdown has been “bespoke” in lieu of large events. “We have ten regional sales offices around the world, so we are close to the market,” he adds.

Screenings of programmes are held on a one-on-one basis with broadcasters, along with virtual lunches and drinks.

“We do these things in a more intimate way so we can get that immediate feedback and so we can figure out how to support broadcasters with issues such as marketing and deal with those individual questions,” says Richter.

On the entertainment front, the formats Fremantle is prioritising are those that are “Covid-proof” and those that will return to production simply as restrictions are eased, such as those without audiences.

“We are always looking carefully and tracking situations in different territories around the world,” says Richter. 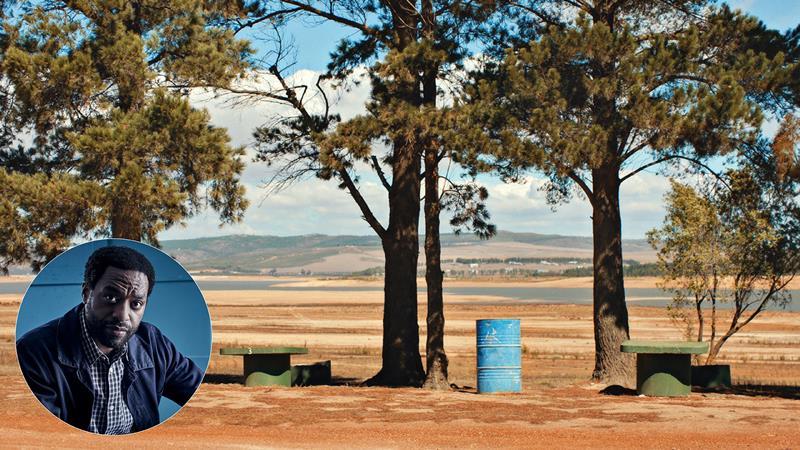 Filmed over three years and narrated by Twelve Years A Slave actor Chiwetel Ejiofor, the single captures communities from across the globe hit by water shortages including a town in Cape Town, South Africa, that nearly ran out of water in 2018.

Signposted by interviews with leading scientists and experts, the doc travels across continents to explore other alarming water shortage issues – from the deforestation in the Amazon to the catastrophic results of intensive farming in the American Mid-West.

“This is a film that unlike others, doesn’t pull any punches,” says Angela Neillis, senior vice-president of non-scripted content, Fremantle. “We are used to seeing films that are softer and engaging but a point of difference for Day Zero is that it’s hard hitting.”

Despite its pedigree, Neillis says Day Zero’s specialist-factual and focused subject matter requires thought from buyers as to where to place it schedules but is one audiences want and “are really up for, they want to hear and take action”.

The film’s global shooting locations immediately internationalise the story, while “water scarcity touches every one of us”.

“The people who are experiencing the water crisis are talking down the lens, and so the broadcasters and the SVoDs can really see the power of it,” Neillis adds. “Chiwetel talks so eloquently on the topic; he’s really interested in the subject himself.”

BBC Africa, Nat Geo Latin America, Rai in Italy, and Japan’s NHK are among the broadcasters Fremantle has already sold the film to, and Neillis expects it to have an impact at the UN’s Climate Change Conference (Cop26) in Glasgow later this year.

Fremantle will work with local organisations to create campaigns specific to the scientific and environmental context of each region it will look to sell into, to heighten its wider impact. 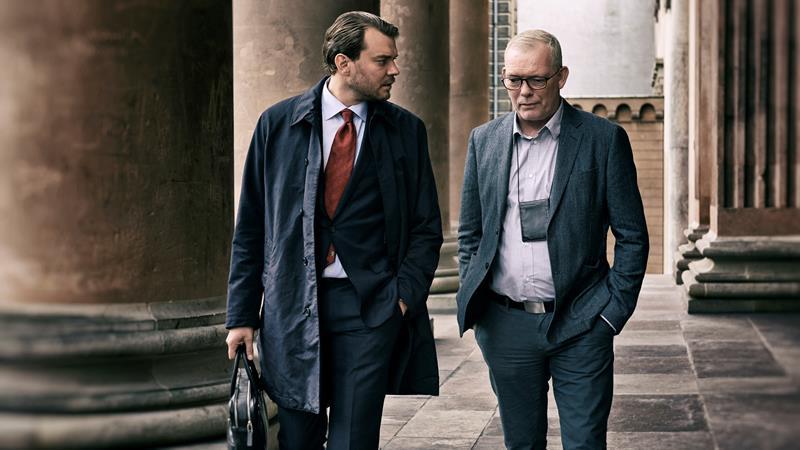 When dramatising the Swedish police’s efforts to uncover the circumstances of journalist Kim Wall’s murder on a submarine in 2017, the producers and writer-director Tobias Lindholm of The Investigation adhered to certainguiding principles: Wall’s murderer wasn’t to be shown, the buy-in of her parents at every stage was paramount, and attention to detail had to be precise.

The six-part Danish-language series, co-produced by Fremantle-backed Miso Film, was twice the cost of a regular Scandinavian drama and as such the producer went out to market for pre-buy partners with just a script and a pitch.

“The Investigation is seen through the detective’s perspective,” says Jens Richter. “We see how the cops solve the case but not the murder itself. It’s an incredible cat-and-mouse case.”

The creative team painstakingly followed the true story: the very crane used to recover the submarine appears in the drama, the divers and sniffer dogs that discovered Wall’s remains also feature and the submarine itself was meticulously reconstructed for other scenes.

Wall’s parents, Ingrid and Joachim, were consulted throughout, with the producers showing them the scripts and rough cuts, as well as harnessing their notes. In addition, they saw the programme ahead of TX.

Richter is intent on shopping the series globally, and though he is aware of the difficulties in selling non-English language drama outside key markets such as central and eastern Europe, Germany and France, the market for Scandinavian drama has been expanding for some time now.

What’s more, the drama has “two big things going for it”, explains Richter. The first is the name recognition provided by Lindholm, who had achieved international exposure through his involvement on the first series of Netflix’s David Fincher-exec produced thriller Mindhunter.

Meanwhile, Richter expects the notoriety of the case and the international news coverage of Wall’s death ensures the story has already permeated many territories, assisting buyers’ receptiveness to the drama.

“The moment that the submarine was lifted from the ocean floor, it travelled all over the world,” says Richter.

Fremantle is currently in discussions with a US broadcaster and channels in other European countries and the series has already sold into Australia. 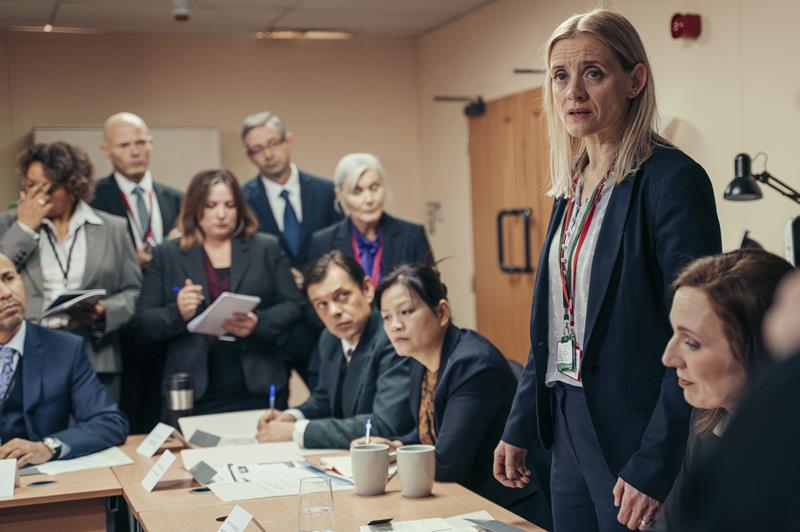 Three-part miniseries The Salisbury Poisonings was billed as “Chernobyl but with hope”, when Dancing Ledge exec producer Laurence Bowen was first outlining the drama to Richter.

Focusing on the real-life case of the 2018 Novichok poisonings in the Wiltshire city of Salisbury, allegedly perpetrated by two agents of the Russian state, this series is less about espionage and more about the human lives of public officials in the city, and their efforts to stop further contamination.

“Everyone remembers the images of the Russian agents, captured by the CCTV cameras, but this shows the story from another perspective,” says Richter. “This is not about the perpetrators but the ordinary people that become heroes.”

The story centres around Tracy Daszkiewicz, then head of public health Wiltshire, and how she and the police on the ground sought to keep the city safe in the aftermath of the attempted murder of Sergei and Yulia Skripal and the death of Dawn Burgess.

The international coverage of the case gives the show “built in marketing”, according to Richter – making it a possibility for traditional linear, pay-TV and OTT buyers. “Whether you are a free-to-air broadcaster or VoD platform, the moment you put the title out there it evokes a memory,” he adds.

What’s more, in Fremantle’s conversations with buyers to date, it’s the oblique angle of the story that has intrigued them. Richter says that most people “only really know the Russian side” but don’t know the story of the police on the ground.

Demand for the series – which was the BBC’s biggest new Sunday drama for six years after drawing in seven million viewers – is already high worldwide.

Premium cable network AMC recently picked up the US broadcast rights to the series, which kept its UK viewership steady at over six million on episodes two and three, and is in final negotiations in Asia, Latin America, Canada, central and eastern Europe, Italy, France and Germany.