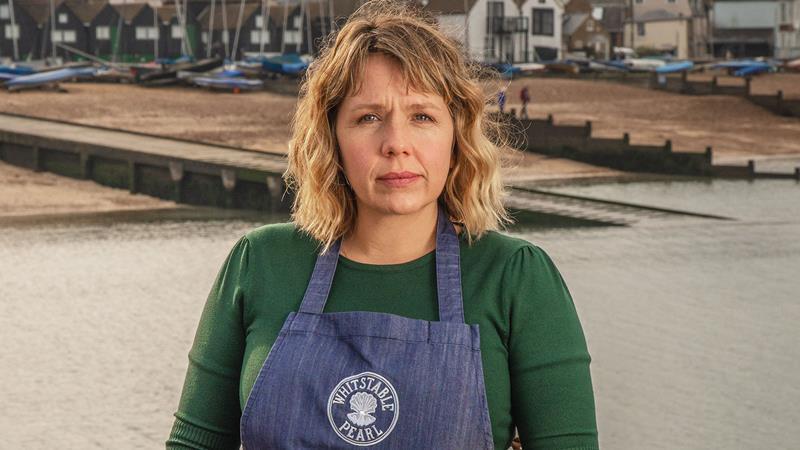 Based on the novels by Julie Wassmer, who consulted on the show, Kerry Godliman plays Pearl Nolan, a big-hearted local restaurateur, who has set up a local detective agency – having once trained as a police officer. Joined by her policeman partner Mike (Howard Charles), she is soon embroiled in her first case when she discovers the body of close friend, Vinnie.

The chemistry between Godliman, one of the stars of Ricky Gervais’ Netflix comedy-drama After Life, and Charles helps drive the narrative, with her “local person” demeanour and his “cynical ‘down-from-London’ copper” mentality, sparking entertainment, according to Cineflix Rights head of scripted, James Durie.

On the surface, a Kent-set drama pitting together a policeman and policewoman with contrasting personalities sound like it fits the old-fashioned procedural mould in spades. But Buccaneer’s production team, led by Marcella exec Tony Wood, drafted in dark comedy expert Øystein Karlsen (Lilyhammer) as main writer to develop the well-trodden genre.

“There is something so familiar about a detective show set in a small English town, but Øystein has depicted it with a slightly darker, comedic slant,” Durie says.

“The idea is to keep the show close to what makes a great UK crime procedural but subvert it.”

The drama will land on AMC Networks-owned Acorn on 24 May, joining similarly toned series such as Agatha Raisin. Alongside its traditional procedural ingredients of intrigue and character development, Durie says the setting and themes help will attract viewers desperate to forget the news.

“These characters take us away to a place we enjoy,” he says. “The escapist element is a massive asset.

“A slate really needs to have a good UK crime procedural in it as these shows are an essential element to many schedules. The fact they can play in multiple parts of the schedule makes them very accessible to certain markets.”

Deals have already been struck with a quartet of Scandinavian broadcasters including Sweden’s SVT and Denmark’s TV2, with Cineflix targeting key western European territories such as France, Germany, Italy and Spain.

The Clown and the Candyman

Having a show commissioned by US network Investigation Discovery (ID) tends to be a rubberstamp of quality in the true crime space. Having that show come through a production sibling is a double boon for Cineflix Rights.

Four-part series The Clown and the Candyman follows an investigation into whether American serial killers John Wayne Gacy (aka ‘The Killer Clown’) and Dean Corll (‘The Candyman’), who killed 60 young men between them, and may have murdered several more.

A key thread is whether a paedophile ring operating through America had links to both men and what this would mean if proven, while another looks at whether there was a government conspiracy at the heart of this alleged connection.

“There’s an exciting investigative storyline evolving through the series that takes us to the dark sides of these killers, and investigates whether they were connected,” says Cineflix Rights chief executive Chris Bonney.

Cineflix Rights plans to sell the show to both specialist crime channels and broader, free-to-air networks that are increasingly keen on showcase event programmes by stripping them across weeknights.

“This has a compelling, ‘can’t switch off’ appeal,” says Bonney. “It’s an event piece. ID is trying to compete with the premium offerings of Netflix in this genre and this is one of those.”

He notes that the shorter run of four episodes allows the series to stand out from many other longer-run true crime series, which focus on multiple stories told over single episodes. Additionally, the production values and high-end feel shine through on screen.

“The show will domestically appeal to the female-driven ID audience, but this is a very easy-to-consume programme for the international market,” says Bonney.

“The four episodes, big noise and high appeal gives us the ability to take it to broader networks that would be less convinced by higher volume shows.” 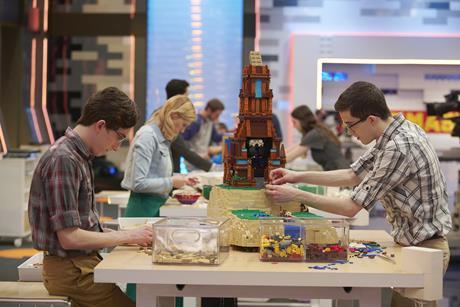 Mipcom: deals round up

Sales of formats including Lego Masters, Sort Your Life Out and Love Trap 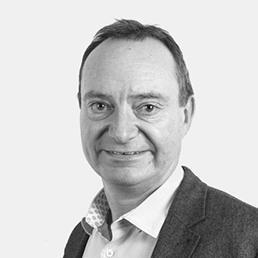 Nearing its twentieth year in business, Cineflix Rights is one of the most established distributors in the international market. The company is best known for its work in factual but has been steadily building its scripted slate around shows such as ITV and Netflix’s Marcella, and has this year launched series such as Icelandic political drama The Minister.

“We have an unscripted heritage but the speed of growth and value of scripted allows us to balance that in the medium term,” says Chris Bonney, chief executive of rights at Cineflix Media.

He describes the business as the UK’s largest independent distributor with “a sweet spot in terms of size and scale” that gives it leverage and reputational clout with broadcasters and other buyers and provides “a nimbleness” for the producers whose content it represents.

As a UK-based subsidiary of the Canada-based Cineflix, Bonney’s team handles a catalogue that includes a strong pipeline of in-house shows and third-party acquisitions, which are led by former ITV exec Richard Life.

“Being independent with scale is unusual in the market,” says Bonney, adding that being an integrated producer-distributor means the company has “the ability to plan long-term, have a platform of revenue and income and think strategically”.

Additionally, the limited nature of the Canadian content market, along with Canada’s strong production tax incentives, means Cineflix Rights is part of a company that is “inherently international”, says Bonney.

In general, Cineflix Rights looks to invest in programmes at an early stage, a strategy that reassures producers that the distributor believes in the project while simultaneously securing international distribution rights early on in proceedings. “Trust and comfort is the key starting point,” says Bonney.

Lockdown has meant the company has had to respond creatively to market the slate of shows, first launched at the London Screenings in February, that would have received significant pushes at the subsequently cancelled Mip TV in April.

To that end, Cineflix Rights can claim to be the first distributor to have held an ‘e-premiere’ for one of its shows, when it debuted The Minister to buyers through a digital event that included a Q&A with producers and acting talent.

The company is now working up a ‘how to’ production featurette to sit adjacent to a new coastguard-themed ob-doc series as a sales tool, as the company shifts towards a distribution strategy of releasing content throughout the year and away from the traditional focus on content markets.