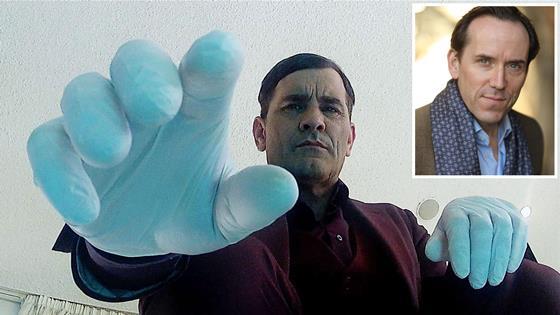 The hotly anticipated remake of the Belgian format, starring Death in Paradise lead Ben Miller has “everything which works, sales-wise”, according to Moritz von Kruedener, managing director of Beta Film.

The high-end English-language procedural drama, which is set against the backdrop of the University of Cambridge, follows the exploits of the title character, a neurotic criminologist who is obsessed by cleanliness. When a former student now police detective turns to him for help, he reluctantly agrees, juggling his own foibles, a domineering mother, and the spectre of an unlocked childhood trauma.

As he joins forces with the police department, Professor T finds himself well out of his comfort zone and struggles to cope with his mental issues, with the most reassuring aspect of his life being the solving of violent crimes.

Produced by nascent indie Eagle Eye Drama, the label run by Walter Iuzzolino and the team behind Channel 4’s international drama streamer Walter Presents, the series has already pre-sold across Scandinavia. Besides the Belgian forebear, the format has also been adapted in Germany with ZDF. Having an English adaptation is a perfect foil to the existing productions, according to von Kruedener.

“There are some territories where the likelihood of selling English-speaking content is higher than Belgian and German,” he says.

“We have access to countries where we haven’t been. For example, we haven’t sold the original to Scandinavia, and we also might be able to do something in Asia with this version too.”

Given the quality of the production and the cast, which also includes Harry Potter alumna Frances de la Tour, von Kruedener believe the series will sell into Germany, despite the presence of the local version. “With family crime drama there are no high-risk territories,” he says. “Not even China. We expect a broad number of countries.”

Beta will target channels which have a broad audience, akin to commissioning broadcaster ITV, with mainstream free-to-air channels in mind. Von Kruedener notes the Eagle Eye team’s “deep knowledge of European drama” via its Walter Presents work to “translate a non-English speaking success into a UK hit.

“They’ve done this by taking the original format and keeping all the essential elements,” he says. “I’m convinced it will open up the UK to more European formats.” 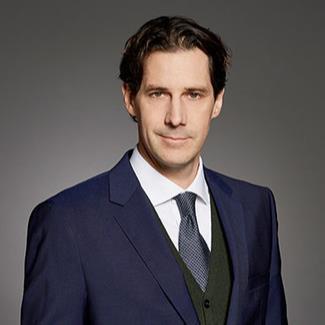 The breadth of German producer-distributor Beta Film’s catalogue has allowed it to have a relatively untroubled 2020. With the independent outfit routinely bringing between 500 and 800 hours of new content to the market, the global production lockdown could have had a major knock-on effect to its pipeline.

Managing director Moritz von Kruedener, acknowledges therefore, the fortune that “100% of the content we were planning for 2020 will be” delivered.

From a pure sales perspective, there has – so far – been “no negative impact” with opportunities emerging even in territories which would have been quieter in any other year.

“Our sales are definitely in line with what we expected. There are some shifts between the territories, some are stronger others are having a harder time,” he says. “Countries like the US and those in Latin America, they would depend on major studios output and so they’re harder beaten by the coronavirus effect. There has been increasing demand for non-American content, an interesting development because you can increase short-term sales to the country.”

Additionally, the US has been opening up “more to non-US and non-UK product, foreign-language programming”, accelerating a trend instigated by international streamers. While the sale of high-profile Italian crime title Gomorrah to HBO Max is unsurprising given the strength of the Sky brand, von Kruedener cites the increased interest in less-known titles.

“We’re selling European product from all kinds of sources. These programmes have been given a big push,” von Kruedener says. “It’s a shift in what they’re willing to try over there. I’m not speaking about big brands. It shows people that European production quality and standards are more than comparable with English content.”

Elsewhere, the Beta team has been delving into its more than 20,000 -hour catalogue to promote kids and family programming and “feel-good” nostalgic European classics, which spiked over the lockdown period.

Given Beta’s active production interests, the priority is to ensure that the projects that had been postponed or pushed back by the lockdown are kept on track in a safe way. The additional costs associated with safety protocols are proving a headache and there is a feeling from Beta that “not enough” are being covered by the commissioning broadcasters. “Some producers are left with a high proportion of costs and risks”, von Kruedener explains.

It means that Beta is keeping tabs on suppliers in countries where production is moving along, such as Russia, and on projects which are perhaps of more modest budget.

This global approach to securing content for its catalogue is Beta safeguarding itself from any long-term downturns in more established markets, the exec says.

“There will be a moment in many markets when production will be reduced in terms of total numbers [of projects],” von Kruedener adds. “It’s important to source programmes from around the world. We might still get sufficient interest for sales, in these times.

“Also, if the budgets of the channels go down, especially FTA channels, that’s another question to consider. We expect a polarised situation: fewer high-budget events and an increasing demand for more moderate budget productions.”

“We’re optimistic. There will be a short decrease on traditional TV side, but not on a long-term basis,” he concludes.