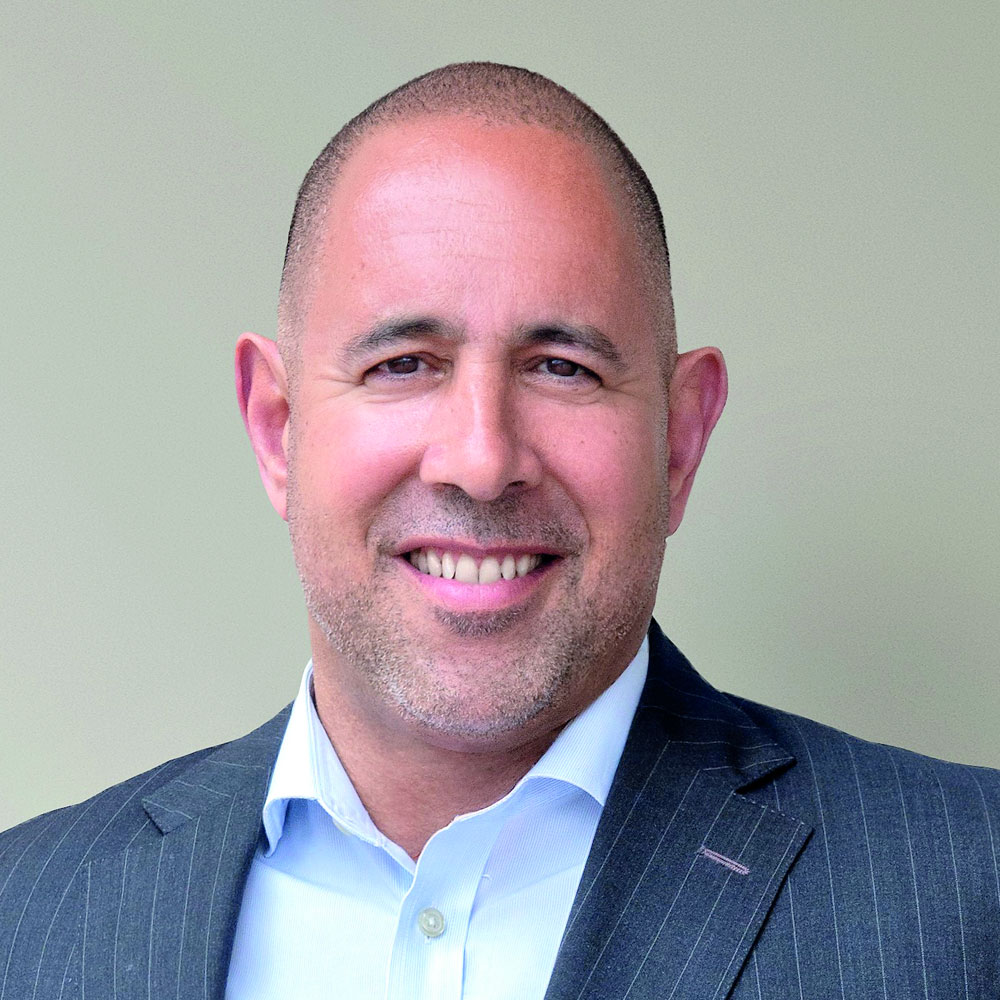 From The Good Doctor and Breaking Bad through to Jeopardy and Wheel of Fortune, Sony Pictures Television creates and distributes a vast array of unscripted and scripted TV series and feature films.

As well as programming from group companies in the US including Sony Pictures Television Studios, Embassy Row and Silvergate, SPT has built up a strong international pipeline of content, operating 21 wholly-owned or joint-venture production companies in 12 countries.

In the UK, these include The Crown producer Left Bank Pictures, as well as Electric Ray and Stellify.

SPT has added to its UK roster this year with the acquisition of Sex Education producer Eleven, and the purchase of a minority stake in sports indie Whisper Films.

In France, meanwhile, SPT took a 20% stake in leading unscripted producer Satisfaction, and is now its exclusive worldwide distribution partner – including of new format District Z (see below). Elsewhere, SPT companies include: Lean-M in Russia; Huaso and SPT China in Asia; and Playmaker in Australia.

SPT’s “enormous trove” of US and international content has served the company well during the coronavirus pandemic, says Sony Pictures Entertainment’s president of distribution and networks Keith Le Goy.

“From kids watching more TV to people who are now binge-watching content or going back to consuming their favourite shows on streaming platforms, consumers are getting lot of comfort by being entertained.”

On the drama front, key titles this year include teen franchise Alex Rider from Sony-backed Eleventh Hour Films, climate crisis series The Commons from Playmaker, as well as US shows Coyote, S.W.A.T. and For Life.

On the unscripted side, SPT reps hit formats such as Who Wants To Be A Millionaire? and the Dragons’ Den/Shark Tank franchise, plus the shows it distributes through the Satisfaction Group, which include District Z, The Villa franchise (The Villa of Broken Hearts and Battle Of The Couples) and celebrity fish-out-of-water comedy format The Tourists.

As well as content from its own companies, SPT also picks up third party content for distribution. Notably, Dragons’ Den was originally a local Japanese production from Nippon TV which SPT picked up and then developed as a global franchise.

Le Goy says SPT is seeing “tremendous growth” in the home consumption of its movies and TV shows. “New releases such as Bloodshot, Jumanji and Bad Boys For Life have done incredibly well on EST (Electronic Sell Through) and VoD as have huge television series such as Outlander,” says Le Goy. “And our library has also been very popular. We’ve noticed a lot of rediscovery of familiar classics and, with people now having more time for watching, they are catching up on great shows they may have missed before.”

Le Goy also flags the surge in AVoD platforms and their hunger for a wider array of content. “This will continue to be a big growth path for our business in the coming years.”

It’s not all been plain sailing for SPT, though. Not being able to meet face-to-face with clients has been “challenging in some regard,” says Le Goy.

However, Sony, like many other distributors, quickly pivoted online during the pandemic – and was one of the first big players to do so. It created a virtual portal for the LA Sreenings in May, and is now running a virtual October Formats Fest to showcase its content to buyers.

Looking ahead, Le Goy says the priority is getting through this unprecedented time with “our sanity and humour intact.”

“Then we can learn as much as we can to build back stronger than ever before.” 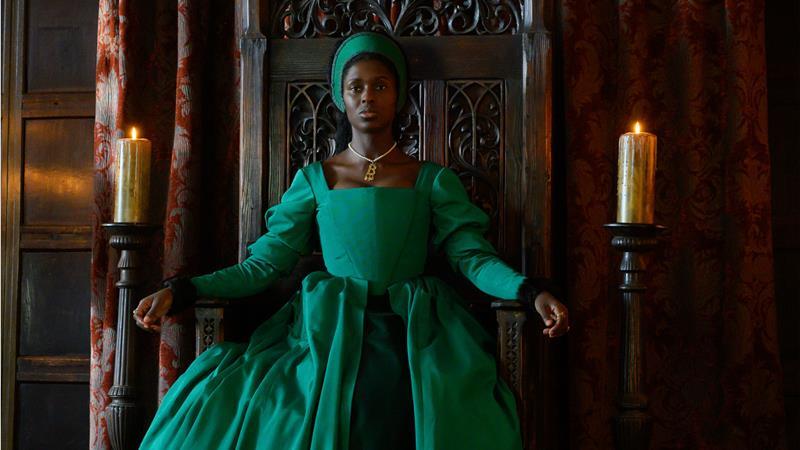 Fable Pictures’ psychological thriller about the Tudor monarch has created much buzz in the industry since it was announced as one of Channel 5’s key forthcoming dramas, last October.

With black actress Jodie Turner-Smith (Queen & Slim) cast in the title role, Fable founder Faye Ward says the drama aimed to “reset people’s perceptions of the Anne Boleyn story”. Turner-Smith, she adds, brought all the “politics and motherhood attributes” which Anne Boleyn had, but which have been glossed over by some historians.

Turner-Smith leads a diverse cast in the retelling of Anne’s story, which will focus on the Queen’s role as a “great politician, and a mother who left an incredible legacy with Elizabeth I”, Ward says.

The three-part drama will take viewers inside Anne’s mind and illuminate the frustrations she had as an ambitious woman trapped by the limitations of her sex in that era; and how her ambition and intellect jarred with the toxic masculinity of the Tudor court.

“Anne Boleyn is a ground-breaking drama,” says Mark Young, executive vice-president of distribution and networks, EMEA at Sony Pictures Television. “Fable’s series shines a feminist light on the familiar tale, focussing on Anne’s final days, her determination to be an equal among men and to pave a path for her daughter as the court of Henry VIII closed in around her.”

SPT has worldwide rights to the drama, outside of the UK, and will target “all other global territories” accordingly to tap into the current high demand for historical scripted programming.

“There have been a number of high-profile titles which have stimulated ongoing interest in period drama in recent years,” Young adds. “From our perspective, Sony Pictures have had tremendous success with The Tudors and are also proud producers of The Crown for Netflix.

“We believe Anne Boleyn brings to life familiar chapters and individuals from history, but in a way that will connect with contemporary audiences all around the world.” 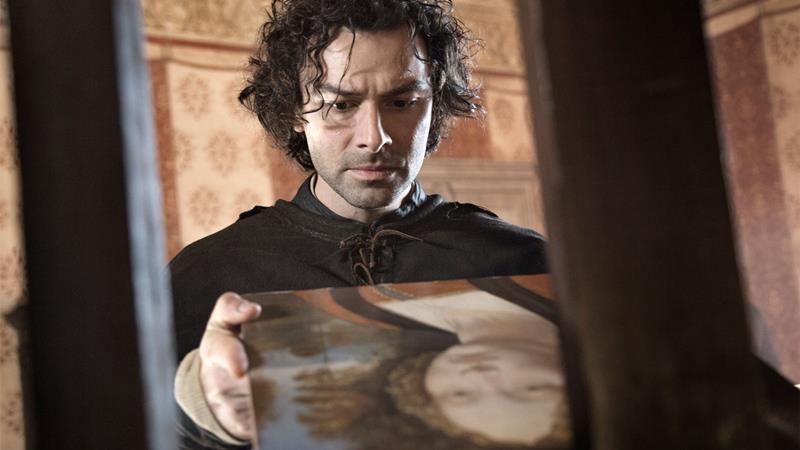 This grandiose biopic explores the secrets and drama behind one of history's most revered polymaths.

Against the backdrop of Renaissance Italy, Poldark’s Aidan Turner takes on the role of the artist, sculptor, inventor, engineer, scientist and theorist, exploring how the figure grew into the genius for which he is renowned. It also looks at the influence of his possible muse, Caterina da Cremona (Matilda De Angelis), and how she helped guide his work, which challenged the established order of the time.

Leonardo was commissioned as part of the European drama collective The Alliance, with Italy’s Rai, France Télévisions and Spain’s RTVE on-board.

The high-concept period drama comes from the experienced hands of Frank Spotnitz and his Big Light Productions, Lux Vide and Rai Fiction, who have previously clubbed together for Netflix's similarly Italian Renaissance-set series Medici: Masters of Florence and Medici: The Magnificent. It also boasts Sherlock and Vienna Blood scribe Steve Thompson as writer.

“The Italian Renaissance still seems like a kind of miracle to me,” Spotnitz tells Broadcast. “It’s a singular period in history where civilisation leapt forward in so many ways. I think we live in somewhat cynical, jaded times, so for me, it’s been incredibly moving and inspiring to write about characters who believed in things, sacrificed themselves for those beliefs and ended up setting a standard for beauty and truth that we still struggle to meet five centuries later.”

Like its predecessors, Leonardo is an opulent and lavish drama, steeped in intrigue of historic Italy’s most recognisable figures, according to Mark Young, executive vice-president of distribution and networks, EMEA, for Sony Pictures Television.

“Getting inside the mind of the genius and the drama behind his art, the series explores a tantalising mystery left unexplored by his biographers,” Young says. “It’s a sumptuous series which realises the setting beautifully and weaves a mystery story around the nature of his relationship with Caterina da Cremona, and the fate of his most famous lost painting of her, Leda and the Swan.”

The drama, which aired on Rai in Italy, is available on Amazon Prime Video in the UK and Ireland, and has its broadcasters in Spain and France via The Alliance. SPT is approaching local and global partners with the series, which Young says has “truly worldwide appeal”.

Given its linear commissioning roots and SVoD window on Amazon, broadcasters and non-traditional buyers are on the table for SPT. 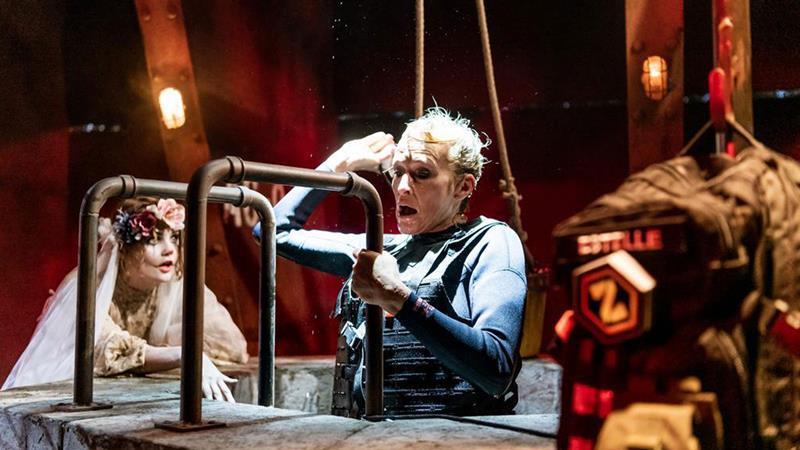 The biggest entertainment show to launch on TF1 since The Voice nearly ten years ago, District Z represents a big roll of the dice for the French network.

Set to air in December, District Z sounds like it’s either a bonkers or brilliant Saturday night adventure game show concept – and could possibly be a winning combination of the two.

Shot at night on a huge set the size of 14 football fields in the Asterix World theme park just outside Paris (although it has nothing to do with Asterix), it sees five celebrities let into the so-called District Z – an area full of zombie creatures controlled by the mysterious Professor Z.

Before the sun rises, the celebrities must overcome numerous physical and mental challenges while trying to evade the clutches of the zombies, all in a bid to open a vault full of treasure.

The series is made by leading French producer Satisfaction Group, in which Sony Pictures Television recently acquired a 20% stake. Following the deal, Sony handles the international distribution of the company’s formats.

Sarah Edwards, Sony Pictures Television SVP of global unscripted entertainment, is quick to stress that District Z is a “funny family show” and that zombies are not meant to terrify children.

“They’re mischievous rather than evil. They spend their time trying to steal the celebrities’ lives, which are hung on the back of their rucksack, and generally make a nuisance of themselves,” she says.

The celebrities are cast for warmth and humour, and the series also features regular funny characters such as a mad butler, according to Edwards.

“It's just huge and colourful,” she adds. “There's a bit of drama in it, because the challenges are obviously there to create a bit of tension. Sometimes the celebrities win, and sometimes they lose, but they are very funny. They're screaming because no one likes to be walking through the woods at night, being followed by a zombie. You get really good reactions from them.”

SPT is waiting on news of a second series commission from TF1, and aims to create a hub in France for international broadcasters to make their own cost effective versions of the show.

In France, each self-contained episode of District Z is set to run for two hours, but Edwards says that international versions need not be so long.

District Z is being pitched to major networks and streamers, and is available in key territories such as the UK, US and Germany. “It feels quite different,” says Edwards. “It's not a talent show. It is a big, big game show. And I think, given the mood that we're all in at the moment, it would be very welcome on a Saturday night.”