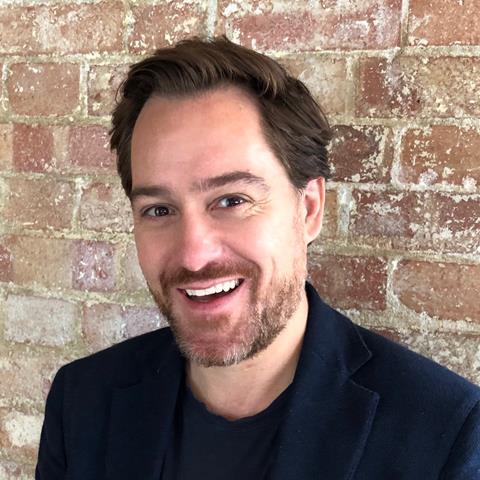 Endemol Shine Group (ESG) is gearing up for major change as its high-profile takeover by French super-indie Banijay Group nears completion this summer.

With ESG owning around 120 production companies around the world, including 20 in the UK, its distribution arm ESI has a larger catalogue than most – currently holding around 68,000 hours-worth of content.

The company’s hefty catalogue, which dwarfs that of future owner Banijay, spans genres but leans heavily towards returning formats and global brands, including the likes of Big Brother and Masterchef.

Since the Covid-19-induced lockdown, ESG has shifted focus more towards these brands as buyers seek to acquire finished tape of heritage formats, strike format deals for ‘corona-proof shows’ or repurpose archive content.

“There was a period when there was no opportunity for the world to be producing programmes, so we had to adapt and be resilient in what we were offering buyers to fill schedules,” says James Townley, global head of ESCN. “We had to realise where the opportunities were to keep our business forward-facing.”

MasterChef has performed well – another ‘corona-proof’ format that can be made under lockdown conditions – and attracts a family audience, as those difficult-to-pin-down 16-34s are forced to remain indoors.

“Buyers have been looking for stuff that is positive, heart-warming, joyous and nostalgic,” says Townley. “Risk aversion has heightened considerably. You divert to what you know and love.”

ESG has also had some success at repurposing these formats using archive, especially in the UK.

Channel 4 ordered a run of ten of the most memorable episodes of Big Brother, produced by ESG label Initial, with hosts Davina McCall and Rylan Clark-Neal introducing each episode and picking their favourite moments.

In a similar vein, Initial is also behind BBC1’s Total Wipeout: Freddie and Paddy Takeover, as the Top Gear hosts provide new commentary on the classic entertainment series, which ran between 2009 and 2012.

Also performing well are quiz shows and gameshows, such as Deal or No Deal, which recently started up again in France.

The scripted side has been a little more “business as usual”, although Townley points to an upsurge in sales of premium series such as Kudos and Imaginary Friends’ Broadchurch.

In terms of territories, the distributor is particularly active in Europe but is also targeting the territories in which it owns fewer production outfits, such as the Middle East, Africa and Asia.

John de Mol’s 2000 cultural phenomenon – an early driver of success at the younger version of Endemol – has been having quite the renaissance, with the 20-year old format picked up by a multitude of territories that haven’t the pioneering social experiment show for many years.

The format, in which contestants are locked together in a house for a lengthy period of time, with one evicted each week, has returned in the past 12 months to Poland, Finland, Sweden, Germany, Portugal, Greece and Australia, and is also returning to original home The Netherlands.

Under lockdown, it has been successfully produced in Italy, Sweden, Germany and Australia following strict safety guidelines, while, in Portugal, the show launched with a quarantine special that saw housemates isolated before the main show.

Its ten archived ‘best of’ episodes, commissioned in the UK by Channel 4, which are paired with introductions and commentary from former hosts Davina McCall and Rylan Clark-Neal, is currently captivating audiences and social media conversations alike.

“Coronavirus has shown us just how robust this format is,” says Townley.

“Big Brother has never been so active as it is now and that’s lovely to see. It is the grandfather of the reality format.”

After a measured start in its origin country of the UK, Lego Masters has taken the world by storm and could be ideal for buyers seeking family entertainment formats to populate their schedules under lockdown.

The series involves pairs competing in a quest to impress with a Lego design full of flair and creativity, with their final creations being judged by a set of ‘brickmasters’.

With imagination their sole limitation, teams are required to conceptualise and craft some of the most ambitious and impressive Lego creations ever built, as they seek a large cash prize.

Following a barnstorming reception in Australia, the format travelled to the US, where it has been co-produced by original indie Tuesday’s Child and Endemol Shine North America.

Drawing on the expertise of the Australian forebear, the Will Arnett-fronted and exec-produced series became Fox’s best-performing launch of the last year, when it reeled in almost 5 million viewers. Germany, Belgium, the Netherlands, and Sweden have swiftly followed suit in ordering local versions.

“Focus groups talk about how they love this as a brand because it creates those family moments,” says James Townley. “There is not a mother or father out there who hasn’t trodden on a piece of Lego or tried to build something with their kids. This engages an eight-year-old and a 50-year-old in equal measure.”

The family-oriented format is mainly being picked up by PSBs and commercial broadcasters to play the series weekly on linear, although Townley says future sales to OTT platforms are “not out of the question”.

Your Home Made Perfect

The adage that ‘no ideas are original ideas’ fails to ring true when applied to Remarkable Television’s Your Home Made Perfect.

On the surface, this BBC2 original appears like many other property shows but its twist is in its approach to showing improvements to people’s homes.

Using VR technology and visual effects, contributors are shown radical makeovers before anyone has opened a can of paint or lifted a single brick.

Each episode offers a light-hearted competitive structure, with homeowners in disagreement offered the once in a lifetime opportunity to experience the visions of two extraordinary architects, culminating in breath-taking home renovations.

The series has found a range of buyers abroad, including France and the Netherlands, with a raft of south European territories keeping an eye on its ratings performance in these two countries, according to Townley. “Active conversations” are also taking place in Australia and the US, he adds.

A “real positive” from the coronavirus lockdown is that many have had the time to consider home makeovers, says Townley, adding: “We can’t get out of our homes, so a show like Your Home Made Perfect increases in popularity.”

He adds that affordable budget makes the show highly adaptable. With broadcasters struggling for funds due to the pandemic, it can easily be made on a lower tariff or given far higher production values should cash be available.