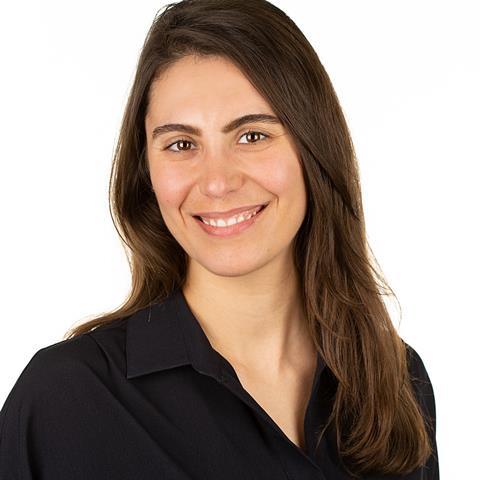 TCB Rights has undergone “rollercoaster” couple of months, with its former parent company Kew Media Group dissolving and being acquired by Australian producer-distributor Beyond International via its Ireland-based subsidiary Beyond Entertainment.

The recent departures of chief executive Paul Heaney and executive Dina Subhani following the sale are the latest developments in the fast-moving story.

Head of sales Simona Argenti says it is “a testament to the whole team that everyone has been working and powering through, with all the challenges of Covid and the Kew administration sagas”.

Despite major existential concerns, TCB has been operating a “business as usual” policy for these times. The coronavirus lockdown and subsequent cancellation of major distribution markets has not subdued its operations, with the company posting record sales of more than 400 hours in the first quarter of the year – a significant return for a sales house which boasts just shy of 3000 hours of factual programming in its catalogue.

During lockdown the company has bolstered its slate by acquiring finished content such as Lambent Productions’ The World’s Greatest Paintings, as well as moving from its historical position of working with English-language programming to ramping up its foreign-language content.

Undercut: Wooden Treasure, from Italian outfit GiUMa Produzioni, is something the company expects to “do well in the rest of Europe”.

With buyers scrabbling for content, TCB is entertaining “a lot of second window expectations” for the non-English-language programming on its slate. The pandemic has revealed the collegial side to buyers, with broadcasters collaborating to make sure they all have premium programming.

“All the broadcasters have been banding together to share local-language versions so they both can benefit,” she says.

“So, if there is a pay TV buyer for a show, it may take a shorter window or concede a second window to allow a free-to-air broadcaster to access the show as well,” she explains.

Argenti says broadcasters are more willing to give the rights to a second window during the coronavirus lockdown and are also coming together to share dubbed versions. Although this could see two broadcasters ending up airing the same show at the same time, some buyers are comfortable with this.

“All the dubbing studios are closed, and it’s been a challenge to board new content,” she adds. “Broadcasters are now more relaxed because they’re in need of content, and it’s in their interests to collaborate.”

TCB is also repackaging content, marketing their long-running series as viable daytime programming to clients. Sales meetings have taken place over Zoom and in person, where possible, with respect to social distancing rules. “We just wanted to keep momentum going,” explains Argenti.

ITN’s vast archive bolstered the authoritative voice of eight-part series Elizabeth, which explores the life of the Great Britain’s longest serving monarch. The use of exclusive clips is further strengthened by the quality of contributors, from members of the royal household – many of whom have never spoken in such detail about their time with our Queen previously – to never-seen-before interviews with former UK prime ministers including Tony Blair.

Argenti says the positive “We’ll meet again” message that the Queen delivered recently, encouraging the British people to stay resolute in the face of lockdown and self-isolation, travelled around the world, adds to the show’s global appeal.

“It was pretty amazing when we secured the series, the Queen is amazing and though she’s the longest serving monarch, we know so little about her,” says Argenti. “Through the series we’re giving audiences the opportunity to glimpse into her life.”

Equipped with full international rights, TCB has been targeting the commonwealth, in which the Queen resonates, having already secured business in Africa, Canada, Australia and New Zealand. Outside the commonwealth Elizabeth has travelled to CEE, Hungary, Denmark, France and Latin America. Conversations are ongoing with US broadcasters, with TCB keen to secure a home in another key market in which the Royals resonate.

“There is always a big appetite for royal content and now under lockdown there is more desire for escapist content, so that’s relevant here,” adds Argenti.

A TCB Media Rights Original, produced by Monster Films, Plane Reclaimers has exclusive access to a facility providing end-of-life services for aircrafts near Barry in Wales. The company, eCube Solutions, strips planes of its useful parts, while recycling the aluminium.

The series was a product of a TCB’s television development day and helmed by the company’s commissioning editor Hannah Demidowicz, who worked closely with Monster. The company has been extremely active in the commissioning arena in recent years, having ordered premium factual series How I Created a Cult from Conscious Life, which is being developed in conjunction with Spring Films. Demidowicz serves as exec producer on the project.

Plane Reclaimers is currently airing on Quest in the UK, a deal which Argenti says was a “big bet” for an original commission. Over the three parts that have already premiered, audiences have hit 244,000, outperforming its slot average on Quest. Its strong ratings has filled the company with confidence for its performance in the continent, according to Argenti.

The series also fits nicely into an international trend TCB has observed under lockdown, which is an increase in demand for the ‘tough job genre’. With lockdown fuelling appetite for male-skewing content, appropriate buyers will be targeted by TCB.

“No one has had access to the facility before,” says Argenti. It is the access coupled with the machinery used and the tasks at hand that would sate the desire from the growing lockdown male audience. The series has already sold to Iran, CEE, Benelux, Italy as well as the UK.