“This pop-history romp made irresistible viewing” 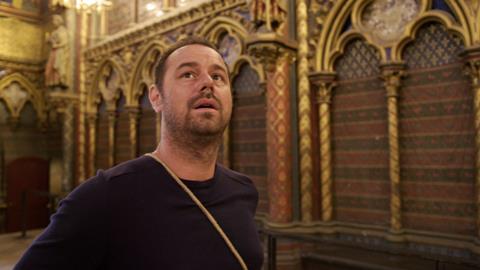 “Intellectual snobs might have clutched their pearls in horror at the very notion of Danny Dyer’s Right Royal Family yet this pop-history romp made irresistible viewing. One of Lord Reith’s three boxes was ticked: it might not have been terribly educational or informative but it was certainly entertaining.”
Michael Hogan, The Telegraph

“It’s a romp. It’s not going to win any awards, but let go your worries and your cares and your calculations as to what portion of the licence fee was annexed to make it, and enjoy.”
Lucy Mangan, The Guardian

“Danny Dyer’s Right Royal Family is in two hour-long parts and is definitely milking it now; royal teats are being wrung like an old dishrag. But it was entertaining and informative, even if Dyer did say ‘Faaackin’ ’ell’ in Notre Dame Cathedral.”
Carol Midgley, The Times

“Dyer is a gift to television: hysterical, naughty, unscripted, and charming. He cannot fail to entertain; the problem is, nothing can live up to the brilliance of that WDYTYA episode and the hamminess of this dumbed all that down a touch.”
Sarah Carson, The i

“Instead of claiming royal heritage for Danny exclusively, the show would have been more engaging if it had told the truth, that tens of millions of us are descendants of these primal kings.”
Christopher Stevens, Daily Mail

Horizon: We Need to Talk About Death, BBC2

“This was an intelligent, thoughtful and necessary documentary. Dr Kevin Fong has a wise presenting style, never gurningly overemphasising words as some do. We need more programmes like this.”
Carol Midgley, The Times

“This thought-provoking film found Dr Fong asking questions which face not just the medical profession but every one of us. Fong was an unobtrusive host, letting the professionals and patients do the talking.”
Michael Hogan, The Telegraph

“We Need to Talk about Death was a dignified and thoughtful examination of how we care for the dying. The subject sounds bleak, but instead this felt frank and pragmatic.”
Sarah Carson, The i